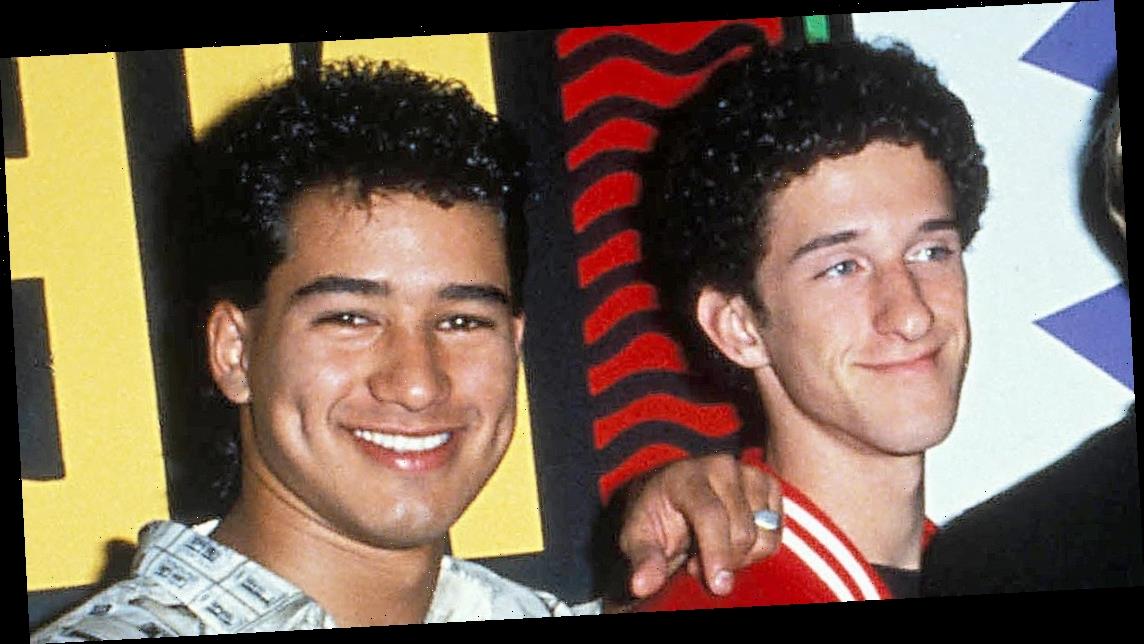 Remembering his friend. Mario Lopez opened up about the death of his former Saved by the Bell costar Dustin Diamond during the Monday, February 1, episode of Access Hollywood, hours after news broke that the actor had lost his battle with cancer.

“It is with a heavy heart that I announce my friend and Saved by the Bell costar Dustin Diamond passed away this morning at the age of 44 from stage IV cancer,” Lopez, 47, said during his emotional statement. “He was like a little brother to me, we always remained in contact over the years. I actually just spoke with him a couple of weeks ago after he got his diagnosis. Even then, he was full of energy and he was so optimistic. Life is just so fragile and not to be taken for granted. Our prayers are with Dustin’s family and his friends.”

Earlier in the day, the host paid tribute to Diamond via Instagram, sharing multiple photos of them together and writing, “You will be missed my man. The fragility of this life is something never to be taken for granted. Prayers for your family will continue on.”

Lopez and Diamond played A.C. Slater and Samuel “Screech” Powers, respectively, on NBC’s Saved by the Bell, which aired from 1989 to 1993. The actors then starred alongside each other in the spinoff, Saved by the Bell: The College Years, and two spinoff movies, Hawaiian Style and Wedding in Las Vegas.

Diamond’s publicist confirmed his death to Us Weekly on Monday, revealing that he had passed away from carcinoma at age 44.

“He was diagnosed with this brutal, relentless form of malignant cancer only three weeks ago. In that time, it managed to spread rapidly throughout his system; the only mercy it exhibited was its sharp and swift execution. Dustin did not suffer. He did not have to lie submerged in pain. For that, we are grateful,” publicist Roger Paul said in a statement. “He has become a larger part of our everyday life: A part of our family and friend circle.”

Paul continued, “Dustin was a humorous and high-spirited individual whose greatest passion was to make others laugh. He was able to sense and feel other peoples’ emotions to such a length that he was able to feel them too—a strength and a flaw, all in one. Dustin Diamond was a character in and of himself: an unpredictable spitfire who always left us shocked, but never left us bored. We are thankful he trusted us enough to share his genuine, authentic self with our team. We wish you knew him in the way that we did.”

‘Saved by the Bell’ Alum Dustin Diamond’s Life in Photos

Following the news, many other Saved by the Bell stars spoke out about the loss. Mark-Paul Gosselaar, who portrayed Screech’s best friend Zack Morris, tweeted, “Deeply saddened to hear of the passing of Dustin Diamond, a true comedic genius. My sincere condolences to his family and friends. Looking back at our time working together, I will miss those raw, brilliant sparks that only he was able to produce. A pie in your face, my comrade.”

Tiffani Thiessen, who portrayed Kelly Kapowski, added, “I am deeply saddened by the news of my old co-star @realdustindiamond passing. Life is extremely fragile and it’s something we should never take for granted. God speed Dustin.”

“Words cannot express the grief that I am feeling right now. Dustin and I had a warm and special friendship, he was a caring gentleman, and my memories of him will always be cherished,” she said in a statement to Us. “I am so very sorry he is gone. But it’s exceptionally sad for his close loved ones who have to deal with his tragic death and their own great loss. My heart goes out to them at this trying time.”