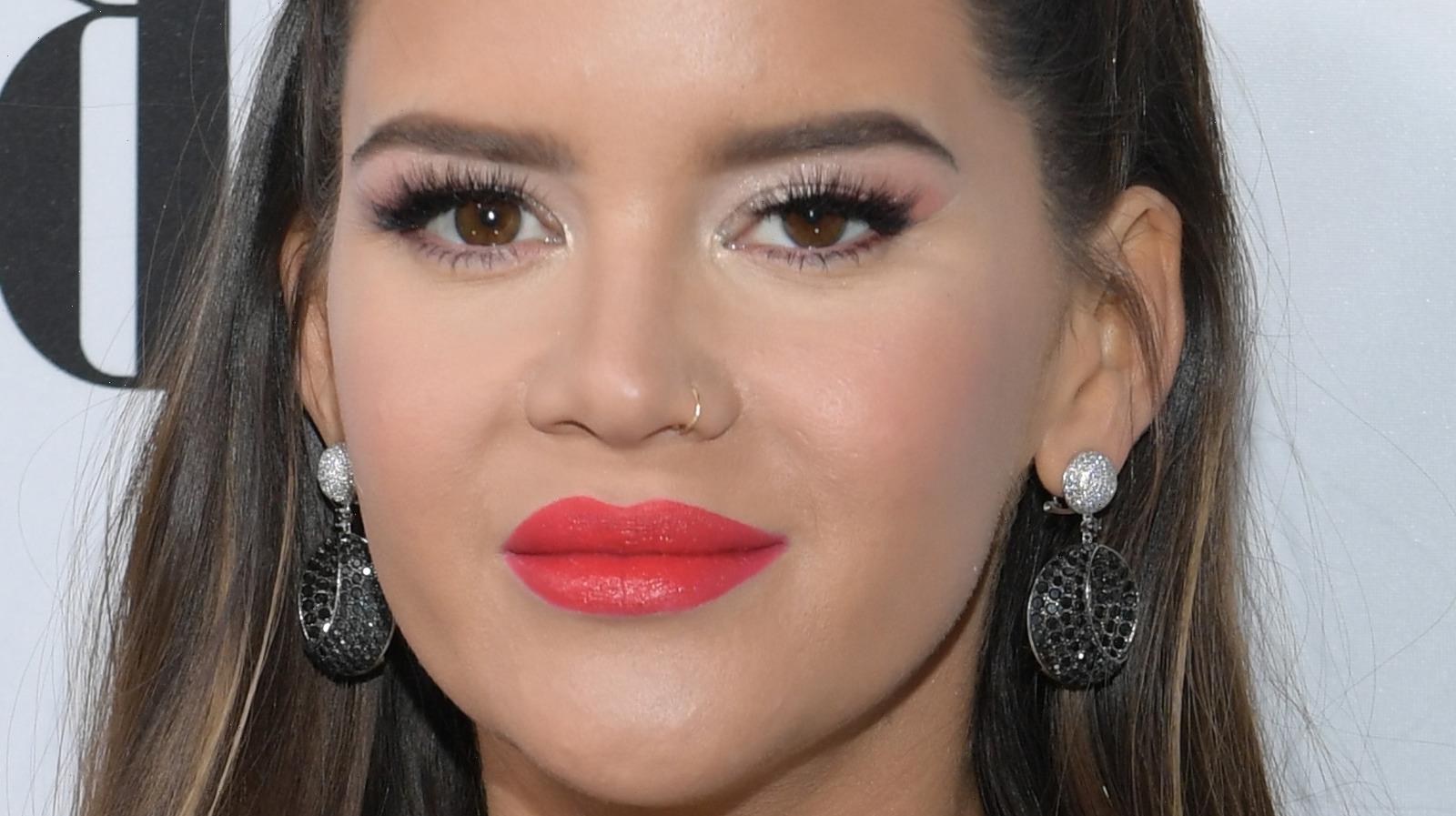 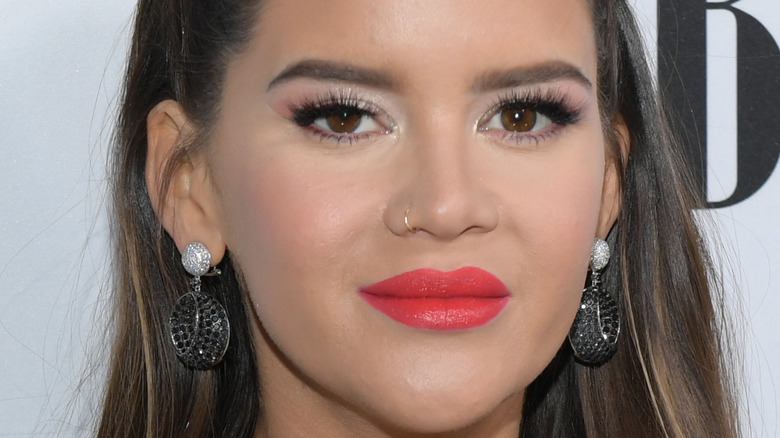 Country star Maren Morris was one to watch at the 2021 Grammy Awards. The “My Church” singer was nominated for the Best Country Song award for her hit track “The Bones” (via Grammy). Aside from earning her eleventh Grammy nomination, the 31-year-old performed the chart-topper at the award show with country legend John Mayer. Morris explained to ET Online that she’s a longtime fan of Mayer and has always appreciated his support. When she learned she would be performing at the award show she asked Mayer to play the guitar for the performance. She explained, “He graciously said yes and he has just elevated this song to an even higher level than I thought. I am just so grateful that he said yes.”

While Maren and Mayer’s live rendition of “The Bones” was beautiful, the former lost the Best Country Award to The Highwomen’s “Crowded Table.” However, she certainly received top marks for her purple silk gown. The country singer regularly dazzles at every industry event she attends and was gracious enough to open up to ET Online about the inspiration behind her enviable look.

Maren Morris drew from a specific decade to create her look 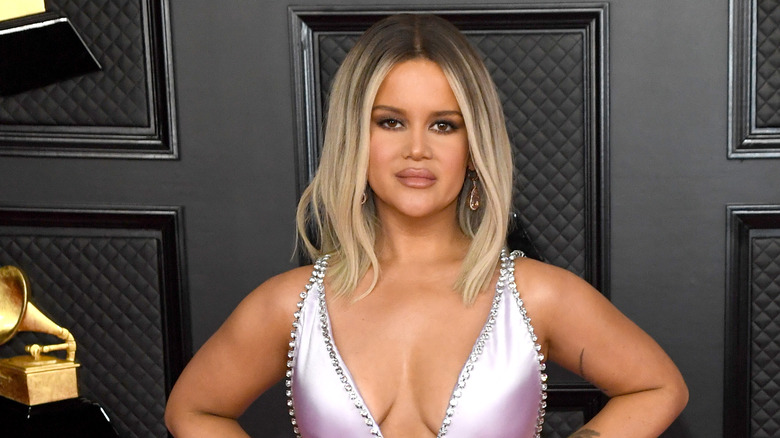 At the 2021 Grammy Awards, Maren Morris stepped out in a stunning silk lavender dress. The curve-hugging gown featured a diamond pattern lining created by silver crystals. The singer told ET Online that the jaw-dropping dress was made just for her. She said, “It’s Dolce & Gabbana, custom.” She explained that the Italian fashion house drew up a design that fit the occasion perfectly. Morris continued, “I saw the sketch and it reminded me of the roaring ’20s, and I feel like we are back in those again. So, it’s going to kick it off the right way!”

To complete the look, Morris wore her signature blonde tresses loose with subtle waves that perfectly framed her face. For her makeup, the singer kept things rather simple. She sported smokey eyeshadow and a nude lip. Her jewelry consisted of teardrop Peach Morganite LeVian earrings and a single Kallati ring, which featured a giant stone that matched the earrings perfectly.