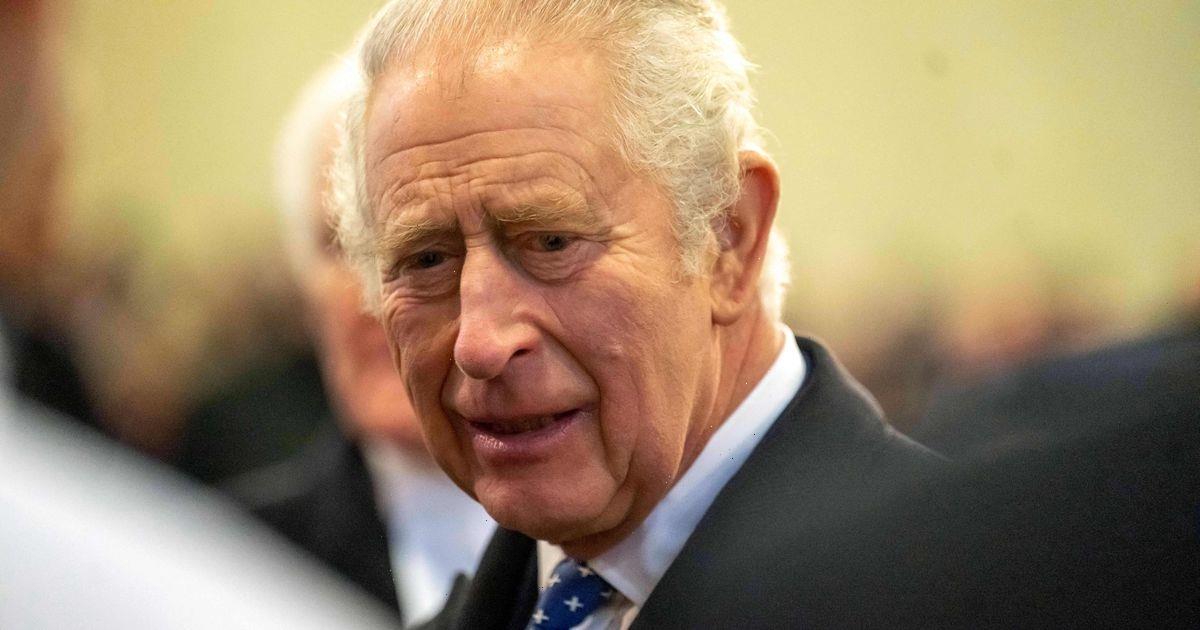 After eggs were thrown at King Charles III during a walkabout in York last month, the Crown Prosecution Service (CPS) has authorised North Yorkshire Police to charge student Patrick Thelwell with threatening behaviour.

The 23 year old, from York, will appear at York Magistrates' Court on January 20 charged with threatening behaviour contrary to Section 4 of the Public Order Act 1986.

On November 9, Charles, 74, and Camilla, Queen Consort had just arrived in the city to unveil a statue in honour of the late Queen Elizabeth II at York Minster when a figure in the crowd threw four eggs – all of which missed them.

The couple were being welcomed by local dignitaries on their visit when a protester started booing them. The King continued shaking hands with a member of the public as the eggs flew in his direction, pausing briefly to look at the shells cracked on the ground. He and Camilla, 75, were ushered away by security shortly after.

Police officers at Micklegate Bar, a medieval gateway and focus for grand events, were seen restraining a man on the ground behind temporary fencing set up for the royal visit. People in the crowd started chanting "God save the King" and "shame on you" after the eggs were thrown.

The King appeared unfazed as he went on to greet various bystanders.

Announcing the charges in Patrick’s case, head of the CPS Special Crime and Counter-Terrorism Division, Nick Price, said in a statement: "The CPS has authorised North Yorkshire police to charge Patrick Thelwell with threatening behaviour contrary to Section 4 of the Public Order Act 1986. This follows an investigation by police into an incident in which eggs were thrown at HM The King in York on November 9 2022.

"The Crown Prosecution Service reminds all concerned that criminal proceedings against Patrick Thelwell are active and that he has the right to a fair trial." Earlier this month, Bedfordshire Police said a 28-year-old man, who they refused to name, had been charged with a public order offence following a similar incident outside Luton Town Hall.

The unnamed suspect is due to appear at the town’s magistrates' court on January 9 next year.

In other news, Charles was pictured in doting grandad mode last week as he kissed Prince George and Princess Charlotte at Kate Middleton's carol service at Westminster Abbey, which will be broadcast on ITV on Christmas Eve.