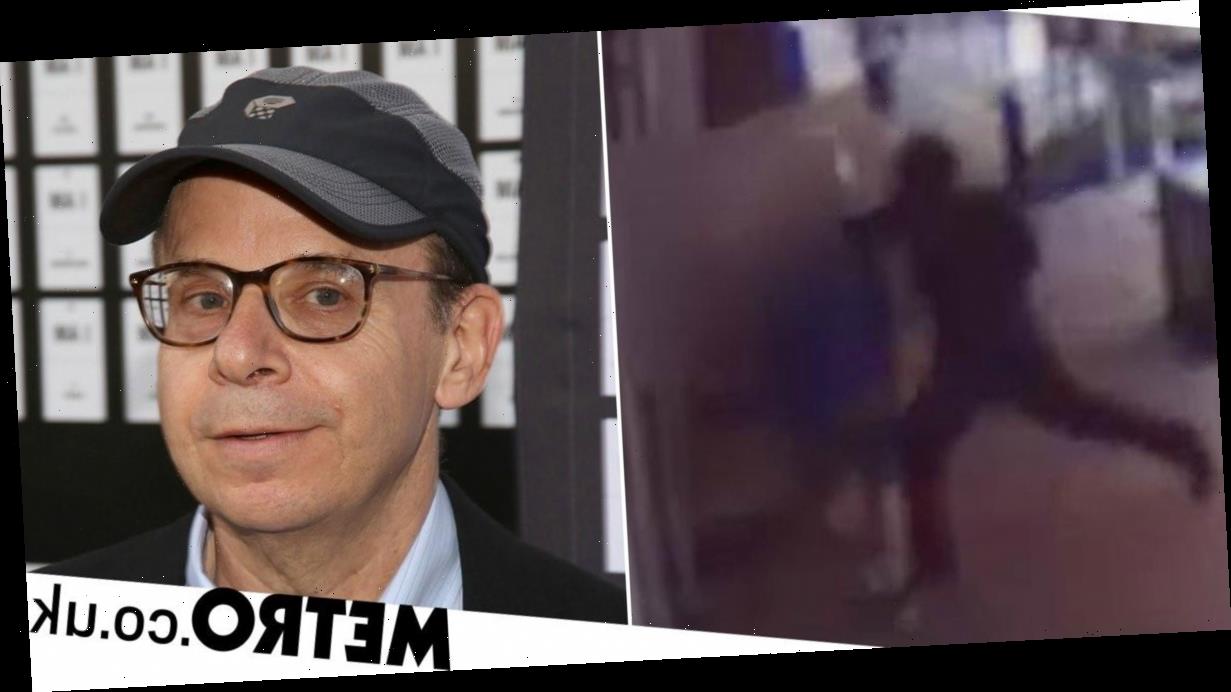 A suspect in attacking Rick Moranis has been arrested by the New York Police Department.

On Saturday, Marquis Ventura, 35, was arrested in connection with the random assault of the Honey, I Shrunk The Kids actor last month.

A tweet from the NYPD account read: ‘Thanks to an eagle-eyed sergeant from @NYPDTransit, this suspect has been apprehended and charged.’

According to NBC News, Ventura was spotted by transit officers in the subway system near 72nd Street and Broadway, just a few blocks from where the assault took place.

Ventura was arrested on suspicion of assault in the second degree, which includes the allegation that he had ‘intent to cause serious physical injury to another person’.

The attack occurred on October 1, with CCTV footage showing a man wearing a black ‘I (heart) NY’ sweatshirt hit Moranis, 67, with a sucker punch and knock him to the ground on Manhattan’s Upper West Side.

Police did not identify the victim of the ‘random unprovoked assault’ as the Little Shop Of Horrors actor at the time, but Moranis’s rep later confirmed that he had been attacked.

The star went to a local hospital with pain in his head, back and hip, and reported the incident to the 20th NYPD precinct.

A statement read: ‘Rick Moranis was assaulted on the Upper West Side yesterday. He is fine but grateful for everyone’s thoughts and well wishes.’

The assault horrified fans, who took to social media to appeal for information on the identity of the attacker.

Captain America star Chris Evans was among them, with the actor tweeting: ‘My blood is boiling. Find this man. You don’t touch Rick Moranis.’

Moranis was a prolific actor throughout the 80s and 90s, starring in beloved films including Ghostbusters, Little Shop Of Horrors, Spaceballs and the Honey, I Shrunk The Kids series.

However, in 1997, he left acting to focus on raising his children Rachel and Mitchell, after the death of his wife Ann Belsky in 1991, only providing voice work for a number of films.

Fans were delighted this year, though, as Moranis made a return to the spotlight, appearing in an ad for Mint Mobile alongside Ryan Reynolds.

The Canadian actor will also be making a return to live-action movies after 23 years as he reprises his role as Wayne Szalinski in Shrunk, a new sequel in the Honey, I Shrunk The Kids series.

‘Welcome back my friend. We all missed you more than you can know.’

MORE : David Fincher suggests Joker starring Joaquin Phoenix was a ‘betrayal of the mentally ill for a billion dollars’

MORE : WWE’s Alexa Bliss gets engaged to boyfriend Ryan Cabrera exactly a year after they met