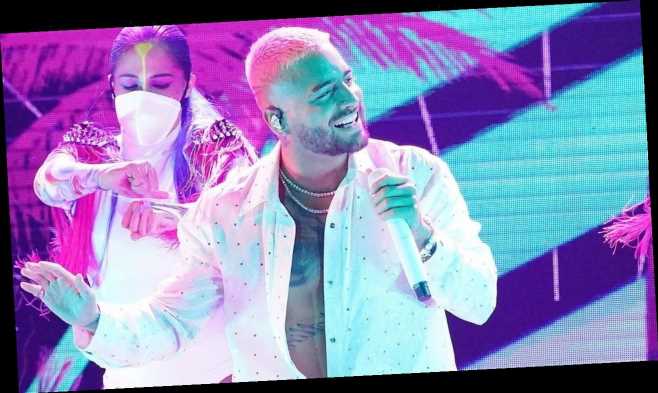 Maluma just announced some major news. The singer celebrated his 27th birthday on Thursday by going on Instagram Live and sharing that he was dropping a new album, titled #7DJ (7 Days in Jamaica).

Prior to the major announcement, he teased that he had something to share with his fans — many speculating that he was going to be a dad after posting snaps of him kissing a woman’s belly.

“Do you want to know if I will be dad or no?” he jokingly asked in Spanish before reading a fan question that read, “Can I take care of your baby when you go on tour?”

“What am I naming the kid? Will it be a girl or a boy?” he continued reading fan questions. “I haven’t even said I’m going to be a father, people are just saying things.”

He also shared that the upcoming LP will feature seven songs and seven videos, which will be posted on his YouTube page.

“This is a very special project for me. I have been working on it for a very long  time,” he explained, adding that it stemmed from his trip to Jamaica and was meant to be released before Papi Juancho.

Papi Juancho was released in August. ET spoke with Maluma back in April, where he opened up about his trip to the island and how it inspired his song, “Amor De Mi Vida,” which he wrote when he was feeling “so sad and so mad” over not being able to fly in to attend the GRAMMYs, where he was nominated. Then, his perspective changed.

For more on Maluma, watch below.