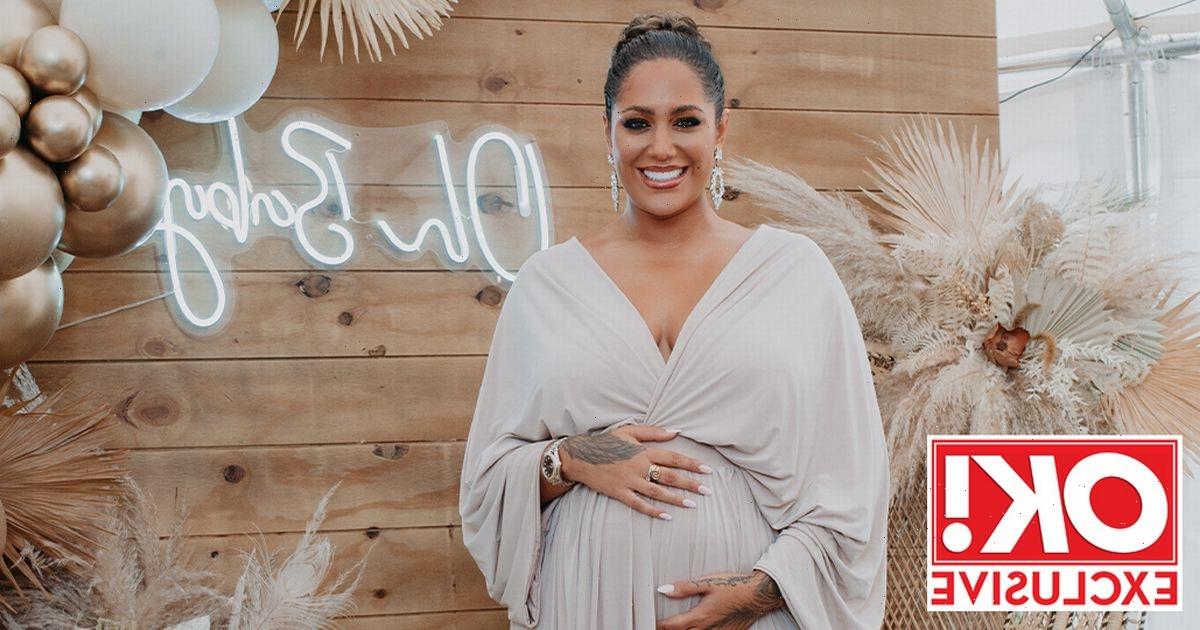 The former Love lsland star found out the wonderful news at her scan and revealed the news to her friends and family when a plane blowing out pink smoke flew over the garden of her home in Cambridgeshire – and invited OK! along for the special day.

Malin was joined by 80 of her closest friends and family for the gender reveal party, including fellow ex-Islander Jessica Hayes and a whole host of Disney Princesses.

Of the moment she discovered she was expecting a little princess of her own, Malin exclusively told us: “From the get-go I knew it was a girl, I had this gut feeling. So I was super happy. It just made sense to me.”

Malin, who is 15 weeks pregnant and expecting the baby with her boyfriend Jared, continued: “[It’s] really surreal. When the plane was circling around the sky, it took ages to show the coloured smoke.

“Even though I knew what the gender was, because I went to the scan myself, when I saw the smoke it brought up loads of emotions.”

Malin added that the party left her feeling “really emotional”, and it’s no wonder given what the reality star has been through during the last few years.

Her beloved mother sadly passed away following a battle with cancer in 2017. And 15 months later her first baby daughter, who she named Consy after her mum, lost her life a month after arriving into the world seven weeks early.

To add to her heartbreak, Malin then went through a miscarriage and suffered domestic abuse at the hands of her ex, Tom Kemp.

Malin said of learning here baby's gender: “It made me feel really emotional. It confirmed it was real, in a weird way. It was like a little miracle and a blessing.”

The ex-Love Islander is the first to admit that she’s nervous about this pregnancy and is feeling “protective” because of what she’s been through previously.

Thankfully the 28 year old’s partner Jared has been “amazing”, but Malin admits her other half prefers to live life out of the spotlight.

Malin rose to fame on the second series of the rebooted ITV2 dating show and has since gone on to become a motivational speaker, while her hundreds of thousands of followers are also constantly praising her for her honesty and body positivity.