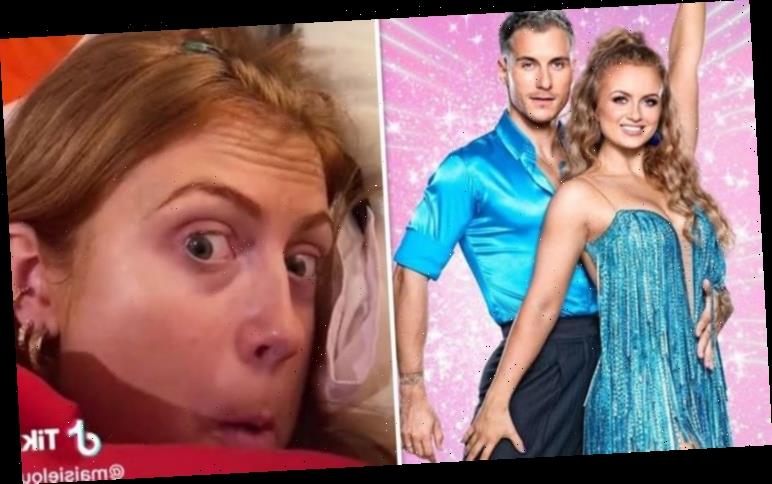 Strictly Come Dancing 2020 contestant Maisie Smith, 19, is no stranger to following trends on TikTok, where she has a staggering 1.8 million followers. Most recently, she shared a video of herself eating grapes as she told fans she had spilled a “bad boy piece of information” in a group chat.

The EastEnders actress was seen on her bed as she pulled a number of mischievous faces to the camera.

Insisting she had caused a reaction, she raised her eyebrows and began to laugh.

Maisie captioned the video: “How I be watching the group chat kick off after dropping a bad boy piece of information.”

It is not known what information or which group chat the actress was referring to. 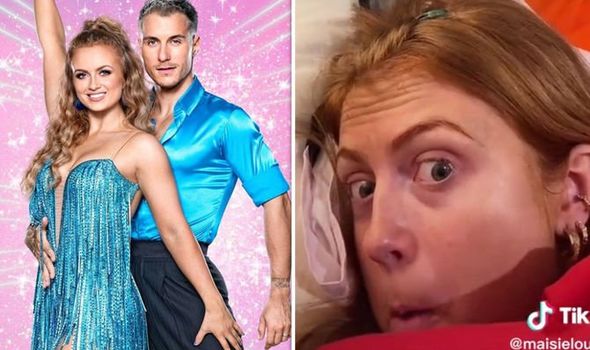 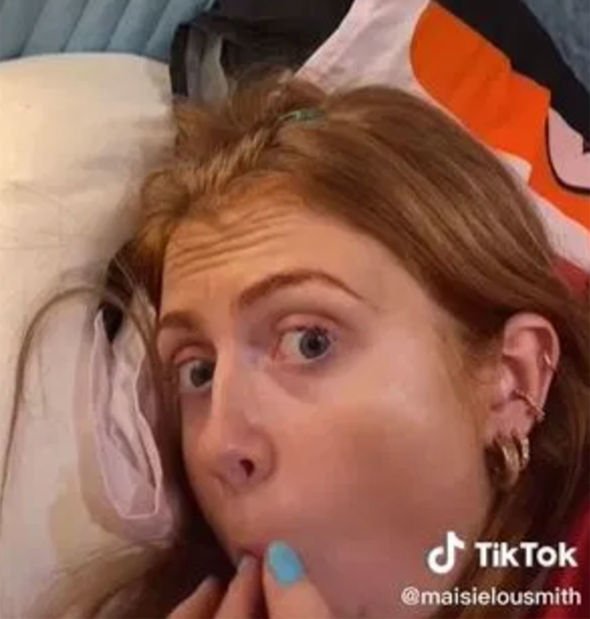 One user commented: “Best feeling, but also can start drama, I love it!”

A second wrote to a friend: “This used to be us just sitting on the chat watching them argue.”

Others took the opportunity to wish Maisie good luck ahead of her first live show of the series tomorrow. 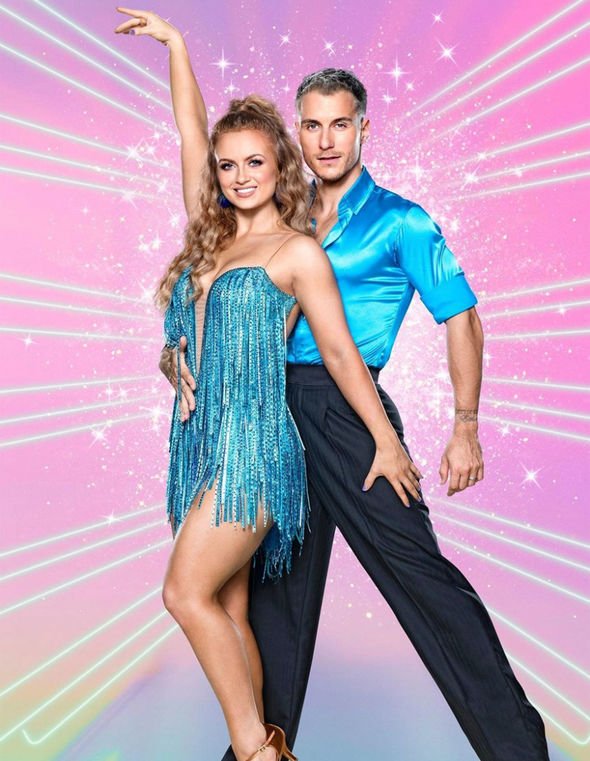 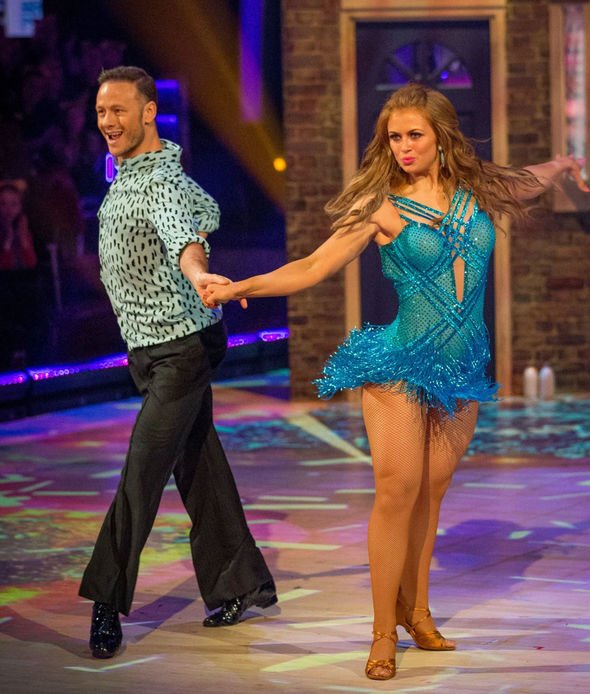 The EastEnders star will be taking to the dance floor with her professional partner Gorka Marquez.

Maisie has previously said she could be the “dark horse” of the series, despite winning the Children In Need special last year.

Speaking on This Morning, she said: I’m not going to lie, I’ve got dancing experience.

“I’ve done a bit of hip-hop and street dance throughout my time but I have no technical ability at all.”

She went on to say she believes her previous victory was “an absolute fluke”.

Maisie and Gorka will perform a Samba to Gloria Estefan’s hit with the same name tomorrow night.

She is this year’s youngest contestant behind 21-year-old popstar HRVY.

The pair recently said they believe they are each other’s biggest rivals in the series.

Maisie revealed: “I’ve spoken to HRVY actually, and he said he feels like he’s got a bit of competition and I said ‘Ditto!’

“So, I feel he’s my biggest rival!

“I haven’t spoken to anyone yet but I’m looking forward to seeing them all soon.”

Strictly Come Dancing continues this Saturday at 7.25pm on BBC One.