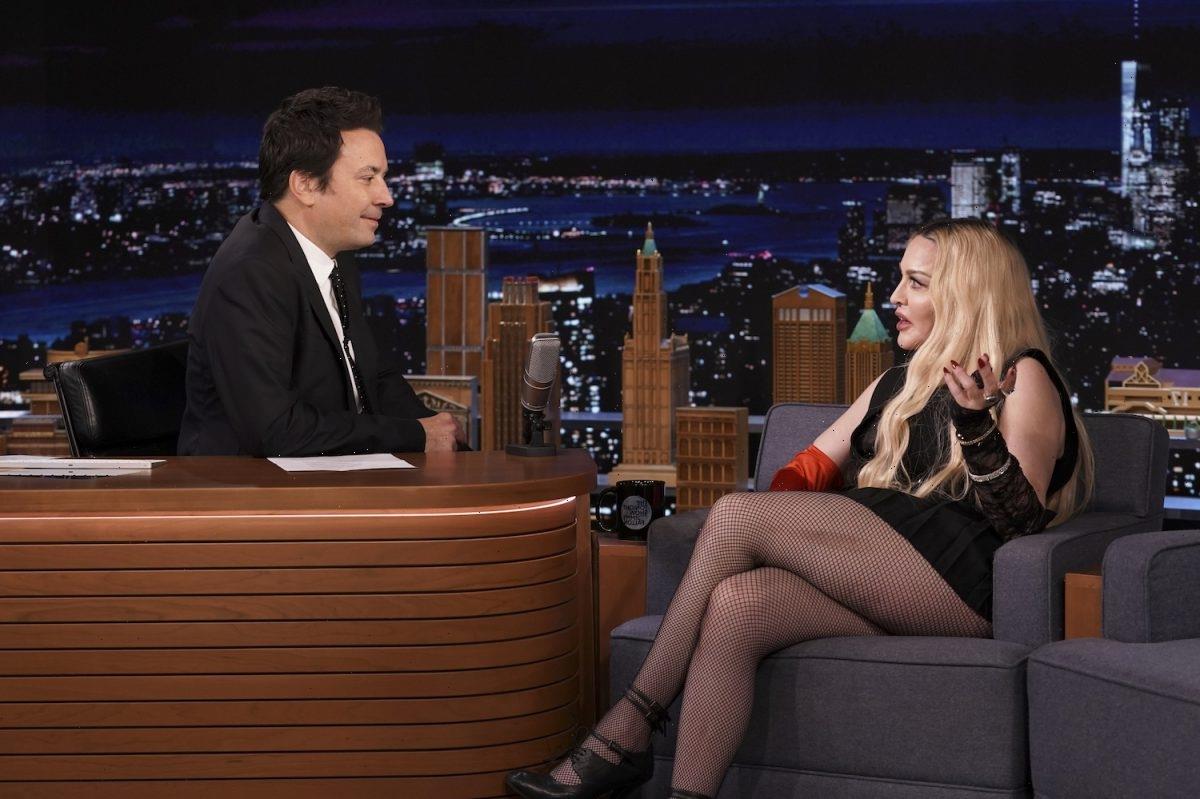 Madonna doesn’t have a lot of regrets in her career but there are a couple of movie roles she said she wished she hadn’t turned down, including The Matrix. During an interview on The Tonight Show Starring Jimmy Fallon, Madonna shared her thoughts on passing up roles in The Matrix and Batman Returns.

Madonna said she regrets turning down ‘The Matrix’

Madonna sat down with Fallon for an Oct. 7 interview and he fired off questions for her to clear up rumors “that may or may not be true,” including her thoughts on passing on a few iconic movie roles.

“Myth or a rumor: you turned down the role of Catwoman in the film Batman Returns and the lead in Showgirls, you turned down,” Fallon said. “Did you ever see those movies and what did you think of them?”

Madonna confirmed that she had seen both movies and only regretted passing on one of them. “I saw them both and I regret that I turned down Catwoman,” she said. “It was pretty fierce. Showgirls, no.”

Then Madonna dropped a little-known fact about passing on another high-profile role she said she regrets. “I also turned down the role in The Matrix. Can you believe that?” she shared. “I wanted to kill myself. That’s like one of the best movies ever made.”

“A teeny-tiny part of me regrets just that one moment in my life,” she added.

Madonna didn’t reveal which role, but it’s assumed she turned down the lead role of Trinity, played by Carrie-Anne Moss.

Madonna shed some light on other rumors about her

Less iconic, but worth a mention, Fallon asked her if it was true that she got fired from her first job at Dunkin’ Donuts. “Yeah, it was one of the first jobs I had working when I moved to Manhattan and I did get fired because I was playing with the jelly squirter,” she confirmed.

Fallon also asked her about one of her most popular songs ever. “‘Vogue’ was originally only going to be a B-side because it wasn’t considered strong enough to be released as a single,” he said. She confirmed that was true, sharing, “There’s a lot of unenlightened people in the world. They can’t see into the future.”

Madonna eventually shut down Fallon’s line of questioning, pushing his interview question card on the desk which prompted him to say, “Wow. You’re unbelievable — why? Why are you such a trouble maker?”

Madonna explained, “Because artists are here to disturb the peace!”

Fallon admitted before interviewing Madonna that her appearance made him nervous. “Madonna’s been on the show many times and she never does anything that we plan,” he explained. “We can go over all the questions and then she comes out and says something else and takes over the show and it’s nerve-wracking for me.”