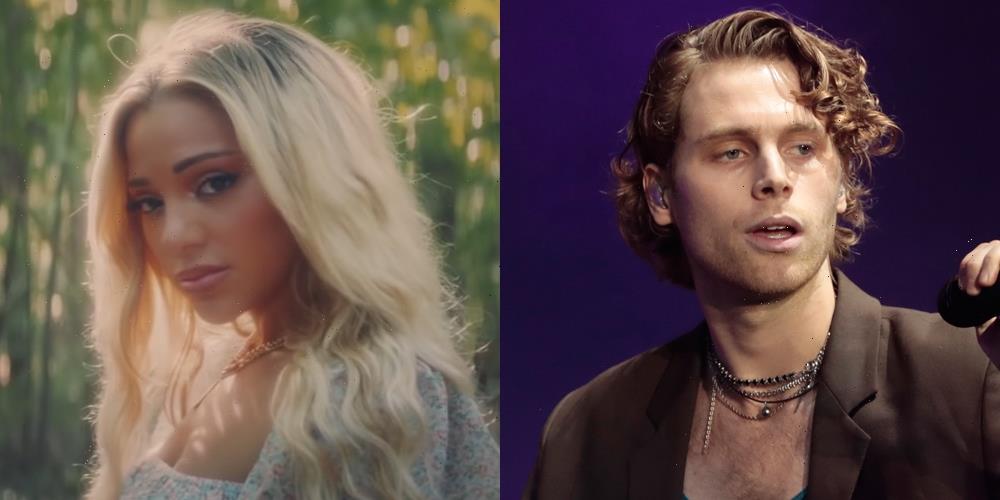 Luke Hemmings just released his debut solo album, When Facing The Things We Turn Away From, on New Music Friday (August 13)!

Click inside to listen and find more new music…

“I’ve loved songwriting for my whole life. I’m in a constant pursuit of bettering myself in that department. My entire world revolves around music. By writing these lyrics, I learned about myself,” he shared in a statement. “A lot of the songs are about now, but some of them are written from the perspective of a 17-year-old kid in the thick of the industry.”

“Those perspectives clash on this album. It was a challenge to create on my own for the first time rather than in the context of a group,” Luke continued. “I wrote out of need, because it’s what I love. After a couple of weeks, I thought, ‘What am I going to spend my time doing?’ I started exploring and doing my own production. It didn’t sound similar to the band, and I wanted to push myself. That was the genesis of it.”

Also out with new music is Gabi DeMartino, with her song “Not Today.” She also dropped the accompanying music video!

HSMTMTS co-stars Dara Renee and Frankie Rodriguez teamed up for an “Into The Unknown” remix for the upcoming special, Disney Princess Remixed – An Ultimate Princess Celebration.

We also have new music from Kevin Quinn with “Wildfire,” Madeline The Person with “August” feat. Adam Melchor, The Driver Era with “#1 Fan” and a song from Lele Pons, Black Eyed Peas and Saweetie.

Check out all of the new music below!