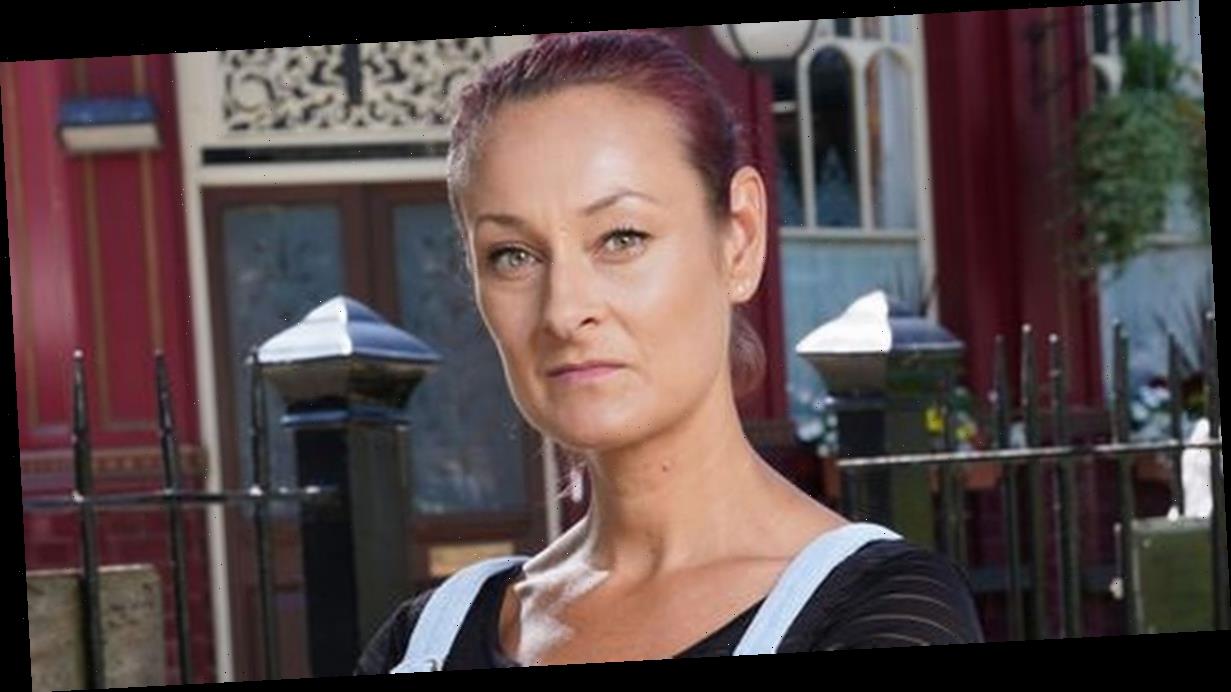 The 45 year old, who recently stunned as she showed off a hidden tattoo in a topless photo, took to her Instagram to reveal the shocking news with her 60,100 followers.

The stunning star posted a selfie as she told her loyal fans: "Finally the time has come to say goodbye to my EastEnders family. I am leaving EE at the end of the year! After 7 awesome years it’s time for me to move on and get excited about other projects!

"I have had the most amazing time on EE and will miss the cast and crew so much. But I am also completely excited about the new adventures that await me."

The soap actress went on to gush over her cast mates as she said: "It’s been an amazing ride. Being part of the 30th anniversary, the live eps, the Carter family, working every day with my best friends. @officialdannydyer @Kelliebrightofficial and #LindaHenry I love you more than anything in the world.

"Thank you to all the awesome and loyal fans for your support and love of Tina. I have appreciated it so much."

Many of her celebrity friends and co-stars immediately flocked to the comment section to wish the star well as she embarks on her new adventure away from EastEnders.

Danny Dyer, who plays Mick Carter, wrote: "Lu Lu you are such an incredible woman. Micks gonna miss his nutty sister so much. Only beautiful spiritual creative things await you. Love you," followed by a red heart emoji.

Fans were shocked by the news as one person said: "Oh no not another good actor leaving what is going on over there at eastenders all the decent characters are going," [sic] followed by a crying emoji.

Soap stars in the news

Another chimed: "owwwww you’re like one of my faves! Was so hoping you’d have a romantic story line good luck for the future though," [sic] with five anguish emojis, a broken heart emoji and a fire emoji.

While a third added: "Noooooo sick of the best ones leaving because they are left as glorified extras in scenes instead of using ye to your full potential it's ridiculous," with a crying emoji.