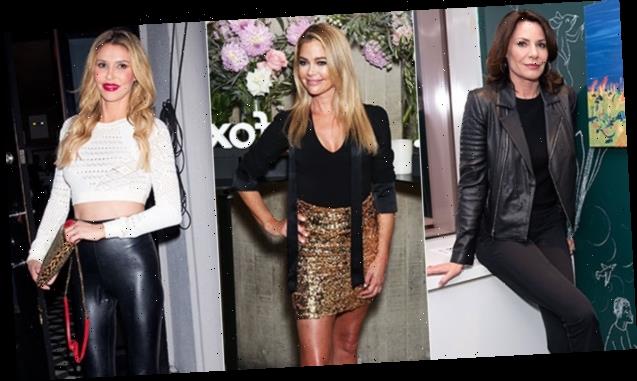 Luann de Lesseps weighed in on the Denise Richards and Brandi Glavnville hookup drama in a new interview! The ‘RHONY’ star seemed to back the actress and even explained how she would’ve acted if she was in Denise’s position.

Even if Denise Richards and Brandi Glanville were intimate with each other, Luann De Lesseps doesn’t see what the big fuss is about. In a new interview, The Real Housewives of New York star, 55, was asked about the explosive drama, which has served as the central topic of The Real Housewives of Beverly Hills‘ 10th and current season. If it were  Luann, she’d tell every dirty detail, without hesitation.

“I don’t really see what’s wrong with that, I mean we live in such a world today — why not just cop to it, be like, OK, so I slept with Brandi, who cares?.’” Luann said during an August 13 virtual interview with Jenny McCarthy. “And I would’ve said, ‘I had the the best orgasm ever’ … What about how I was in bed? Let’s talk about that?” Luann said.

“I kind of feel bad for Denise,” Luann added, noting, “She really got caught in a precarious situation.”

Jenny went on to bring up a recent moment on RHOBH, in which Denise was being questioned about her relationship with Brandi at a dinner with the cast. During the scene, Denise got up and stormed out of the room, while yelling, “Bravo, Bravo, Bravo” in a presumed attempt to get show cameras to cut out parts of the scene.

“What did you think when Denise was saying ‘Bravo, Bravo, Bravo’ to try and get things edited out,” Jenny asked, tacking on an additional question: “You know as well as anybody being an OG, you’re not in charge of the edit, correct?”

Luann confirmed the latter, saying, “That’s right. — “So, she thought that if she did that, they wouldn’t use it,”she continued, explaining, “But, guess what they’re breaking that fourth wall down more and more these days… You can ‘Bravo, Bravo, Bravo’ all you want and they’re still going to be there,” Luann added of the show’s production.