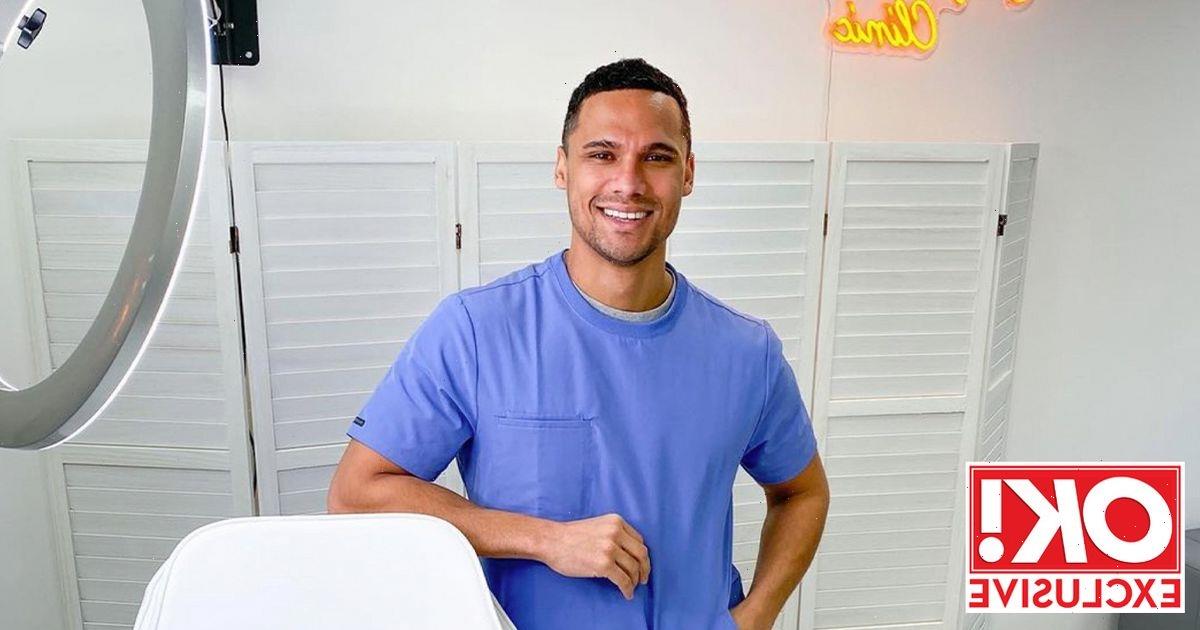 Rykard Jenkins has detailed his new life away from the spotlight after training as an aesthetic practitioner and opening his own practice, the Rejuvenation Clinic.

The 31 year old, who was on Love Island for its second season back in 2016, spoke out on how his life has changed over the past few years in an exclusive chat with OK! Online.

"Life has been a mixed bag really – it has it's perks," he first explained before sharing the positive sides of being well-known. "People identify with you, recognise you, want to talk to you. It's nice because you get approached a lot."

But fame does come with some downsides as he continued: "Sometimes there's a lot of pressure, because everyone knows you they automatically expect you to be successful or be good at everything you venture in. So you're always thinking of the pressure […] because you have 100,000 people watching you to see if you're going to be successful or not.

"But it's just like everyone's life really, it's just a little more documented."

Rykard went on to detail his life as an aesthetic practitioner, explaining that he was "always interested" in the field because he would get treatments done on himself, including Botox as well as cheek and chin fillers.

He shared how he gets "instant gratification" because he helps clients feel good about themselves with the likes of micro needling and lip augmentation.

One of the reality star's most popular treatment is platelet-rich plasma (PRP), which, he explained, is where a "client gives a blood sample which is then spun in a centrifuge machine, when the blood is separated, you have all different particles like the white blood cells, red blood cells and the platelet-rich plasma – which is responsible for all your growth factors, all your recovers."

Explaining the next step, he said: "We take that plasma and we inject it into any areas that need rejuvenation or needs recover. It can reduce the appearance of fine lines.

"If the client is thinning in the head, we can inject it into the scalp and it will rejuvenate the hair follicles in that area. I like the call it the most advanced natural treatment in the market, because there's actually no synthetic product being placed in the client. It's completely their own product, which is their own blood sample."

When asked if any of his celebrity friends come in to have any treatments by him, he shared how his pals Cara De La Hoyde, 31, and her husband Nathan Massey, 29, both come in as well as Jordan Davies, also 29, who he starred with on Ibiza Weekender.

"I've had Cara and Nathan, they came in to see me. They come in all the time," Rykard said.

"Cara come in for her B12 injections and Nathan comes in for the PRP for his hair," he said. "I was on Ibiza Weekender, so Jordan comes in as well for treatments. Loads of people really. It's really good that my fellow cast members come in and support me."

While it's been six years since he was on Love Island, Rykard has managed to keep his friendships with several other celebrities including Dom Lever and Jessica Shears, from season three, who are expecting their second child together. "I'm so happy for them, baby number two. They're absolutely beautiful son, I can't wait to see their next baby and see how their family grows."

Rykard is also set to go on Marcel Somerville's stag do this year as he prepares to marry his fiancée and the mother of his child Rebecca Vieira.

Meanwhile Jack Fincham lives "down the road", which means he sees him quite often in the area. "Over the years, there's a collection of good, supportive fellow cast members. We do make time when there's important things going on."

For all your updates on Rykard Jenkins, sign up to our daily OK! newsletter.