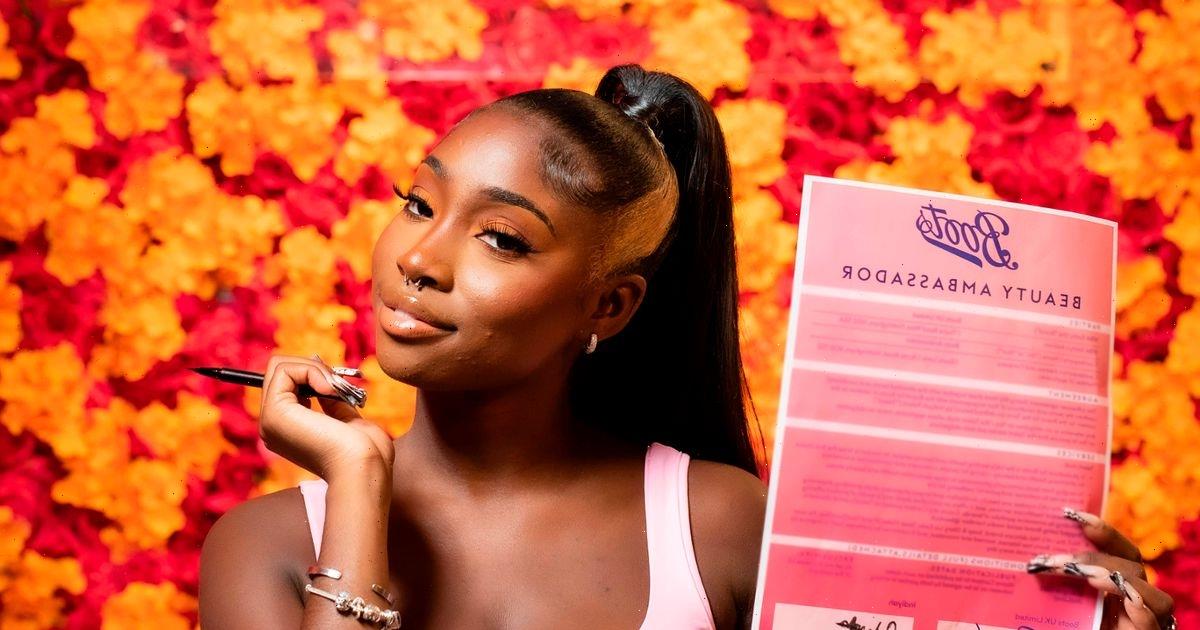 She missed out on becoming Pretty Little Thing's next big signing to Gemma Owen – much to the fury of fans.

But now Love Island 2022 finalist Indiyah is celebrating after inking a big deal with Boots an official beauty ambassador.

The six-month-deal, which could always be extended, will see the 23-year-old bring her trendsetting style to developing upcoming beauty campaigns for the retailer.

She dropped into Boots Covent Garden store to sign her contract, with Boots saying in a statement: "Indiyah is renowned for her stand-out beauty looks seen in this year’s Love Island villa including her sharp winged liner, fluttery eyelashes and irresistible glossy lips." Wearing a crop top and matching pink skirt, a delighted Indiyah could be seen signing her contract and posing with bags full of goodies.

The news comes after the controversial Pretty Little Thing snub, with fans slammed the controversial fashion retailer for using her for social media engagement before announcing they'd instead collaborated with her co-star.

Numerous brands including Boots reached out to ITV2 favourite Indiyah in the aftermath. It came after popular online seller Pretty Little Thing launched an online poll asking Love Island fans to 'vote' for the star they'd like to see them collaborating with.

The official PLT account asked viewers to tweet them using the hashtag #PLTdeal in order to vote for Indiyah, whilst asking followers to simply retweet a picture of dressage rider Gemma in order to pledge their vote for her – an significantly less time-consuming ordeal.

Despite this, Indiyah – who was noted for her sense of style while in the villa – still won the public poll after having received thousands of votes.

With her Boots deal Indiyah joins the ranks of the successful Islanders who have made a career out of the summer of love.

Since jetting home from Majorca there has been the annual scramble to sign ambassador deals.

Past contestants have gone on to earn millions following their time in the villa. Islanders are normally inundated with offers from brands and sponsorship deals.

Molly-Mae Hague has been listed as the richest islander to have ever left the villa, signing a deal with PrettyLittleThing and then going on to become their creative director.

Meanwhile Tasha has signed a deal with eBay, becoming their first ever "pre-loved" ambassador and is set to bring in the big bucks whilst being the face of an ethical shopping campaign.

And former paramedic Paige, who previously hinted she would like to return to her old job, has signed a six-figure deal with Forever Unique.