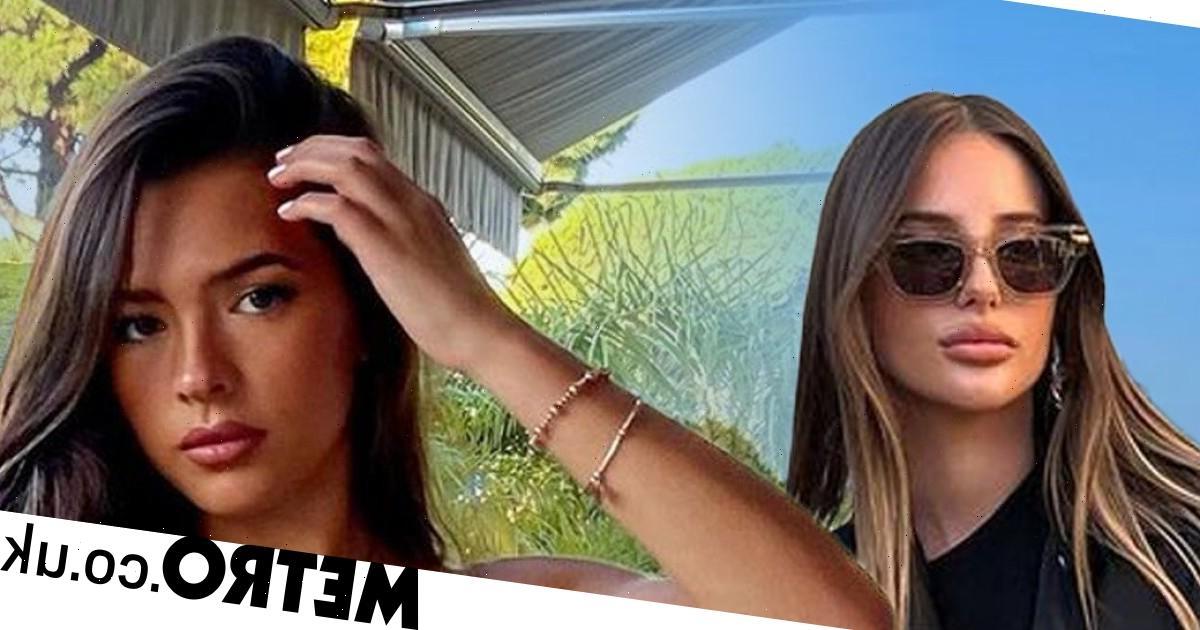 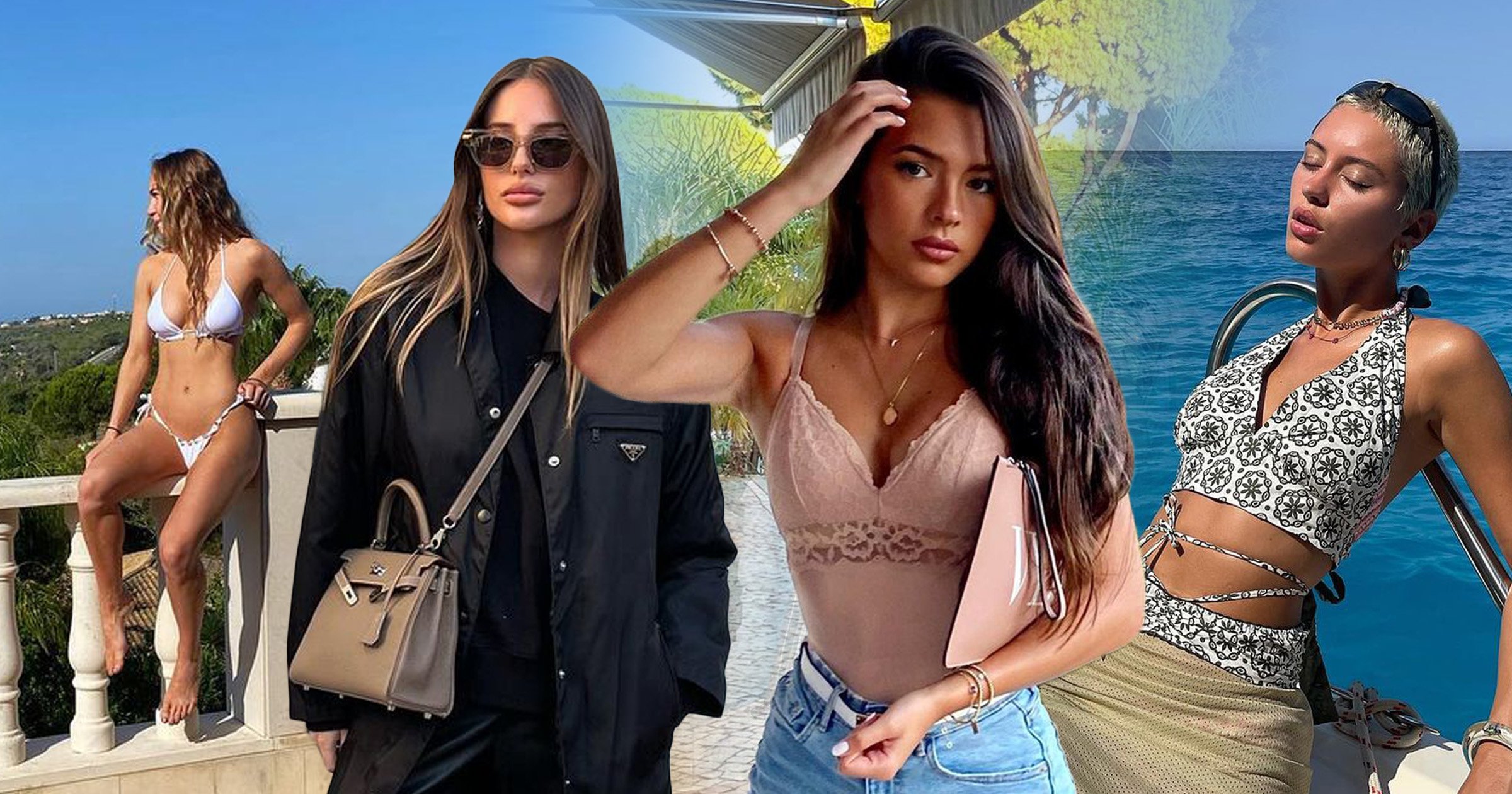 Love Island star Gemma Owen may have a famous dad but she’s enjoying the spotlight in her own right after making her debut on the dating series.

It’s been three days since the 19-year-old first appeared on the ITV2 dating programme but she’s already got the nation talking about everything from her young age to her sizzling romance with Italian stallion Davide Sanclimeti.

Gemma, a Team GB dressage champion, is yet to name-drop her footballing legend father, Michael Owen, in the villa as her fellow islanders are still seemingly unaware of her famous lineage, but she’s proudly flying the flag for celebrity spawn.

Her glamorous lifestyle is only set to get better thanks to her Love Island stint, which typically opens doors for brand deals and endorsements, but Gemma isn’t the only child of a celebrity to be enjoying the soft life.

She is the youngest of Wayne’s four children, with the Celebs Go Dating star also a dad to sons Duane, Sean and Freddie.

The 22-year-old has been hard at work for the past few years building her brand as a model and social media influencer. She boasts 521,000 Instagram followers and has modelled for the likes of PrettyLittleThing, I Saw It First, Miss Pap and Motel Rocks.

Coincidentally, Tia herself was tipped to star on Love Island in 2021 but she was revealed to be in a relationship with boyfriend Harry. The couple are still going strong and welcomed their first child together, a baby boy named Alba Agombar, last November.

Missy Keating is the daughter of Ronan Keating and his ex-wife Yvonne Connolly, who also share son Jack, 22, and daughter Ali, 15.

The 21-year-old is a model signed to 1st Option modelling agency in Dublin, Ireland, and has appeared in shoots for brands such as PrettyLittleThing.

Missy is coming for her dad’s spotlight as she appeared on The Voice UK in 2019 and also Dancing With the Stars earlier this year. The model boasts a few acting credits, including Dark Touch, indie flick The Sea and short film The Library.

Her Instagram feed will stir major travel envy as Missy has shared photos from Coachella and Paris, as well as beach and ski resorts to name a few glam destinations.

Alicia Scholes is the daughter of football icon Paul Scholes, who played for Manchester United and England.

Boasting over 119k followers on Instagram, Alicia takes after her father’s love for sports as she’s pursuing a netball career.

The 21-year-old began her career at Manchester Thunder netball club and played in her first international tournament in 2018. She has toured Australia twice as part of the under 17 and under 19 teams, and currently plays for the England netball team.

Alicia’s Instagram feed is mostly about fitness with regular posts of her training at the gym, but she also finds time to hang out with her gal pals on glamorous nights out.

She’s very close with her father Paul and the two went viral last year when he was seen in an Instagram video chewing her toenails.

The 26-year-old is the second child of Alan and his wife Lainya, who also share daughter Chloe, 31, and son Will, 21.

On first glance at her social media, it might seem as though Hollie is solely a social media influencer but she is actually an aspiring musician with a passion for country music.

She currently boasts 15,000 Spotify listeners – and 52k Instagram followers – and has released songs such as Love You Better, Unlucky in Love, most recent release Thank You and Sauvignon Blanc.

Hollie can also play the piano and has shared videos of her showing off her talents.

The musician is all loved-up and currently dating rugby star Joe Marchant, with Hollie often sharing lovey-dovey photos of them on beach holidays.

Jade Lebeouf is the daughter of ex-Chelsea footballer Frank Leboeuf, who notably helped his native France win the World Cup in 1998.

The 31-year-old is from Frank’s first marriage to wife Beatrice and she has a brother, Hugo.

Jade has a happy love life with partner Stéphane Rodrigues, who she married in 2018. They welcomed a son named Elon James in 2020.

Proving to be relatable for her 151k Instagram followers, the actress admitted to having breast enhancement surgery last year after giving birth.

Her husband Steph is famous for appearing on the French reality TV series Secret Story in series eight but is now a model.

Iris Law is the daughter of British actor Jude Law.

The 21-year-old has already climbed the ranks in the fashion world after signing to IMG Models, and has taken part in campaigns for Vogue, Burberry and Miu Miu.

However, her star is set to shine even brighter thanks to her role in Danny Boyle’s upcoming controversial series Pistol, based on the British punk band Sex Pistols.

Iris is believed to be single after splitting from fellow model Jyrrel Roberts in April.

Actress Thandiwe Newton and ex-husband Ol Parker have a star in the making with their daughter Nico Parker promising to steal the spotlight.

The 17-year-old made her film debut as Milly Farrier in Disney’s live-action remake of Dumbo, directed by Tim Burton, in 2019. She’s since appeared in the miniseries The Third Day and is currently filming The Last of Us, an action drama with Pedro Pascal and Bella Ramsey among cast members.

In 2019, she graced the cover of Teen Vogue alongside actress and producer Marsai Martin, and also made a solo appearance on The Late Show with Stephen Colbert.

Kiss goodbye to your social life – Love Island is back to dominate your evenings, with the new series promising more drama than ever before.

For all the latest updates, visit Metro.co.uk‘s Love Island page.