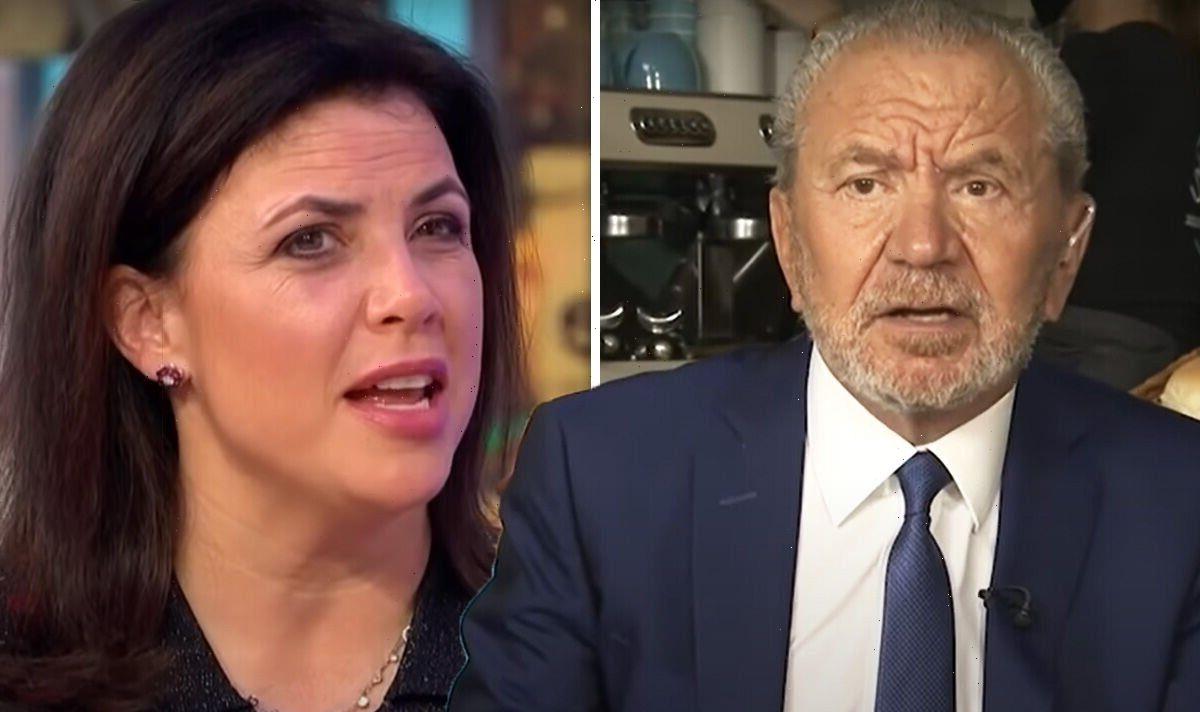 Lord Alan Sugar, 75, and Kirstie Allsopp, 50, ended up slinging insults back and forth on Twitter after The Apprentice star made a dig at football rivals Manchester United that angered some of his followers.

Lord Sugar shared a screenshot of the joke which some users thought was “tasteless” because it centred around a child being “beaten by his parents”.

The punch line was a judge granting custody to Manchester United because they “aren’t capable of beating anyone”.

It received a large reaction from angry users, including from Gemma who said: “This is really tasteless. There are some children for whom this is a reality. 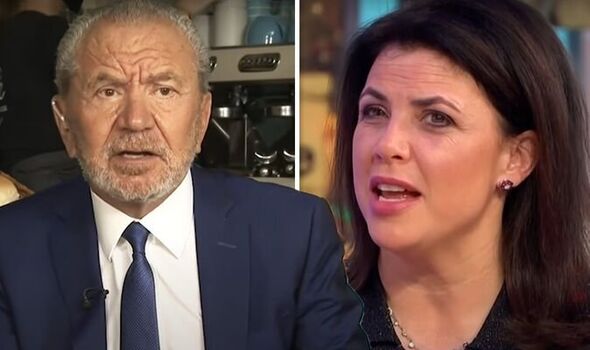 The Amstrad founder didn’t take the criticism lightly and hit back: “Shut up you make me sick, always looking for a negative slant. It’s a bl***y joke you idiot.”

She wrote: “The joke wasn’t funny, at least for a decent percentage of people. But having a go at Gemma, who sent you a perfectly polite tweet, is really unfunny.

“Abuse needs to be dealt with. Disagreement is not abuse.” 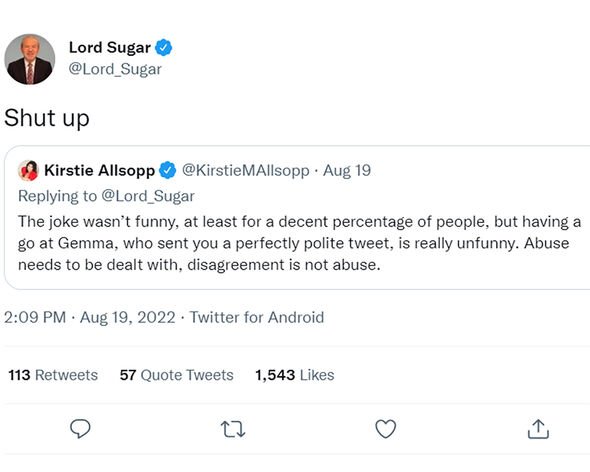 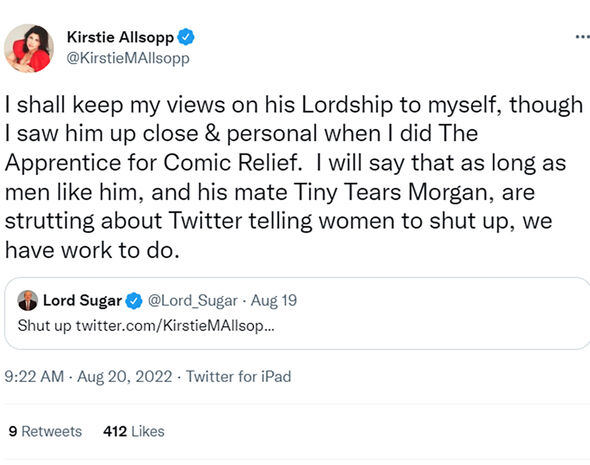 Lord Sugar simply responded to the presenter telling her to “shut up,” to which Kirstie quipped: “Ever the gentleman.”

Kirstie wasn’t done there and shared a scathing follow-up about when she met Lord Sugar while taking part in The Apprentice for Comic Relief in 2008.

She said: “I shall keep my views on his Lordship to myself, though I saw him up close and personal when I did The Apprentice for Comic Relief.

“I will say that as long as men like him, and his mate Tiny Tears Morgan, are strutting about Twitter telling women to shut up, we have work to do.”

Some users did come to defend Lord Sugar however, including Talk TV’s Julia Hartley-Brewer.

She wrote: “So what? Why do you have to find every joke that anyone else says funny or inoffensive? What’s it got to do with you?

“It’s a joke aimed at Man Utd not at victims of child abuse. But you knew that already, didn’t you?

“Maybe he just wanted to post a funny joke.