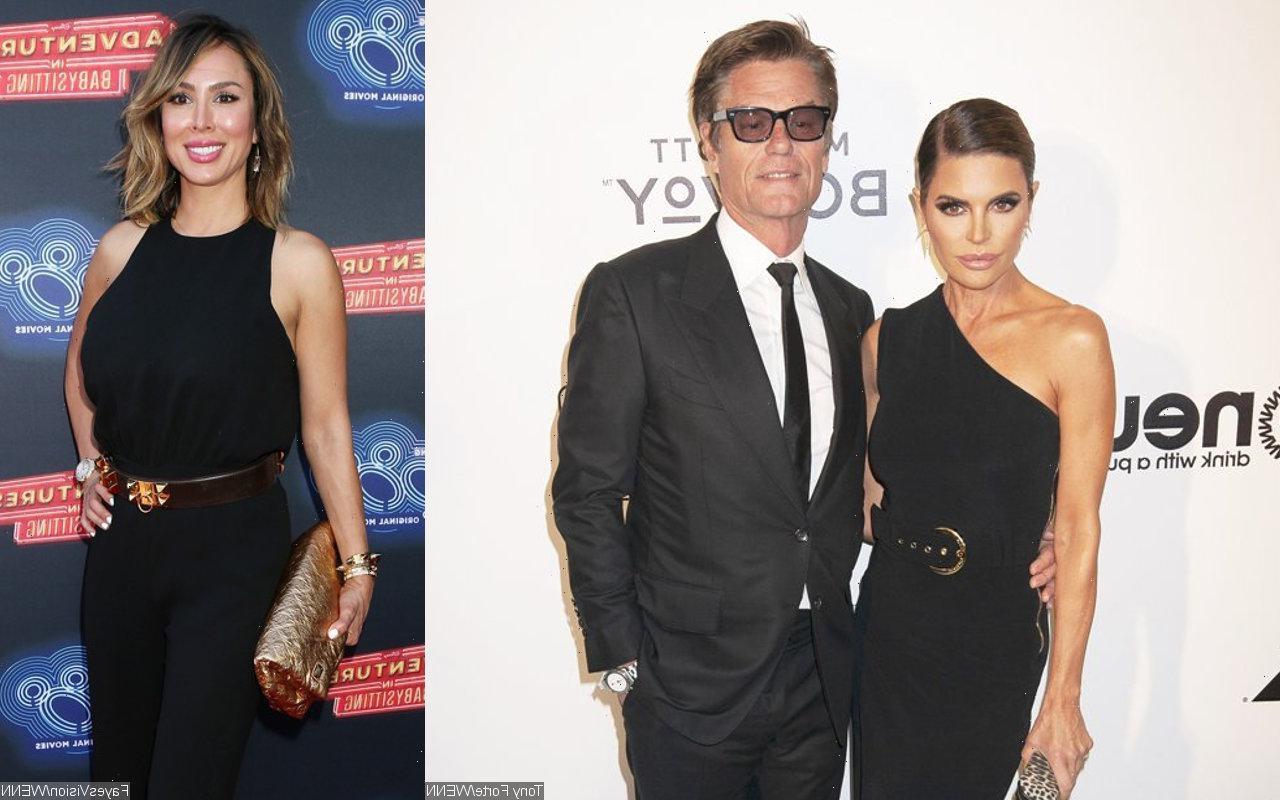 AceShowbiz –Lisa Rinna isn’t letting Kelly Dodd‘s diss aimed at her husband get on her nerves. The “Days of Our Lives” alum has responded with humor after her “The Real Housewives of Beverly Hills” co-star suggested that her husband Harry Hamlin could be gay.

Kelly seemed to insinuate that Harry is gay by referencing rumors surrounding Todd Chrisley‘s sexuality. Underneath Page Six’s post about the gay affair allegation surrounding the “Chrisley Knows Best” star, Kelly commented, “Harry Hamlin is next,” along with a cry-laughing emoji. 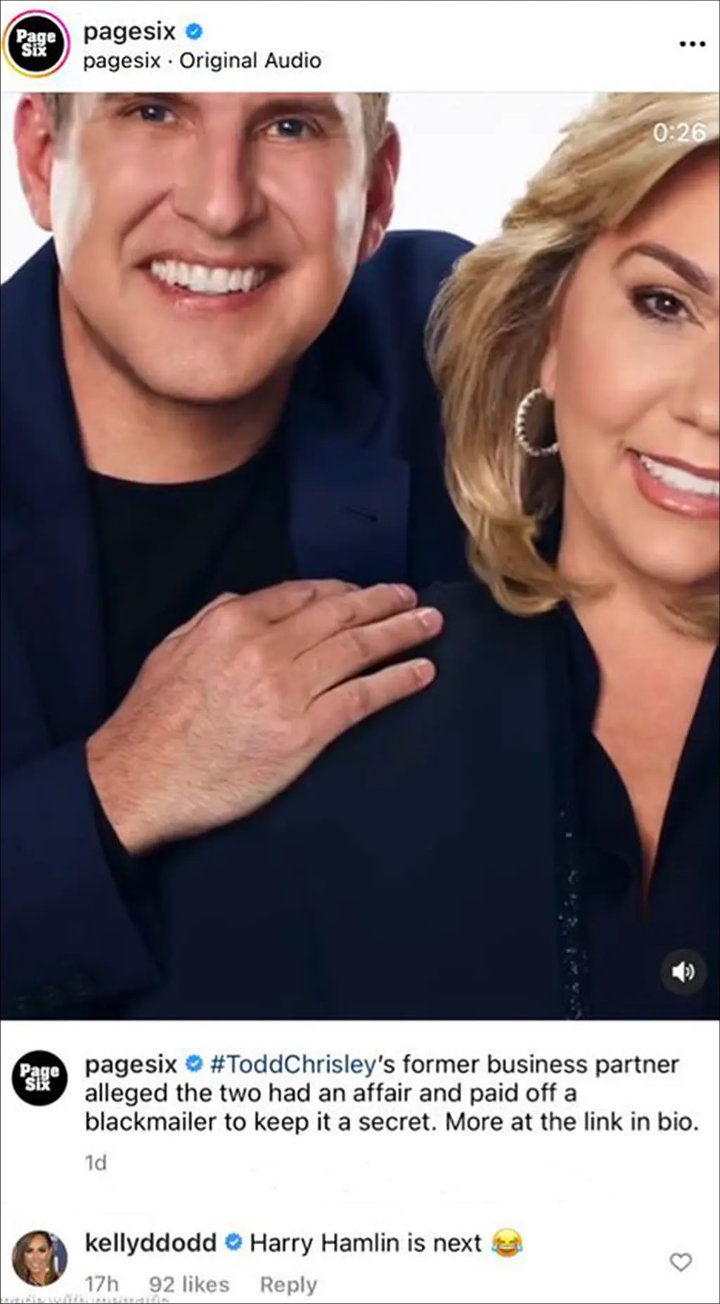 Catching wind of Kelly’s remark, Lisa didn’t stay silent. She responded with her own joke by posting on her Instagram Story a picture of her sporting fake beard. “Good morning to Kelly Dodd and Kelly Dodd,” she wrote over the snap.

The slang term “beard” is used to describe a partner of a so-called closeted homosexual, who is used to help conceal their sexuality. As for the doctored image, it was taken from a “The Real Housewives of Beverly Hills” scene, when she got into a fight over claims that Harry had been unfaithful to her. 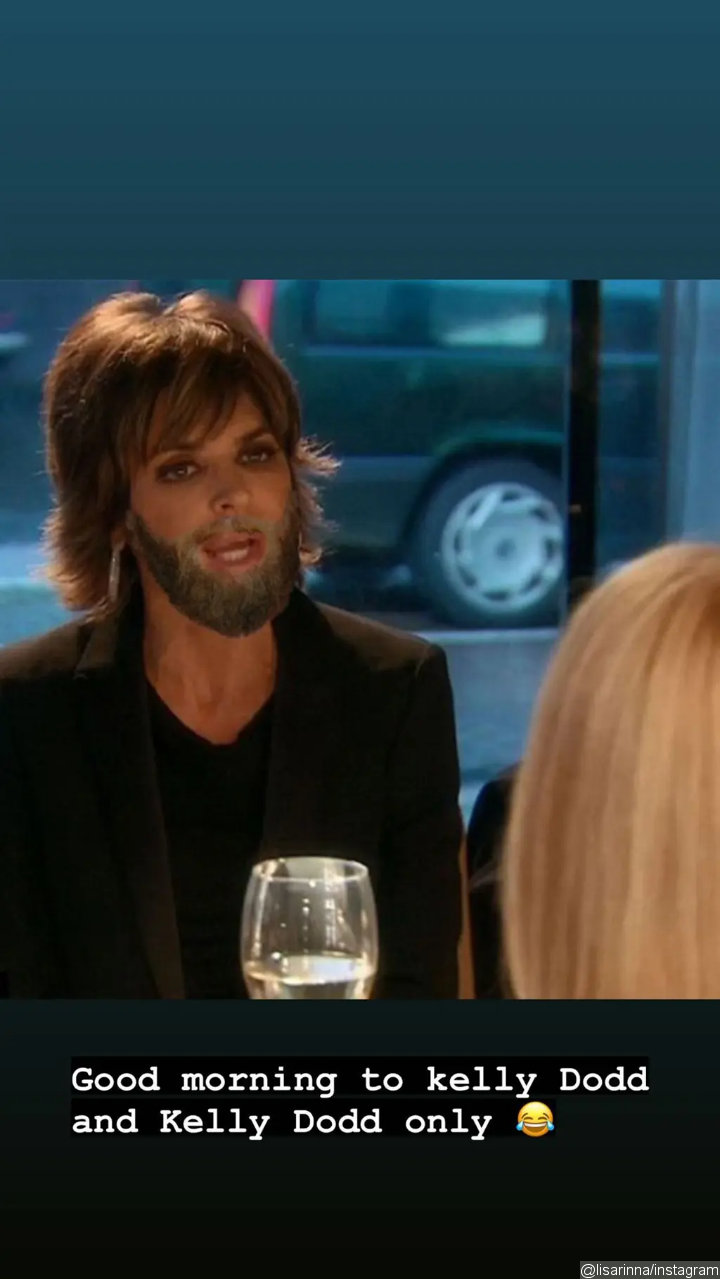 Lisa responded to Kelly’s diss with a joke.

This isn’t the first time Lisa is battling rumors that her husband is gay, though. Previously, she poked fun at the rumors by posting a snap of his 1987 PEOPLE cover for their Sexiest Man Alive shoot. “Appreciation Post to my very busy Husband who apparently doesn’t live with us, is having a lot of affairs, and is gay. Go Harry F***king Hamlin,” she wrote.

Todd’s alleged gay affair with his ex-business partner was exposed during his trial for federal fraud case. On May 24, Mark Braddock testified that he and Todd had an intimate relationship for about a year in the early 2000s. He also revealed that they paid off a blackmailer who threatened to expose them for fraud and their alleged affair.