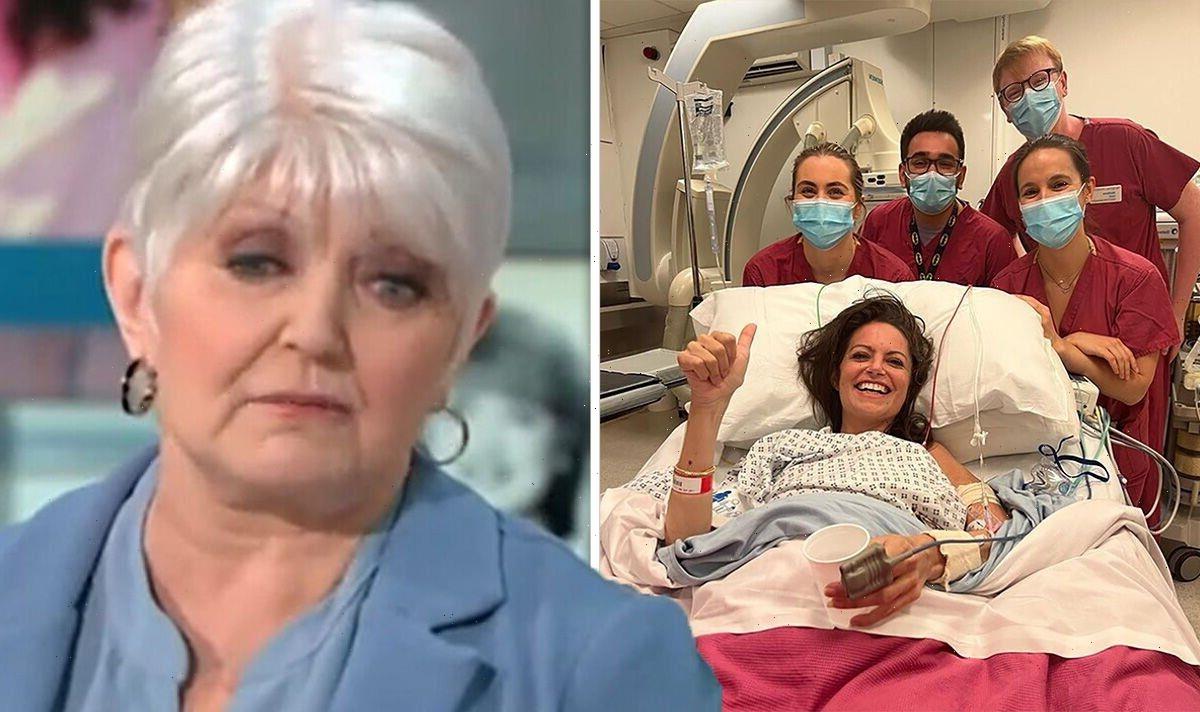 Linda Nolan gives an update on her cancer diagnosis

Linda Nolan, 63, took to social media today to address calls from her followers to receive a Damehood for raising cancer awareness. One of Linda’s fans suggested she and sister Anne Nolan, 71, deserved the honour after bowel cancer campaigner Deborah James, 40, was made a dame for raising £4 million for cancer charities this week.

Linda shared her thoughts on the prospect of a possible Damehood in view of her 22,600 Twitter followers today.

The Nolans star was responding to a tweet from Josephine Wilcox, who shared an article announcing Deborah James’ well-deserved Damehood for her valiant campaigning for bowel cancer awareness.

Josephine wrote: “How come you and your sister haven’t got one when you’ve been campaigning for cancer yet other people get one?

The Irish singer replied: “No idea, but one reason would be as we’re Irish citizens, the Palace has to ask the Irish Government for permission first!”

“More like she’s heard how much trouble you lot are,” Graham joked in reference to the Queen, sparking laughter from Linda.

In 2006, Linda was diagnosed with breast cancer, underwent a single mastectomy and was later given the all-clear in 2011.

However, doctors discovered a form of incurable secondary breast cancer on her pelvis in 2017 and she underwent further radiotherapy.

Anne received her own devastating cancer diagnosis within days of younger sister Linda getting hers and the pair endured chemotherapy together.

Their beloved sister Bernadette (Bernie) also tragically died of breast cancer back in 2013 at the age of 52.

This year, Linda and Anne teamed up to release their book about living with cancer, entitled Stronger Together: How We’re Living While Fighting.

Linda, Anne and Bernie were part of Irish musical group The Nolans, which also consisted of sisters Maureen, Denise and Loose Women’s Coleen.

You, Me and the Big C presenter Deborah was honoured with her Damehood after breaking the sad news earlier this week that she was receiving end of life care following a long battle with bowel cancer.

Yesterday, Downing Street announced the news in a press release, which stated: “The Queen has been pleased to approve that the honour of Damehood be conferred upon Deborah James.”

Prime Minister Boris Johnson said in a statement: “If ever an honour was richly deserved, this is it.

“Deborah has been an inspiration and her honesty, warmth and courage has been a source of strength to so many people.

“Through her tireless campaigning and by so openly sharing her experience she has not only helped in our fight against this terrible disease, she has ensured countless others with the Big C have not felt alone.”

Deborah took to Instagram today to express how “humbled” she felt to be awarded for her tireless campaigning.

The BBC podcast host gained a huge following back in 2016, when she was diagnosed with stage three bowel cancer at the age of 35.

Deborah is married to Sebastien Bowen, and they share two children – 14-year-old Hugo and 12-year-old Eloise.