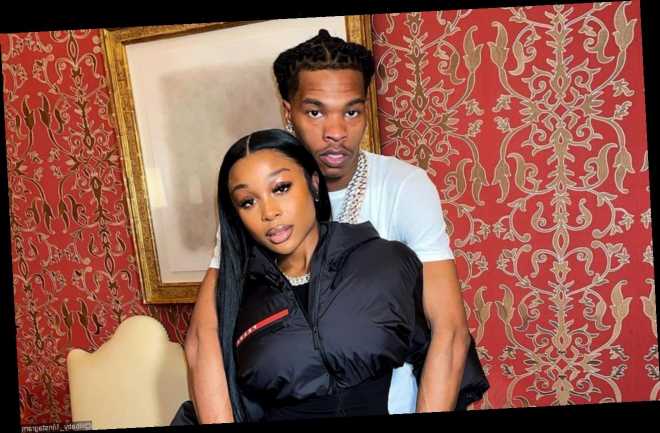 The social media personality, meanwhile, continues to share cryptic posts unloading her feelings after an adult film actress exposed her boyfriend for having sex with her.

The speculation arose after it’s noticed that Baby and Jayda are not following each other on Instagram. Both of them are still following hundreds of other accounts, but Baby and Jayda’s name doesn’t appear on their significant other’s following list respectively.

The popular adult film star, Ms. London, detailed her sexual encounter with the rapper in a series of tweets on early Monday, December 7, claiming that he paid her $16,000. She bragged about Baby’s skills in bed, “The best d**k I ever had came from a millionaire who didn’t say more than two full sentences to me. He literally beat me to the mattress soon as i got in the room.”

Ms. London didn’t mention a name, but dropped a hint about the man who paid her for sex as she tweeted, “Not dropping no names, but jayda not leaving this man ever.” She later claimed she was drunk and seemed to regret her decision to tweet their alleged tryst. Her tweets have since been deleted.

Baby, meanwhile, has denied her claims. “I get it!! Say Baby name get clout. Y’all need to stop the desperate s**t,” he tweeted. “When s**t going good watch for the devil !” He additionally claimed that “Jayda been wit me my whole b day including Vegas. y’all be on bs.”

But Ms. London had her receipt, showing a DM allegedly sent by the Atlanta native to her which read, “What’s the point of paying if you do all that !! You fuccin the game up !! If I pay for p***y youn supposed to speak on it. That’s bad business mama.”

Jayda herself seemed to blast Ms. London for exposing their one-night stand, writing, “Tryna f**k up the brand. You bad for business.” When someone suggested that Jadya should hold her man accountable for his actions, she assured that she’s doing it, but not in public. “Babe im women first I handle his a** on the backend not on the internet,” so she replied.

She continued sharing cryptic posts on Twitter as writing, “See this why it’s best to just stfu and chill cuz as soon as you show a lil bit of happiness of the internet mfsers be like ‘aht aht’ I’m so tired of this s**t.”