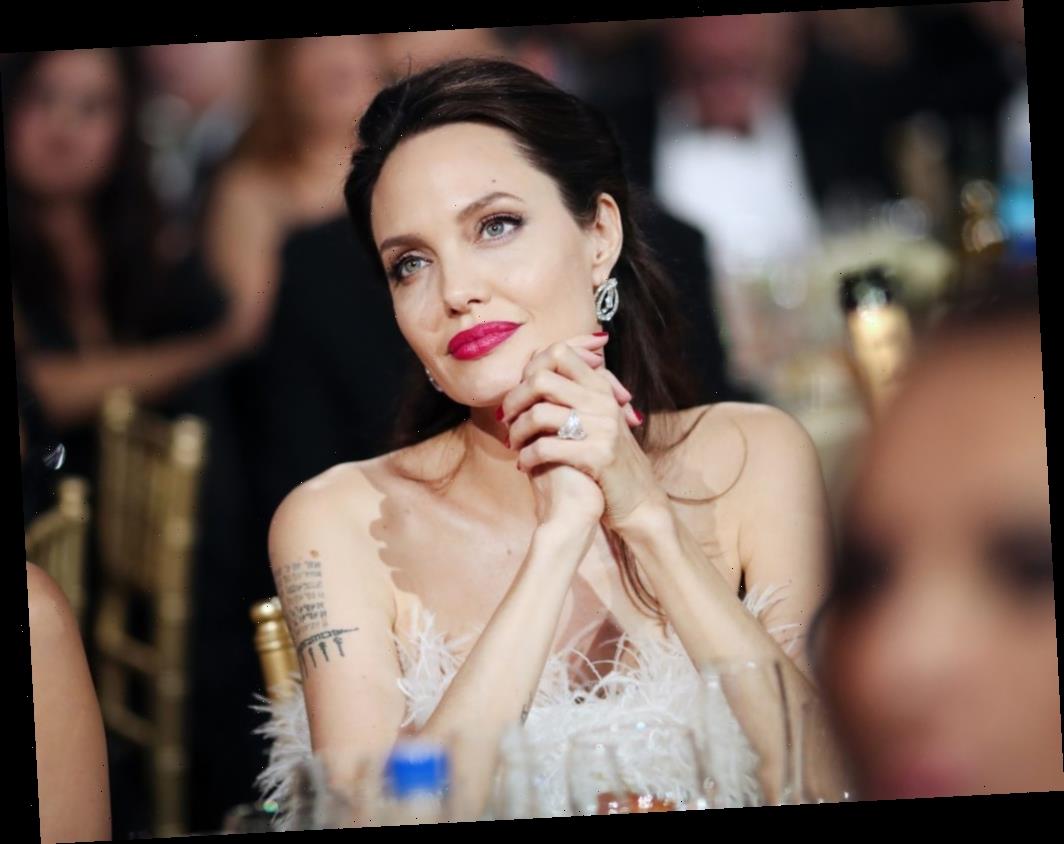 Angelina Jolie is known for being a committed mother. Before she and Brad Pitt split up, they seemed to bring their children with them wherever they went.

Unfortunately, Pitt’s alcohol abuse led to their eventual separation. The former power couple is still figuring out how best to share custody of their children.

Jolie is dedicated to her brood, but they’re dedicated to her too. She’s especially close to Maddox, her oldest son. He was in her life before she got together with Pitt. They’re so close, that one of their cute rituals inspired Jolie to make a big change.

As if Jolie’s mothering skills weren’t impressive enough, she got her pilot’s license as a 2nd birthday gift for her son Maddox in 2004. Apparently, baby Maddox loved watching planes take off and land. It was something both of them enjoyed.

In what has to be the sweetest mother-son story ever, Maddox’s love of airplanes made Jolie realize she was capable of flying a plane for him. As Jolie puts it: “When Maddox was one and a half, we used to go to the airfield, have lunch and watch the planes. And it dawned on me: I could fly. So I promised him I would fly by his second birthday.”

It took her a little longer than intended to get the certification, but she made it happen. Jolie could fly by the time Maddox was 3. Naturally, once she had her license, she needed a plane. Her choice of aircraft is a little surprising.

Despite the fact that Jolie has enough money for her own private jet, the Mr. and Mrs. Smith star bought a much more modest airplane. She opted for the very safe Cirrus SR22-G2, which retails for just over $300,000.

The plane has a number of safety features, including a parachute for itself. If the plane starts to go down, a parachute releases to slow its descent.

Jolie is a mom, so naturally, she’d be interested in a safe, practical vehicle. She also gave a sweet nod to her son and flying inspiration in her tail number. It always had an “MX” somewhere in there, as a homage to Maddox.

She’s probably still on the market for the safest plane possible, since Maddox is now flying as well. He followed his mother’s footsteps and started flying lessons.

Apparently he can now fly by himself, which surprised Jolie. She revealed: “He’s been practicing flying, then they called me the other day and said, ‘so Mad can go solo,’ and I nearly dropped the phone!”

While Angelina Jolie's new @Netflix project was helping a country make film history, her relationship with Brad Pitt grew challenging: "Things got bad. I didn’t want to use that word. . . . Things became 'difficult.'" Read the full September cover story at the link in bio. Photograph by @mertalas and @macpiggott.

Most fans didn’t know that Jolie was a pilot. Then, in 2018, she was filmed flying over the Namibian desert for The Queen’s Green Planet. The nature show was hosted by the legendary Sir David Attenborough. The queen herself, Queen Elizabeth, also appeared in the show.

Jolie wasn’t just flying over the desert for fun. She has skin in the game in Namibia. Jolie is an avid conservationist, and she partnered with the Namibian government to promote forest conservation in the area.

Part of that effort includes starting a nursery to replace dying trees. Based on The Queen’s Green Planet, fans can imagine that Jolie often uses her flight skills to further her conservation efforts. She does a lot of work in Africa, where areas may not be safely accessible by car. Being able to pilot a small plane, and actually owning one, must be a huge help when it comes to saving the planet.