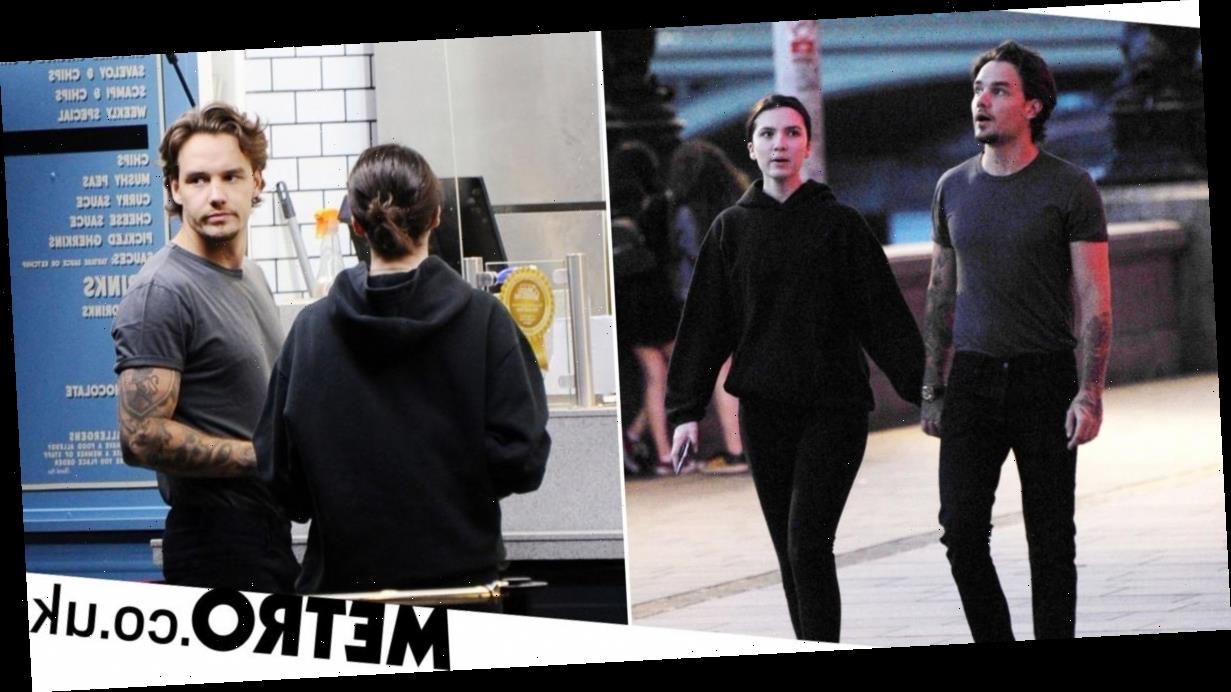 Liam Payne and his girlfriend Maya Henry were spotted enjoying a super cute – and extremely British – date together in London.

The One Direction star, 26, made the most of lockdown restrictions being eased to head into Central London to treat his American girlfriend, 20, to the UK delicacy of fish and chips on date night.

The couple were seen holding hands as they walked along by the Thames, before stopping off at a fish and chip stand nearby for some food.

Liam and Maya’s romantic night out was made all the more picture-perfect as they walked beside twinkling lights which illuminated the street as they walked on the riverbank.

It looks like Maya, who’s from Texas, was keen to sample some fish and chips as she was seen checking out what was on offer at the food stand.

The pair, who have been dating since August last year, had recently faced rumours that they had broken up.

They’ve since been seen on multiple date nights, and a source denied the rumours, telling MailOnline: ‘Maya and Liam are definitely still a couple and are very happy together.

‘Both have been taking time off social media lately and enjoying each other’s company away from the spotlight.’

As well as romantic night-time walks, Liam and Maya went for a night out at Novikov in Mayfair two weeks ago.

Liam, who shares son Bear with ex Cheryl, has been making the most of lockdown being eased to get back to some normality.

He revealed on Radio 1 that it had been hard being in isolation away from his son: ‘It was the longest time I’ve not seen him – ever.

‘We were trying to be extra safe. Me and his mum decided that was what was best. Slowly, as time went on it just got to the point where I couldn’t really not see him any more.’

Liam also revealed that his little boy loves cooking with him, explaining: ‘He actually ate the whole thing because he knew that he’d cooked it

‘He’s gonna be very much like me. We’ve had some really lovely times over at the house.’