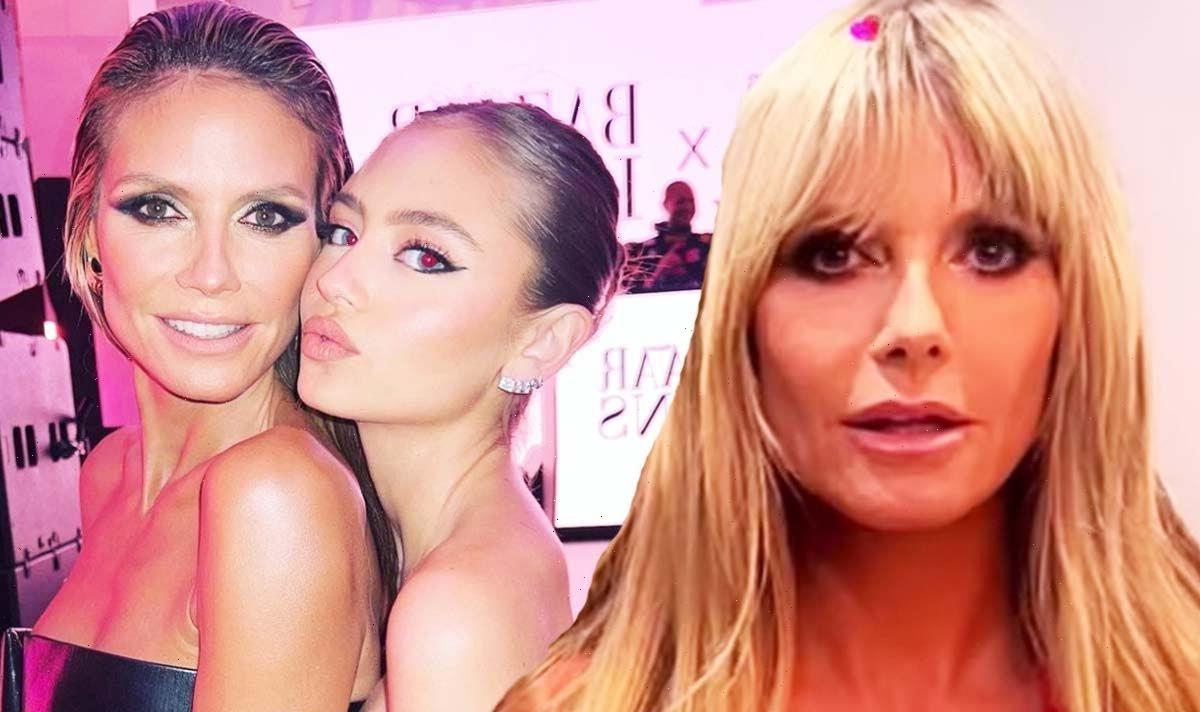 Leni Klum, 18, hit back at people branding her underwear shoot with mum Heidi “weird”. The model posed alongside her fashion icon mum Heidi for a series of underwear pictures as a part of a campaign for Intimissimi last month.

However, some fans on social media declared the shoot was “disturbing” as Heidi shared the images on Instagram.

Some fans described the shoot as “icky” while one Twitter user tweeted: “Sexualizing your daughter the moment they turn legal is weird.”

“I wouldn’t model sexy lingerie with my mom,” another added.

“If I don’t look at it, I don’t have to pay any attention to it, so I just don’t know what is there.

The model concluded: “I had an amazing day, an amazing shoot, it’s out, I love it.”

SiriusXM host Howard Stern was one of the famous faces who voiced his thoughts on the campaign, which he blasted as “inappropriate”.

He said on his show: “I looked at it and I thought, ‘This is so f**king’ out of line. It is so inappropriate.’

“But you can’t stop looking at it,” the outspoken broadcaster added.

The radio presenter went on: “It looks like a guy’s [personal] fantasy. They’re kissing and they’re holding each other. And they’re frolicking.”

Former Gladiators star Ulrika Jonsson joined in on the criticism as she blasted Heidi and Leni in view of her 9.9. million Instagram followers.

In her column, Ulrika said such a photoshoot had “now become a disconcerting thing”.

She made the comment as she claimed Heidi, alongside the likes of Cindy Crawford, Kate Moss and Yolanda Hadid who have also shared a photoshoot with their daughters “made the strategic decision to exhibit their girls”.

Ulrika wrote in The Sun: “Heidi Klum isn’t the first and she won’t be the last as she makes many feel slightly uneasy by posing in undies with her equally scantily clad 18-year-old Leni.

“Is it just me, or has this now become a disconcerting thing? It feels like a bizarre, modern-day version of the days of Jane Austen, when your daughter was paraded and boasted about – it was about grandstanding your genes while secretly and stealthily whispering, ‘Look what I’ve made’.

“It’s as if daughters have become the latest commodity to have and, indeed, to peddle.”

Ulrika went on to say she couldn’t convince her children to pose in an Instagram photo with her fully clothed, let alone in an underwear shoot.

She added: “It’s not that they’re not proud of me, rather that they would see it as ‘total cringe’.”

Ulrika concluded her opinion by suggesting that some celebrities are “touting their daughters” and “showing them off for all the world to see what beautiful creatures they are”.