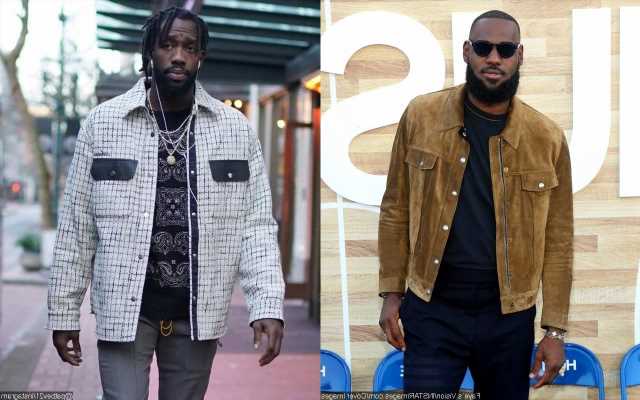 AceShowbiz –LeBron James and his brand-new teammate Patrick Beverley are getting along just fine. Beverley, who is known for being one of the best defensive menaces in the entire NBA, seemingly makes the Lakers a lot more fun with his jokes.

During Lakers’ media day on Monday, September 26, James laughed out loud after he learned Beverley’s response when he was asked about his favorite James play. During an interview, Chris Haynes told James, “I asked Pat Bev what’s his favorite LeBron highlight, this fool he going to say, ‘The block I had on LeBron!’ “

Upon learning Beverley’s response, James could not help but laugh. “What’s wrong with Pat, man? He got issues,” he jokingly added. Beverley was referring to the moment when he blocked James’ three-point attempt on Christmas Day in 2019. At the time, Beverley was playing for Los Angeles Clippers.

While James and Beverley don’t seem to have a problem with each other, some fans criticized the latter for his comments. “This quote was asinine,” said commentator Chris Broussard. “And if I’m LeBron James and Anthony Davis, I’m feeling some kind of way.”

Prior to this, James made use of his Twitter account to react to the news that Robert Sarver is moving to sell the Phoenix Suns and Mercury. On Tuesday, September 20, James responded to a tweet which read, “Phoenix Suns and Mercury owner Robert Sarver announces that he has started the process to sell both franchises.” Quote-retweeting the post, the Los Angeles Lakers player wrote, “I’m so proud to be a part of a league committed to progress!”

His tweet arrived after James called out NBA for giving what he deemed to be a lenient punishment to Sarver. The league gave Sarver one-year suspension and $10 million fine after a 10-month NBA investigation found he violated common workplace standards.

Weighing in on the matter, James tweeted, “Read through the Robert stories a few times now.” He went on to say, “I gotta be honest…Our league definitely got this wrong. I don’t need to explain why. Y’all read the stories and decide for yourself.”