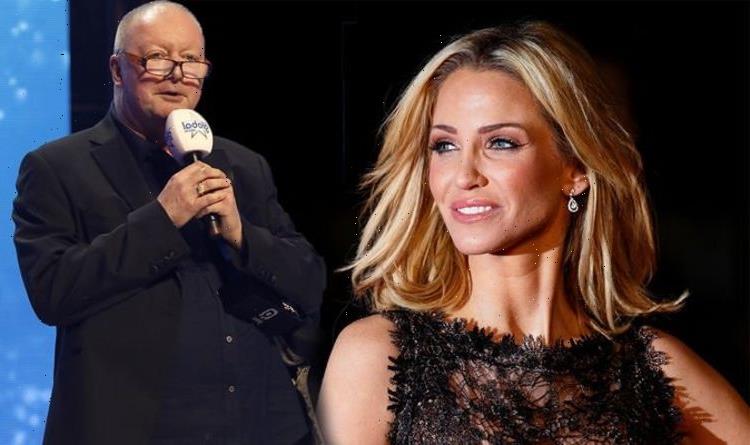 Girls Aloud singer Sarah Harding, who died last month, was one of the celebrities that he made particularly scathing remarks about. Steve Allen, 67, is now being called out by multiple celebrities for his controversial rants.

LBC presenter Steve has reportedly apologised to 19-year-old Tilly Ramsay over his comments about her, including one where he called the Strictly star a “chubby little thing”.

However, there are still calls for the presenter to be sacked as more clips of the him laying into various different celebrities have begun to surface.

On his LBC show in 2012 Steve went on a long rant about Sarah, where he called her “needy” and “desperate”.

His comments followed a violent drunken fight Sarah had with her ex boyfriend Theo De Vries, after they met in a rehab clinic in Cape Town.

In the clip Steve did not hold back on what he thought about the singer, calling her a “self-imposed alcoholic”.

“The stupidest 30-year-old you’ve ever met in your entire life.

“They say, ‘It’s been a tough few weeks for Sarah’.

“Oh, I should imagine just getting up and putting make-up on must be an effort for this poor girl.”

“Let’s not waste time with this woman, let’s tell you exactly what it is.

“She had a fight with an ex-boyfriend when they were on holiday, due to alcohol, so it’s not a tough few weeks.

“It’s all self-imposed. Her addiction is her own problem, you deal with that your own way.”

“You really are just pathetic, I don’t really know what more we can say to you,” he concluded.

The late singer is not the only celebrity that Steve has made vile remarks about over the years.

Reality star Megan McKenna, 29, shared a clip of the LBC radio host calling her “ugly” in 2016.

He said: “I mean she really is ugly. I mean this is the one who’s ugly and abuses the privilege.

“You know when they say ‘lived-in face’, in her case ‘squatters’… it’s all a bit fake.”

The presenter has also previously fat-shamed TOWIE’s Gemma Collins, referring to her as “Gemma the Hut” and calling her ex-boyfriend James Argent “fat boy fat Arg”.

Express.co.uk has reached out to Steve Allen for further comment.