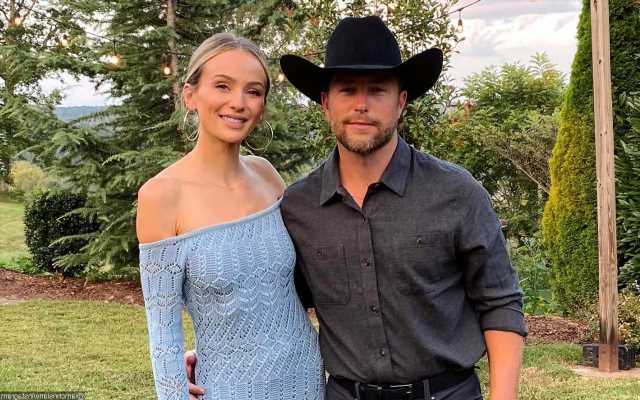 The season 20 winner of ‘The Bachelor’ informs her online devotees that she needs ‘to go every four weeks for an ultrasound’ after being diagnosed with marginal cord insertion.

AceShowbiz –Lauren Bushnell managed to keep a positive attitude despite a recent diagnosis. The season 20 winner of “The Bachelor“, who is currently expecting her second child with husband Chris Lane, declared that she is trying to “stay optimistic” after being diagnosed with marginal cord insertion.

The 32-year-old gave fans an update on her pregnancy via Instagram Story. “The first 13 weeks-ish [of pregnancy] were way worse this time around. I just feel like I was way sicker, I threw up a lot more often, hence the hospital visit. Thankfully now I am feeling so much better,” she said in a video.

“I was recently diagnosed with something called marginal cord insertion. I was incredibly stressed out when my doctor told me that but I’m trying to stay optimistic,” Lauren divulged. She went on to explain that the diagnosis requires her to “be monitored more often,” but assures her online devotees that as of now, her unborn baby is “very healthy, measuring great, measuring a little bit big if anything.”

Lauren confirmed she’s having a bun in the oven on Monday, June 6. At that time, she poste an adorable photo of her alongside her husband and their firstborn son Dutton Walker while she showed off her baby bump in a white crop top and buttoned jeans. In the caption, she announced, “Party of 4, coming October 2022. I cannot wait to see you as a big brother, Dutty!”

In an interview with PEOPLE, Lauren admitted that her second pregnancy came as a shock to her and Chris. “To be quite honest when we found out I’ve never been more shocked in my entire life, because this was very much an unexpected surprise,” the former flight attendant confessed.

The ex-fiancee of Ben Higgins also felt enthralled at the fact that Dutton will soon be a big brother. “I’m just so excited for Dutton to have a sibling. When he sees other babies and other kids, he just does not take his eyes off them. I know he’s going to be so happy and so excited and such a good big brother,” she said.