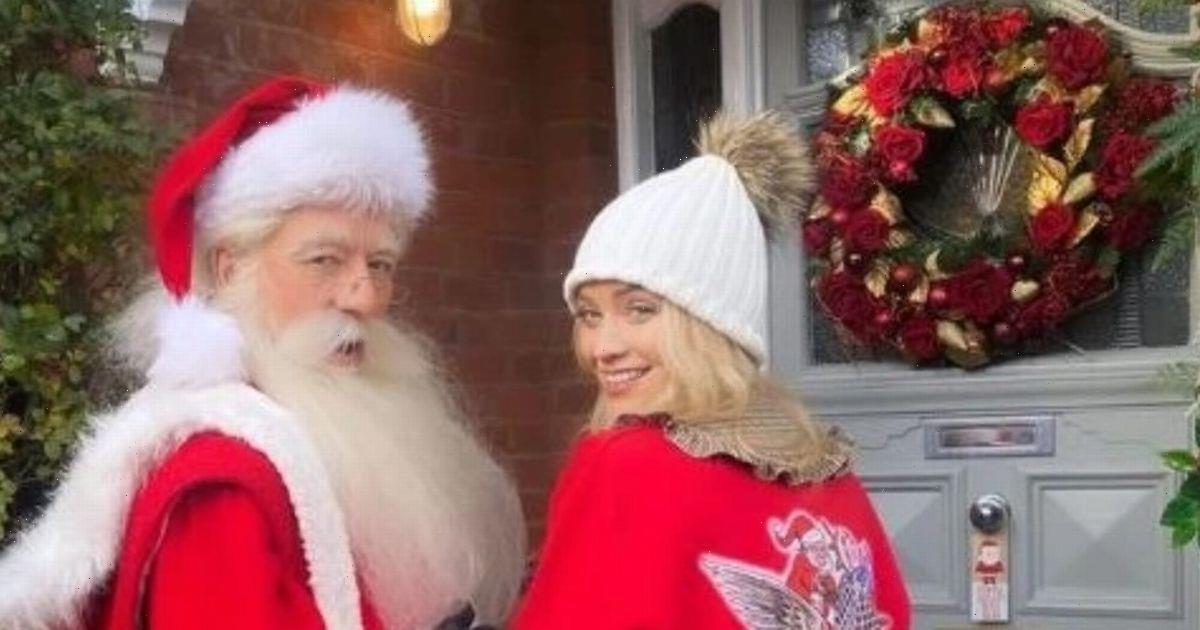 The presenter, who left the hit ITV dating series earlier this year, smiled brightly as she took to Instagram to show off her stunning festive decorations as she gets into the Christmas spirit.

The pictures showed her festive front door with its stunning winter wreath and white wicker reindeer.

Turning to show her Christmas jumper with its intricate Santa design on the back, she added that: “My jumper was designed by Keith Lemon for Teenage Cancer charity.”

Earlier this month, presenter Laura showed off her gorgeous Christmas tree with the help of her daughter Stevie Ré.

The toddler was seen decorating the tree with a mixture of gorgeous red and gold baubles earlier this month, in a series of snaps shared by Laura on Instagram.

Wearing festive red pjs, the little one hung an adorable felted Scottie dog – in a nod to her Dad’s heritage.

The former Love Island host also got her own bauble on the tree with a Guinness brand Christmas pudding, featuring the iconic drink, which is made in her home town of Dublin.

It’s a welcome break for busy Laura, who recently swapped presenting in sunny Spain for the stage as she made her acting debut.

The former Love Island host has been appearing as Jenny in the spooky West End Play 222: A Ghost Story since September.

It was a role that has been played by writer and I’m A Celeb winner Giovanna Fletcher, as well as singer Lily Allen.

Despite gaining rave reviews, Laura will shortly be leaving the role, which will be taken on by singer Cheryl in the New Year.

It’s been a year of goodbyes for Laura, who also recently filmed the finale of Celebrity Juice alongside host Keith Lemon, and team captains Holly Willoughby and Fearne Cotton.

During the chaotic episode, entitled Celebrity Juice: The Last Hurrah, there were plenty of the usual thrills and spills for viewers.

It was an emotional moment for Keith Lemon, who had hosted the series for over a decade.

Later that day, he tweeted: "After 14 years, 26 series, 300 eps @CelebJuice is concluding later this year with two farewell specials.

"Thank you so so much to everyone who watched, to the team captains, guests, crew and itv2. 'It was the longest most fun party! I had a wonderful time. Big love x."