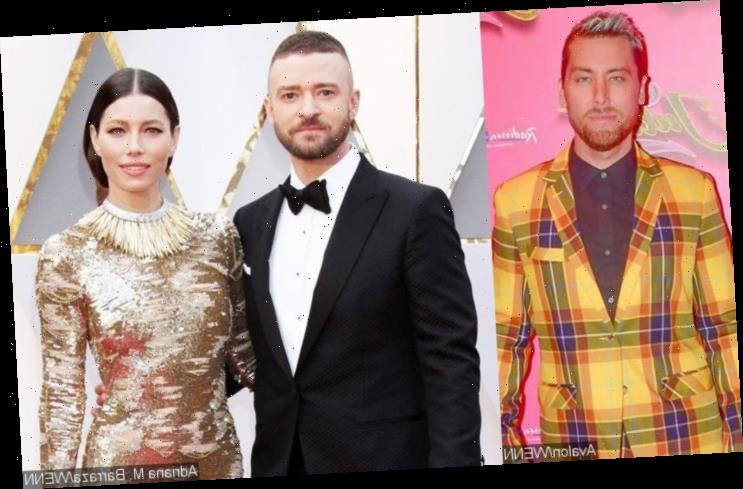 In a new interview, Justin’s pal and former NSYNC team-mate Lance Bass says of the married couple’s baby No. 2, ‘The baby is cute of course, it’s Justin and Jessica!’

AceShowbiz -Nothing much is known about Justin Timberlake and Jessica Biel‘s baby No. 2 as the pair kept the whole pregnancy process and the delivery in secret. However, Justin’s pal and former NSYNC team-mate Lance Bass has now shared some details about the newborn.

“The baby is cute of course, it’s Justin and Jessica!” so he claimed to Katie Krause on Friday, September 25. He went on to share that NSYNC members knew before everyone else and all they talked about in their group chat was babies and the newborn.

Lance, however, did hold back from sharing too much information. While the singer admitted to having seen pictures of Justin and Jessica’s new bundle of joy, he refused to reveal the baby’s name. “That’s a good question,” he said, “Justin would kill me!”

Back in July, Justin’s old friend and collaborator, R&B legend Brian McKnight, also confirmed the news that the two had welcomed their new baby. Discussing Justin’s music career as his latest album “Man of the Woods” was released back in 2018, the “Anytime” singer said, “Having kids and having his family, I think [Justin] took some time to focus on those things because those things are very important.”

“I think if he’s going to do music, he’s going to make sure that that’s secure, and then he’ll bring us into his music,” he continued. Later, Brian mentioned that Justin would seemingly be getting more inspiration from his new baby, saying, “And being inspired! He just had a new baby. I think that’s going to be really inspiring for him and he’ll have some new music based on that, I’m sure.”

While Justin and Jessica have yet to comment on the baby news, Daily Mail reported in July that the 38-year-old actress gave birth to a boy. They had been trying to keep the pregnancy as a total secret while the couple and their son Silas holed up in Montana amid Coronavirus pandemic. They also seemed to deliberately not post any full-body shots of Jessica on social media.