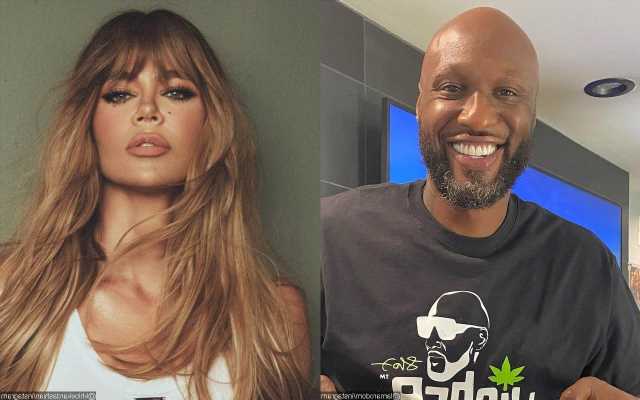 The former NBA star also confesses in ‘Sex, Drugs and Kardashians’ that his ex-wife, who he’s married to from 2009 to 2016, was the love of his life as she made him ‘feel secure enough.’

AceShowbiz –Lamar Odom would love another chance with Khloe Kardashian. The former NBA player thinks of his ex-wife, who he was married to from 2009 to 2016, as the love of his life and dreams of nothing more than taking her out on a date.

Asked if Khloe was the love of his life, he said in “TMZ Presents: Lamar Odom: Sex, Drugs and Kardashians”, “I think so. With all those other women I was with, none of them made me feel secure enough.”

And if Khloe offered him a second chance, he added, “I’d be like, ‘Where? When?’ Of course I would. I’m not a loser, and I feel like I lost. I would love to just take Khloe out to dinner. To be her friend.”

But the 43-year-old sportsman admitted he is “afraid” of being rejected by his former partner. He said, “I’m too shy and I’m a Scorpio and I hate being told ‘no’ and being denied. I’m afraid.”

Lamar just hopes the Good American founder can settle down with a good man after the heartache she experienced when both he and Tristan Thompson, the father of her daughter True, four, and a four-month-old son, were unfaithful to her. He said, “Hopefully the next guy in her life will do a lot better. Hopefully she learned from me and Tristan.”

The basketball star admitted he is embarrassed by the way he behaved during his marriage to “The Kardashians” star. He said, “I was having full-blown relationships on the road, and my wife is Khloe Kardashian. It’s buggin’. I’m laughing out of embarrassment.”

The former couple split in 2013, but Khloe put their divorce on hold in 2015 after Lamar suffered a near-fatal overdose and she helped nurse him back to health.

Lamar reflected, “She’d wipe my a**. It don’t get realer than that. And she would bring me pictures of my mother and my grandmother to help me with my memory. Definitely a keeper.”