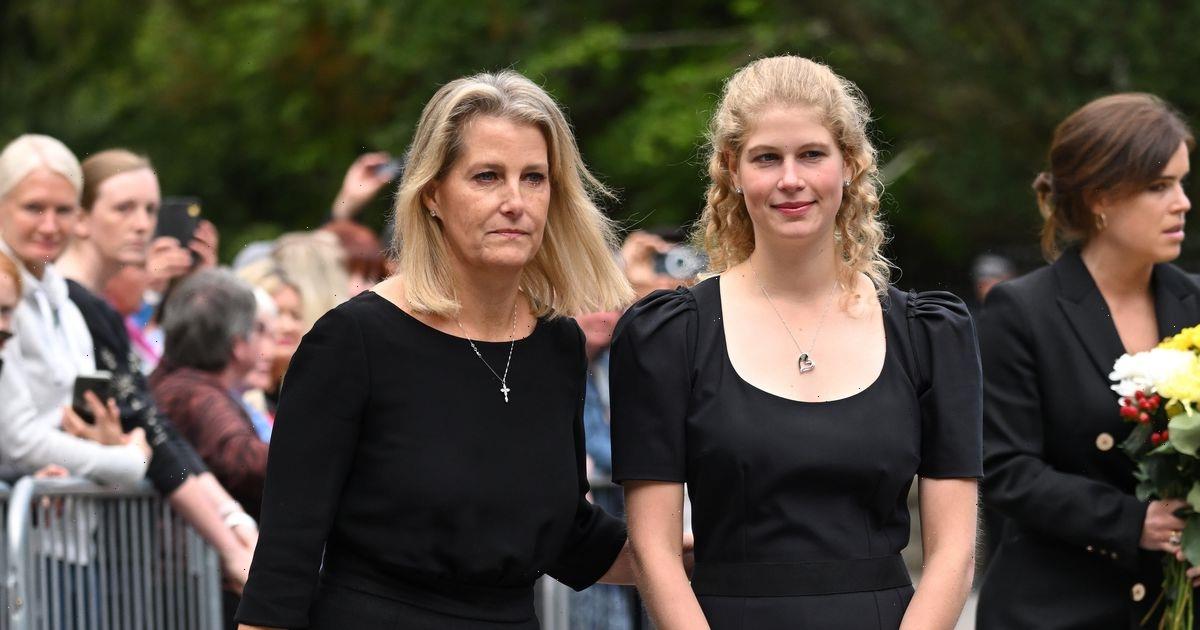 Sophie, Countess of Wessex and her daughter Lady Louise Windsor looked sombre as they held hands at Balmoral Castle on 10 September.

Sophie, 57, held onto her 18 year old daughter's hand as they thanked members of the public who had lined the streets leading to Balmoral, following a church service held in honour of the late Queen Elizabeth II earlier on in the day.

The duo were also joined by the Earl of Wessex, 58, along with many other Royals including Princess Eugenie, 32, Princess Anne, 72, and Prince Andrew, 62.

Lady Louise looked tearful as she remembered her late grandmother, who passed away on 8 September at the age of 96.

The 18 year old wore a black Dolce & Gabbana midi dress to the church service, with her mother wearing a similar dress paired with black tights for the occasion.

Royal fans were quick to comment on the pair holding hands at Balmoral, with one person writing: "Our beautiful sensitive Sophie. It was obvious to so many how much she loved the Queen and seeing her holding Louise's hand broke my heart".

A fourth person wrote: "Louise and Sophie holding hands," along with a broken heart emoji.

Lady Louise and Sophie also stopped to read the tributes and admire the flowers that had been left outside Balmoral by well-wishers, with the pair both looking visibly touched by the kind gestures.

They were joined by The Princess Royal and her husband Vice Admiral Timothy Laurence, 67, as well as Zara Tindall, 41, and Peter Phillips, 44.

Mum-of-three Zara looked tearful as she remembered her late grandmother and read the sweet tributes left outside, while Prince Andrew could be seen comforting his two daughters Princess Eugenie and Beatrice.

Queen Elizabeth II shared close bonds with her eight grandchildren and Lady Louise was believed to have had grown extremely close to the monarch over recent years.

In 2019, a royal insider told The Sun: “The Queen loves the fact that Louise and James relish their time at Balmoral, and she has become particularly close to Louise, who seems to have become her favourite grandchild, closely followed by James."