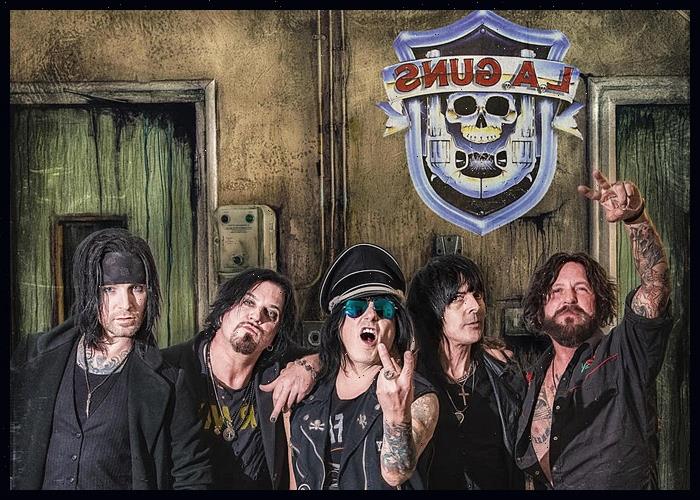 L.A. Guns have announced a new album titled Checkered Past. The band also dropped a new single from the upcoming album, titled “Knock Me Down.”

Checkered Past is the third consecutive L.A. Guns studio album to feature guitarist Tracii Guns and singer Phil Lewis, following 2017’s The Missing Peace and 2019’s The Devil You Know.

The 11-track Checkered Past is set to drop on November 12 through Frontiers Music SRL.

“Knock Me Down” is the second single from the album, following “Let You Down,” which was released last year.

“How ’bout you rethink. How you been messing it around. Don’t need no middle man. You got the top of the mount,” go song’s lyrics. “You knock me down Knock me down, baby. I’m ready to rise.”