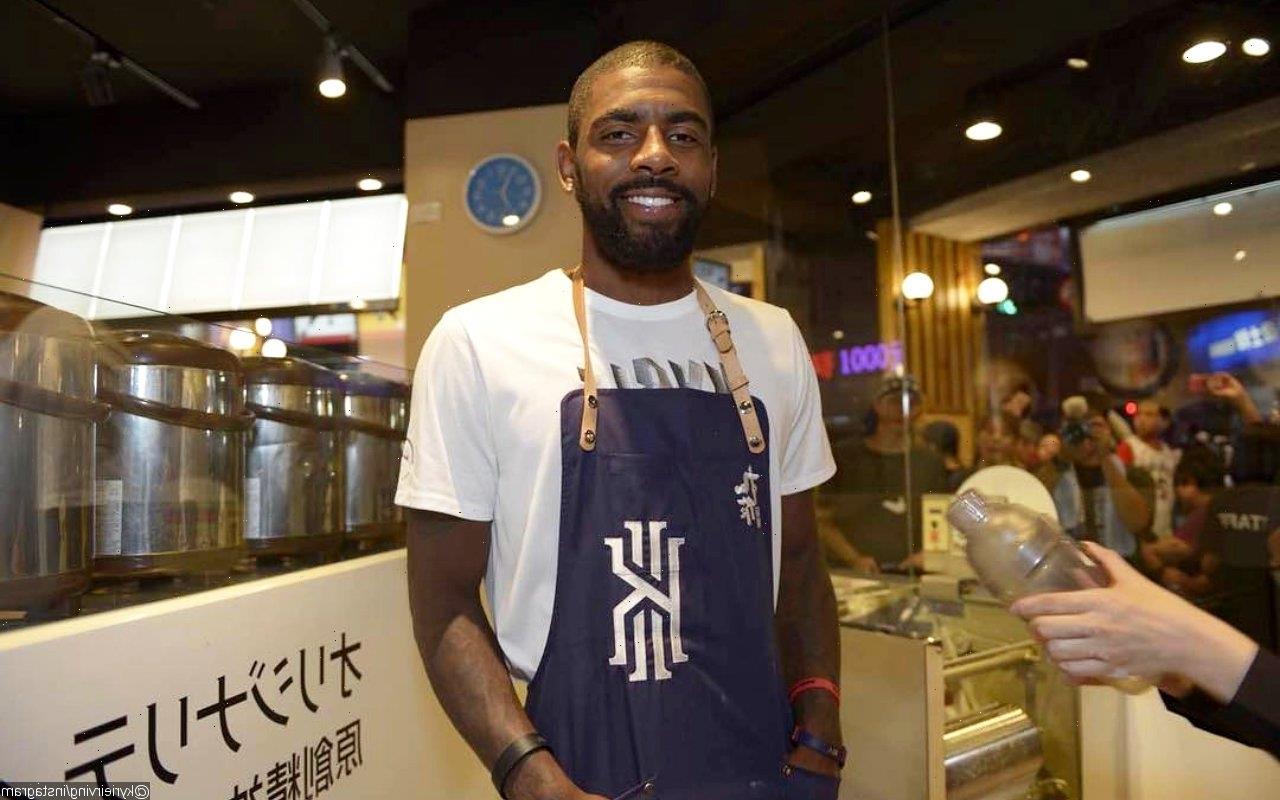 Prior to this, the seven-time NBA All-Star made $65,000 donation on Shanquella Robinson’s GoFundMe account and gave away $50,000 to Devin Chandler’s family following their tragic deaths.

AceShowbiz –Kyrie Irving continues to extend a helping hand. The seven-time NBA All-Star has been unveiled to have made a surprise $60,000 donation to a black Muslim school in New York City following his anti-Semitic scandal.

On Wednesday, November 24, a person named Hamza Abdul-Mumit hopped on Facebook to share the news. “Ky pulled up to my elementary/middle school this week and dropped a 60k bag. It’s the oldest Black Muslim school in NYC. That’s my former teacher. Big ups to the Bro,” so the man wrote along with a photo of the basketballer posing next to a middle-aged woman who wore a flower-patterned veil and black outfits.

Kyrie came under fire after tweeting a link to the “Hebrews to Negroes: Wake Up Black America” documentary, a movie that is said to promote anti-Semitism, on October 27 via Twitter. He was later suspended by the Brooklyn Nets on November 3.

Later, Kyrie issued a sincere apology over his anti-Semitic controversy. Not stopping there, Kyrie made a hefty $65,000 donation to Shanquella Robinson’s family. Shanquella’s family is seeking justice following her tragic death. She died during a birthday trip with several friends in Cabo, Mexico.

Kyrie also gave away $50,000 to Devin Chandler’s family. Devin was one of the three football players who died in the University of Virginia shooting. According to a witness, he was shot in his sleep by former UVA player Christopher Darnell Jones Jr.

Kyrie’s eight-game suspension ended on November 20 as the star point guard suited up for the Brooklyn Nets game against the Memphis Grizzlies. “I meant no harm to any person, any group of people,” he stated after being cleared from his suspension. “I don’t stand for anything close to hate speech, or anti-Semitism, or anything that is anti going against the human race.”

Then, in his first interview since returning to the field, Kyrie opened up about being “harshly” criticized on social media. “I would like to be on a platform where I could openly share how I feel,” Kyrie responded. The 30-year-old athlete continued that he wants to share his opinion “without being harshly criticized or being labeled or dealing with outside perceptions that have nothing to do with me.”