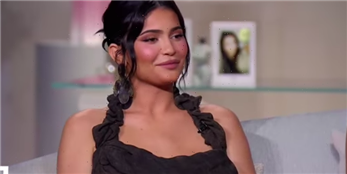 The Keeping Up with the Kardashians reunion (part 2!) aired last night, and the vibes were very serious. Mostly because Kourtney Kardashian and Scott Disick got a chance to open up about what went wrong in their relationship—and at one point Andy Cohen asked if Scott would have a chance with Kourt had he maintained his sobriety. Basically, Scott said “yes” and looked pretty emotional, while Kourtney added “yeah, probably,” and the rest of the family was just entirely silent. Until Kylie Jenner burst out laughing out of nowhere. As she put it, “sorry, this is just so deep, this is really deep.”

Khloé Kardashian went ahead and @-ed Kylie on Twitter, writing “Kylie with the awkward laugh right when Kourt and Scott we’re getting deep #KUWTKReunion I swear Kourt was about to cry #KUWTKReunion.”