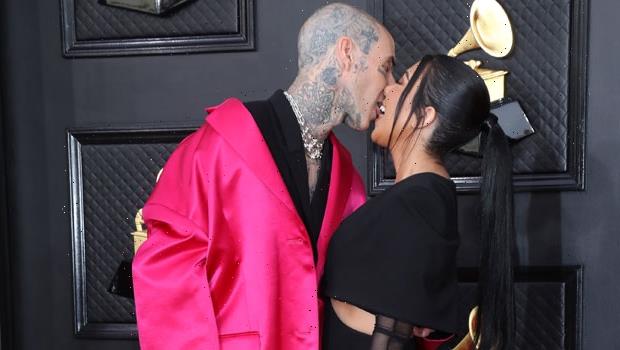 Kris Jenner is sharing how her family’s new show ‘The Kardashians’ is mostly just Kourtney and hubby-to-be Travis engaging in their well-known PDA.

Kris Jenner is here to tease more elements of her new show The Kardashians, and it’s unsurprising to learn we have more Kourtney Kardashian and Travis Barker PDA coming our way! “It is 98% of the new show, is that wrong?” the KarJenner matriarch joked with Ellen DeGeneres on a recent episode of her show while promoting the new Hulu series.

Ellen then laughed with Kris about how she had to “interrupt” the soon-to-be-married couple from making out to announce Kourt’s sister Kim Kardashian was getting a gig on Saturday Night Live. “Even at your house for Christmas, Travis and Kourtney — for real — just make out non-stop! That’s all they do!”

Although many have critiqued the couple for their antics, sources have told us the pair really “couldn’t care less” what people think about their hot and heavy PDA . Since taking their relationship public in February 2021, the reality star and her Blink-182 drummer beau have made it clear they won’t be slowing down anytime soon!

“Travis and Kourtney are in the honeymoon stage, they can’t get enough of each other,” a source close to the couple told HollywoodLife EXCLUSIVELY. The attraction between them is off the charts, so that’s a big part of the relationship and it naturally comes out in their social media posts.” 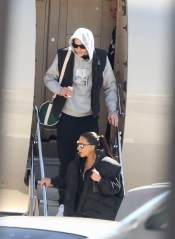 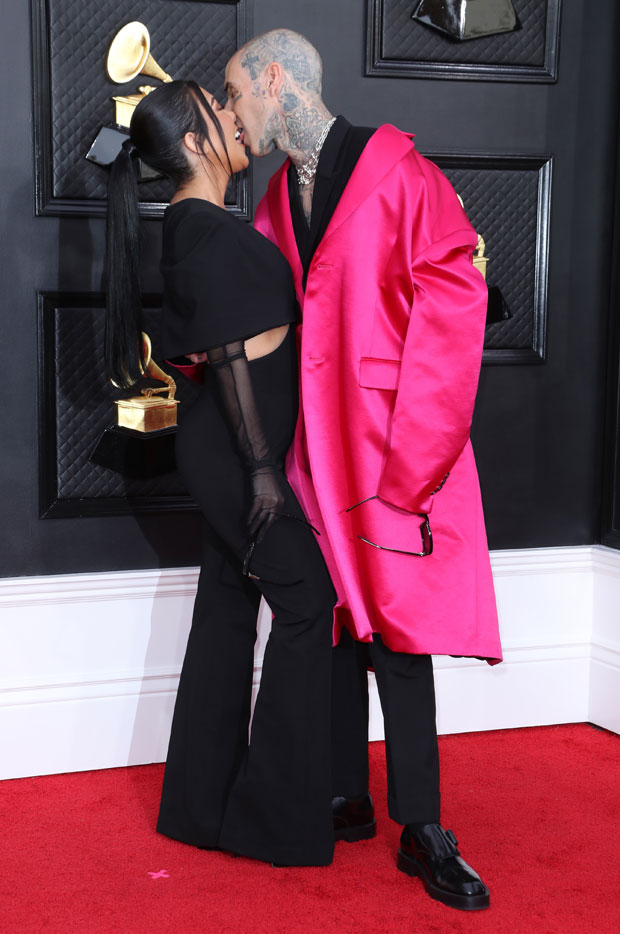 “They spend a ton of time together but they can’t be together 24/7 and it’s usually when they’re not together that they post each other,” the source continued. “Travis likes to let Kourtney know that he’s thinking about her when she’s not there and the fact that he takes it even further and does it in such a public way is so sweet.” While most fans are all for the couple’s sexy social presence, not everyone is here for it. But multiple sources told HL that Kourtney and Travis aren’t paying attention to the haters.

“They couldn’t care less what other people think about their social media posts,” a source close to the couple shared. “Kourtney hasn’t been into somebody like this in a really long time and she’s happy to share anything she wants about it with her fans.”