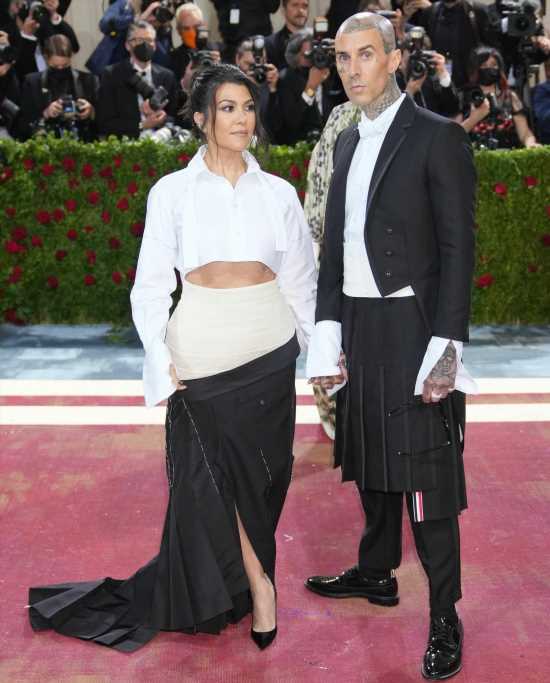 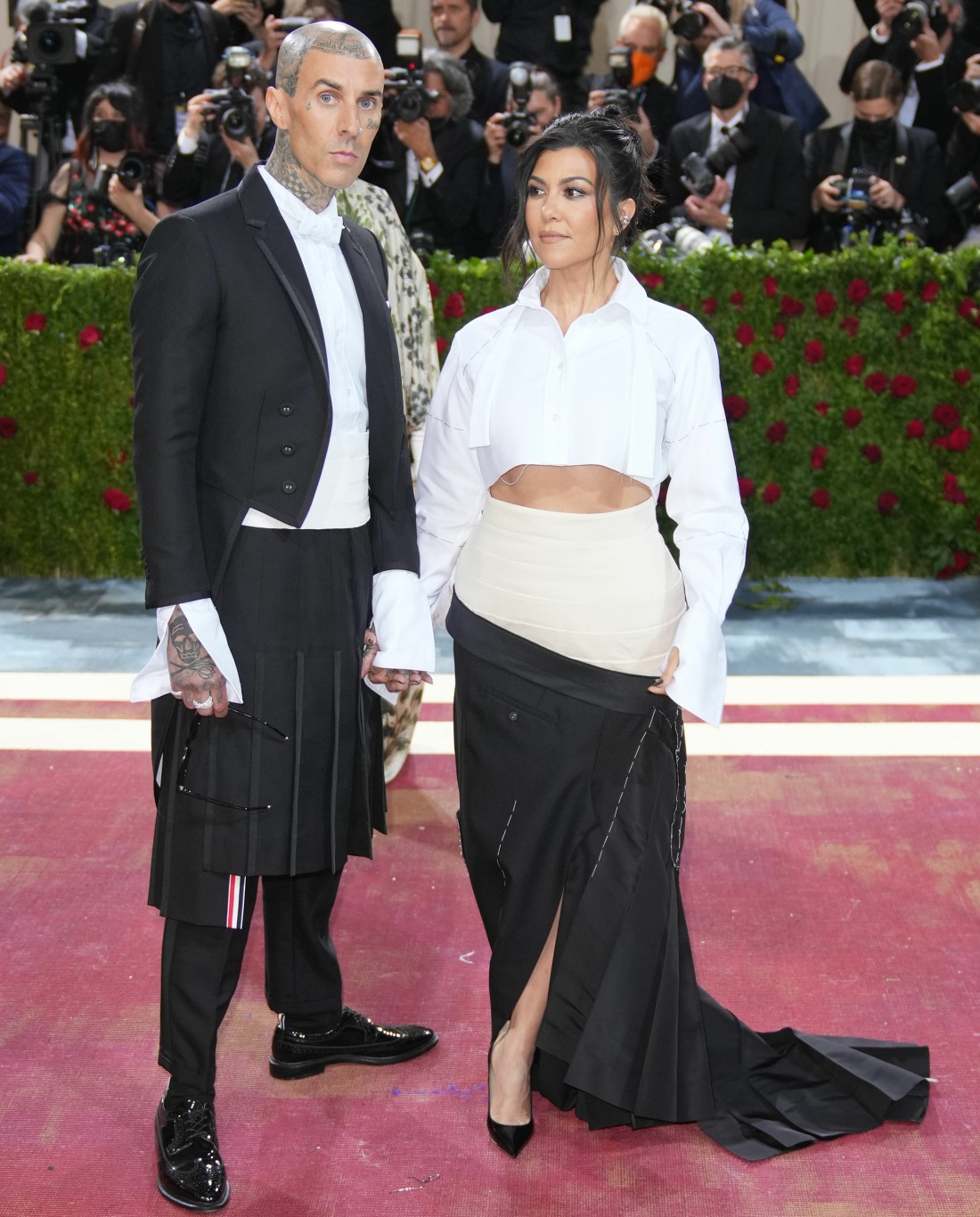 Kourtney Kardashian spoke to the Not Skinny But Not Fat podcast this week, and she talked a lot about her life and family. Kourtney married Travis Barker this year after a whirlwind courtship (although they’ve known each other for decades). There’s been a lot of talk – some of it confirmed by Kourtney – that Travis and Kourtney are trying to conceive a baby. Kourtney has three kids with Scott Disick, and Travis is dad to Landon, Alabama and (stepdaughter) Atiana de la Hoya. They’ve already been working on blending their family, and I guess they both want another kid. Which brings Kourtney to the topic of IVF. Kourtney also talks about co-sleeping with her daughter, who is 10. Some quotes from Kourtney’s pod interview:

On IVF: Kourtney Kardashian felt “pushed into doing IVF” with her husband, Travis Barker. She explained that her age played a factor in the pressure she felt – “If you even look anything up online about things you can do to help get pregnant … it says on there, like, ‘If you’re over 40’ — or it might even say something younger — it says, ‘Go right away.’ So I felt a little bit pushed.” The Poosh creator noted that she and the rocker, 46, are “now done with IVF” and hoping that “God blesses [them] with a baby.”

Blended family: “There are so many emotions involved with so many kids. I think we’re at a really good place. I think we’re really patient and taking it slow … with the kids and just keeping everyone in their comfortable place.”

On her 10-year-old daughter Penelope: Just because Penelope Disick looks “so grown” these days doesn’t mean she’s too cool to snuggle up next to Mom. In fact, Kourtney Kardashian revealed Tuesday that her 10-year-old daughter still spends the night with her in her bed. “She’s slept with me every day since she was born and pretty much still does. Unless she has a friend sleep over or unless she leaves me to go sleep at Travis’ or Auntie Coco’s [Khloé] or Auntie Kiki’s [Kim]. But besides that, we are so close.”

Penelope is her “mini-me.” “She is such, I can’t even explain it. She is my girl that I do not worry about.”

The IVF thing – they talked about their baby plans for much of the past year, and there were definitely moments where I thought Kourtney was already knocked up. I wouldn’t be surprised if they were able to conceive without IVF, just as I wouldn’t be surprised if they did another IVF round at some point. As for the co-sleeping… a lot of parents swear by it and I’m not going to judge. I do think 10-years-old is too old for it personally, especially every night. Specifically regarding Penelope, I don’t think that child is as happy as her mom seems to think. Penelope seems especially grossed out by Kourtney and Travis’s excessive PDA. 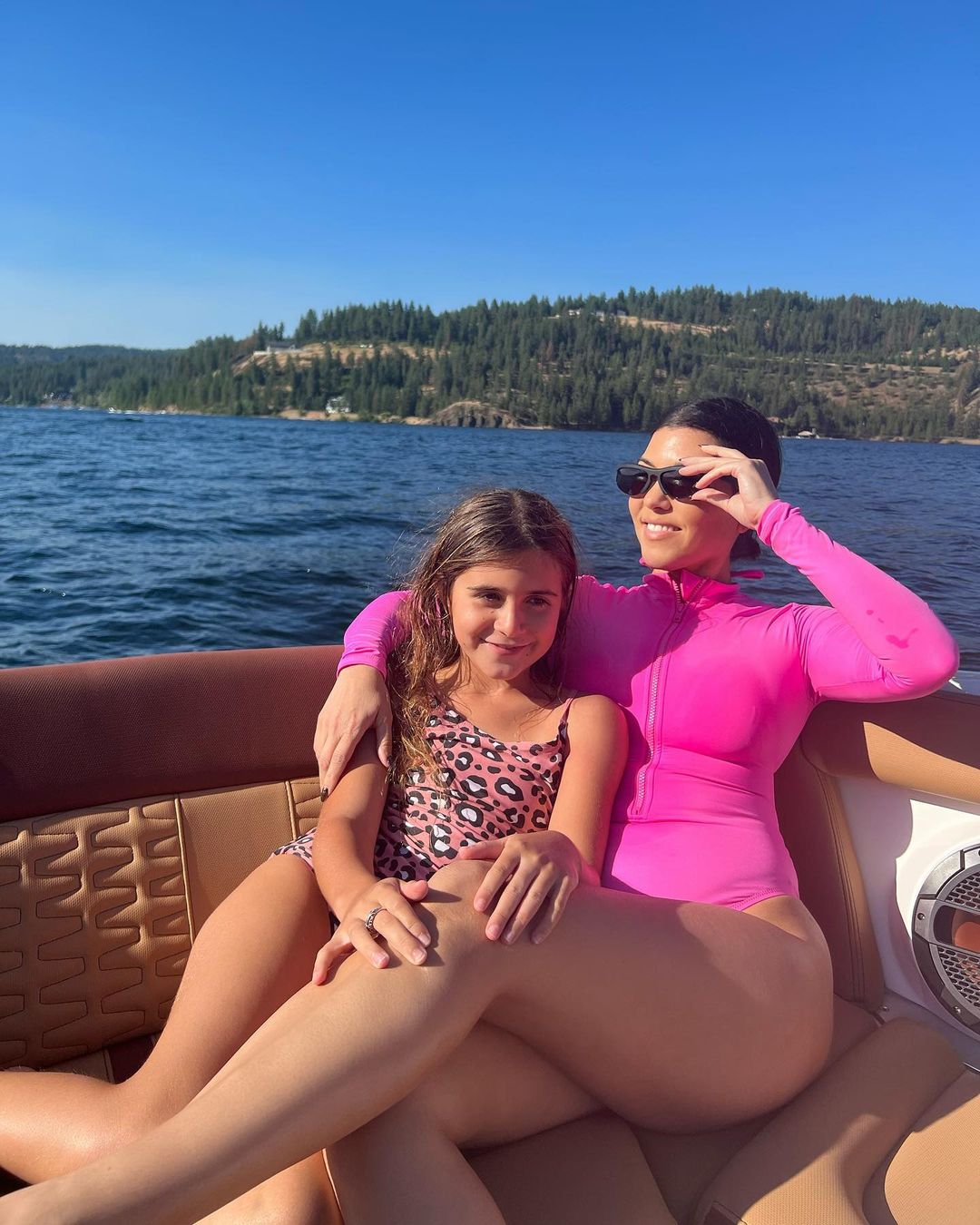 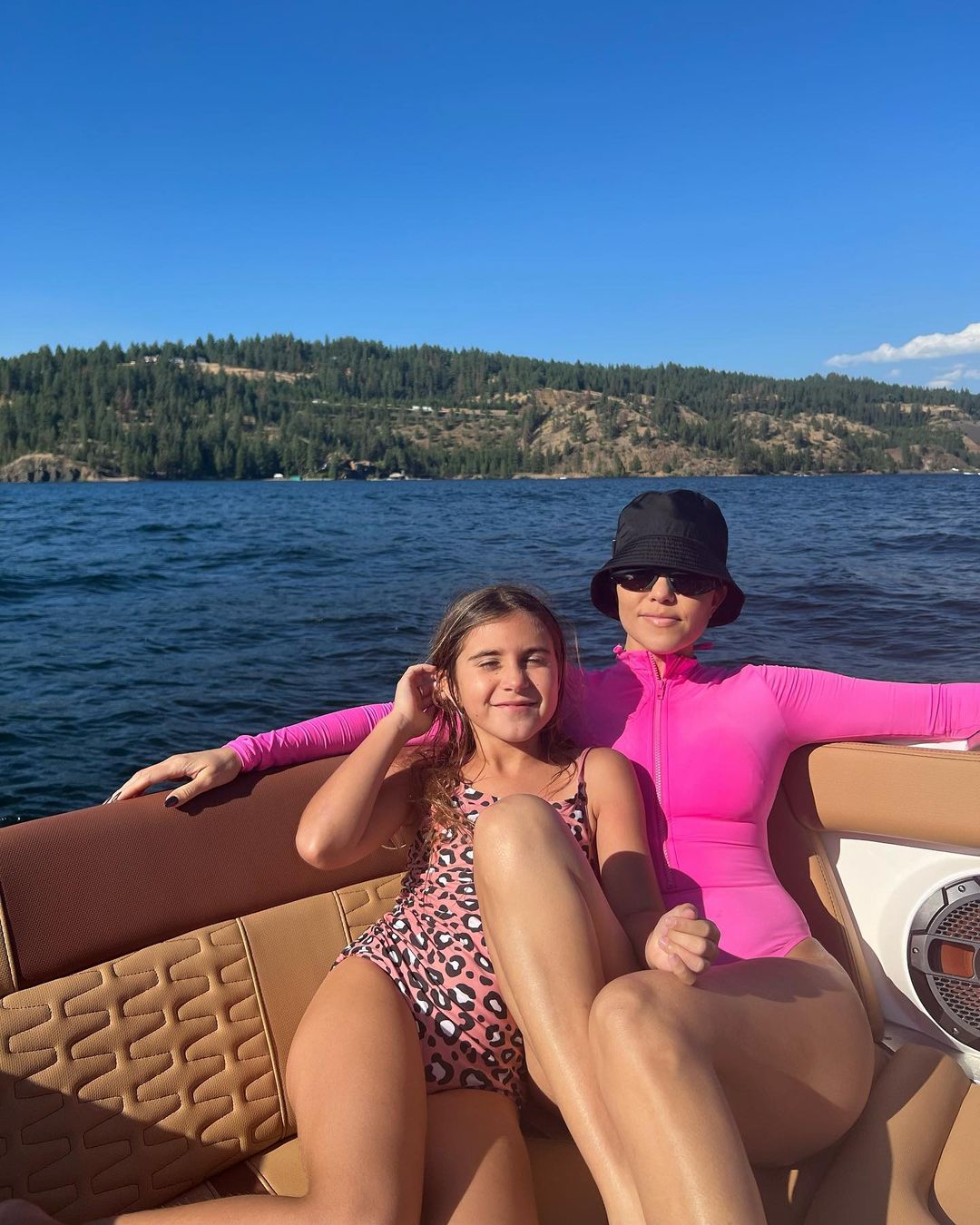