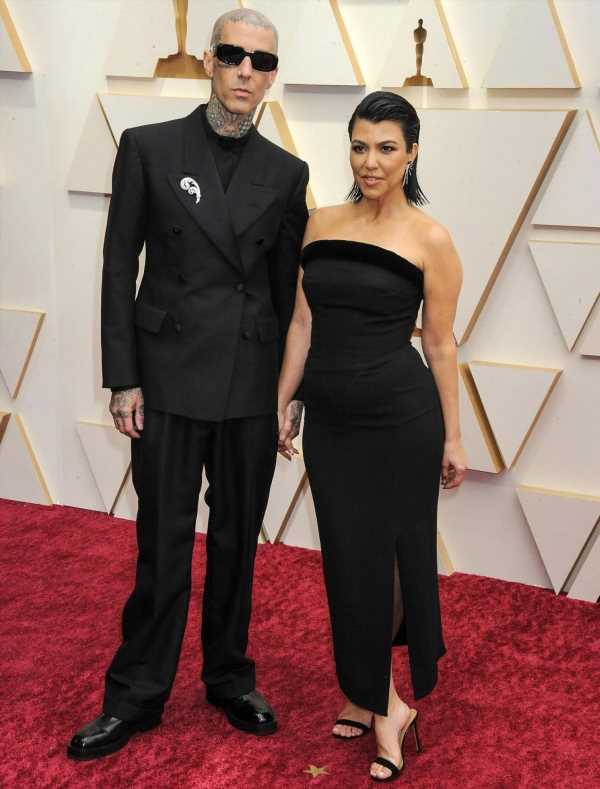 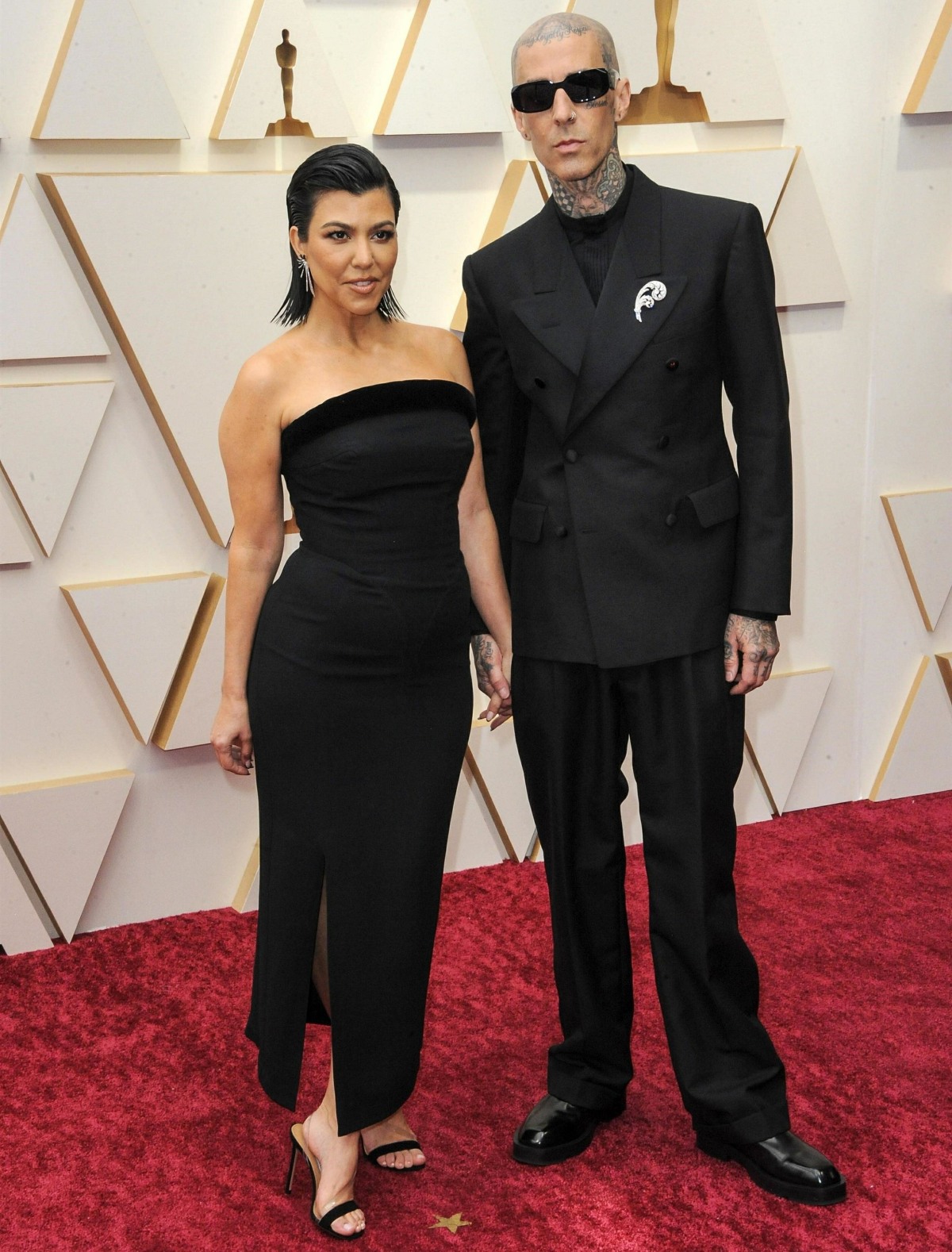 While I don’t particularly care about Kourtney Kardashian or Travis Barker on their own, I’ve found myself strangely invested in their relationship. It’s kind of cool to see two 40-somethings with dramatic romantic histories find each other and everything just falls into place. I’m being serious! Their kids get along, their families get along, and Travis and Kourtney seem happier than I’ve ever seen them. *whispers* I even think they’re kind of sexy together. Anyway, they got engaged last fall and I’m sure we’ll see the beach proposal on the Kardashians’ new Hulu series. But will we see them elope in Las Vegas? Because they apparently did just that on Sunday, after they attended the Grammys.

Kourtney Kardashian and Travis Barker took full advantage of being in Sin City for the Grammys … having a wedding ceremony in the middle of the night at a wedding chapel … i.e., they’re married!!! Kourtney and Travis walked in around 1:30 AM Monday … only hours after he performed live at the Grammys. We’re told the two didn’t allow the venue to take any photos, bringing their own photographer and security instead.

Sources connected to the couple tell TMZ … they had a marriage license and presented it to the chapel’s owner, who was also a witness. We’re told it was important to them that an Elvis impersonator officiate the wedding … so Elvis pronounced them man and wife.

Our sources say this will not be the only ceremony to mark the couple’s commitment. We’re told there will be “several’ other celebrations, with lots of fanfare.

It’s the first marriage for Kourtney, who never said “I do” to ex Scott Disick despite having 3 children together. For Travis, this is his third marriage. He was with his first wife, Melissa Kennedy, for only 9 months before he filed for divorce back in 2002. Travis married Shanna Moakler a few years later in 2004, but he filed for divorce after nearly 2 years in 2006 and in 2008 their divorce was finalized.

It wouldn’t surprise me at all if they did this just as TMZ reports. They probably partied after the Grammys and then slipped away for this Vegas elopement. I bet some of their friends were there, but the Kardashians will be big mad that they weren’t invited. But as TMZ says, this probably won’t be the only “wedding.” I also suspect they wanted to get officially hitched because… I suspect that Kourtney will have a big announcement very soon. Anyway, congrats to them. It reminds me of what Joe Jonas and Sophie Turner did – they eloped right after the Billboard Music Awards a few years ago. They did it for legal purposes in America, because their big wedding was in Europe.