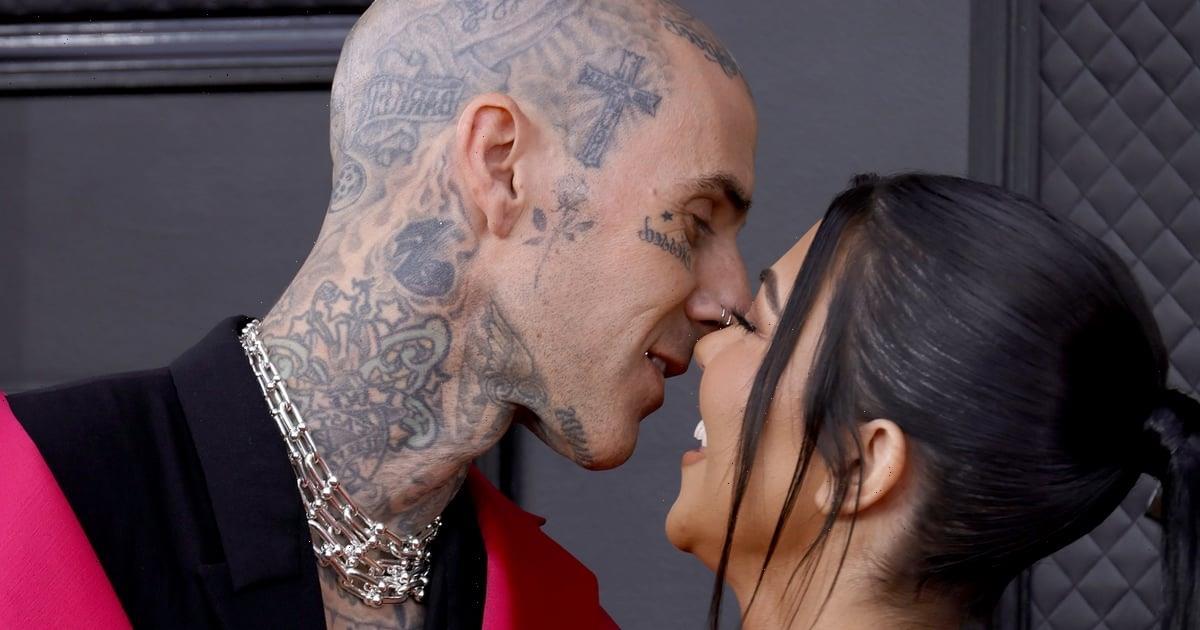 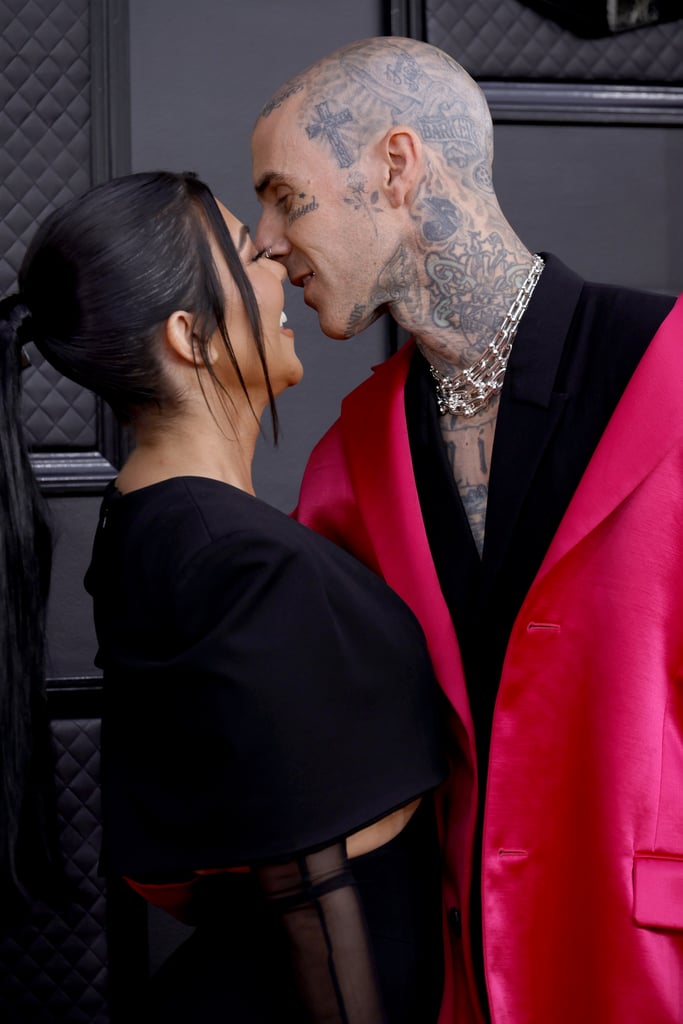 Kourtney Kardashian and Travis Barker Share Kisses at the Grammys

Kourtney Kardashian and Travis Barker hit up the 2022 Grammys on April 3. The couple walked the red carpet hand in hand, stopping to kiss for the cameras.

Kardashian and Barker were twinning in matching black rectangular sunglasses. Kardashian wore a black jumpsuit with cutouts at the waist and a pair of black mesh gloves. Barker, on the other hand, wore an oversize pink coat that he took off to reveal a sleeveless black blazer and matching pants. Barker is set to perform with H.E.R. and Lenny Kravitz.

The couple’s appearance at the Grammys comes just a week after the pair attended the Oscars, where Barker played music during the ceremony. They were also spotted at the Vanity Fair Oscars party.

Kardashian and Barker announced their engagement back in October. The couple are longtime friends, but went public as a couple in February 2021. They’re currently planning their wedding. Barker will also appear alongside his fiancée on the new Hulu show, “The Kardashians,” which will hit the streamer on April 14.