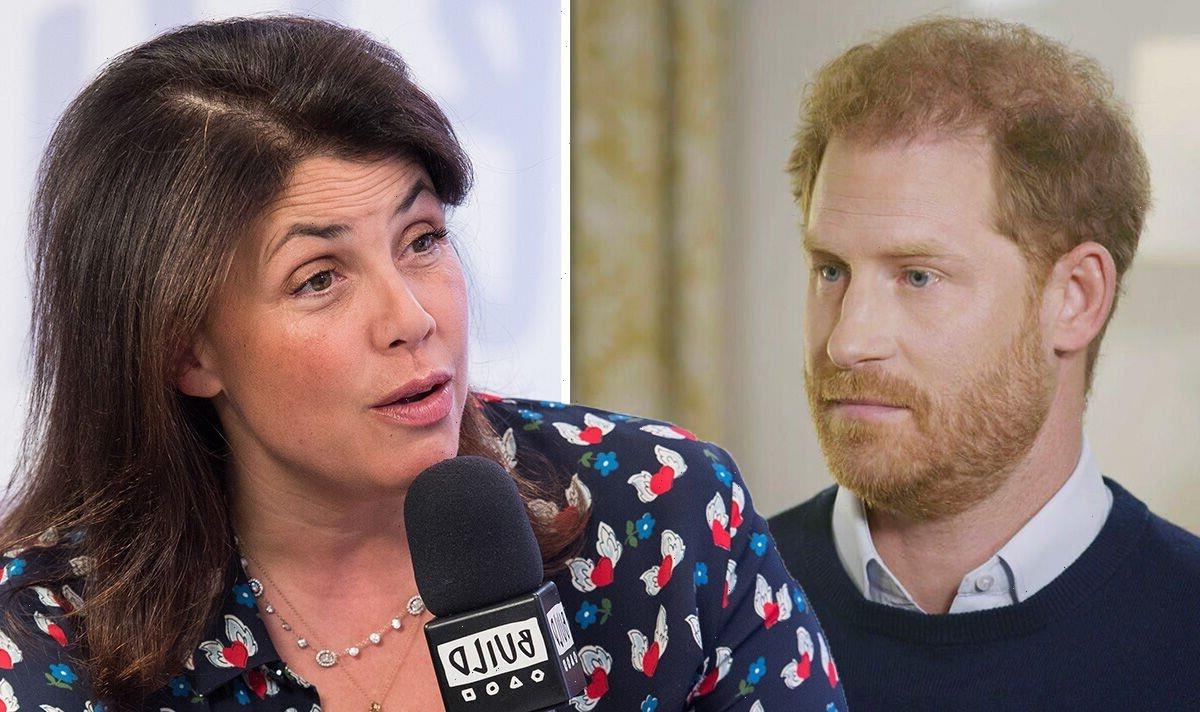 Kirstie was left entirely unimpressed with how Prince Harry came across and questioned his true intentions behind releasing the book.

“So they’re in bed with the devil, but Harry’s just chatting to @tombradby on Prime Time ITV for what?” she penned angrily in view of her 431,300 followers. (sic)

Soon afterwards, she tweeted: “What work?! Your book, this interview, it isn’t about service or charity this is about you, you, you.” (sic)

“And let’s be honest Harry and Meghan have briefed, and briefed and briefed,” the presenter added.

In a final tweet on the subject, she wrote: “So far there has been no concessions from Prince Harry that any of this is fault.

“He and his wife have seemingly done nothing wrong and everything is everyone else’s fault.

“That’s not how life works,” Kirstie concluded in her angry rant against the couple.

Some of Kirstie’s followers disputed the contents of her tweets, with Tom England writing: “Did you not see the part when he has asked to be told what they believe he and his wife did wrong so they can reflect and apologise?”

The Channel 4 star then fired back: “Yes, that was after my tweet. Mostly though when you’ve been in a huge row with your family you know, to some degree, what part you’ve played, I thought that answer didn’t ring true.”

He went on to insist he had no intention of hurting or harming them, but with regards to the tabloid press, said that “certain members have decided to get in bed with the devil” to rehabilitate their own images.

Stating that this was “their choice” he continued: “But the moment that rehabilitation comes at the detriment to others, me, other members of my family, that’s where I draw the line.”

In excerpts from Spare that were read aloud during his interview last night, Prince Harry wrote that his interests had been “sacrificed” to Camilla’s “PR altar”.

He also previously claimed that his stepmother had turned his bedroom into her own private dressing room as soon as he left the family home.

Asked if he felt he had been “pretty consistently scathing” about his father King Charles’ second wife, he replied: “Scathing?

“There’s no part of any of the things that I’ve said that are scathing towards any member of my family, especially not my stepmother.

“There are things that have happened that have been incredibly hurtful, some in the past, some current.”

Harry – The Interview is available to watch now on ITVX.