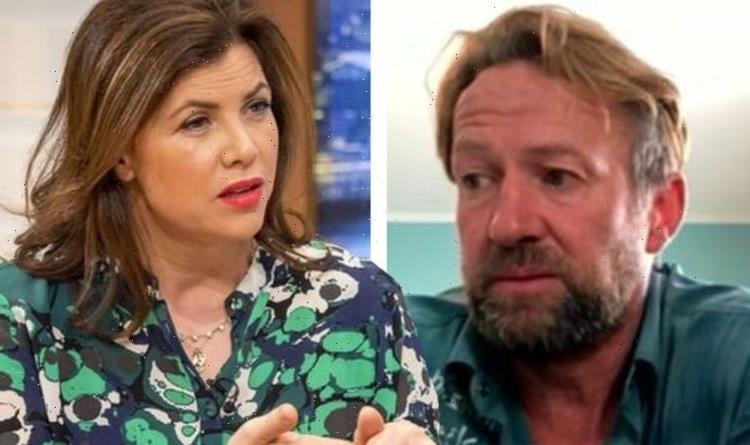 Kirstie Allsopp, 49, isn’t afraid to speak her mind when it comes to global issues and recently called out the UK for caring more about ex-Royal Marine Pen Farthing’s animals than human beings during the Afghanistan crisis. The Location Location Location presenter branded it a “betrayal”, explaining she “simply could not conceive” it.

We have betrayed and let down so many people

The soldier made headlines when he put out a plea to save the animals who were being looked after by his charity Nowzad, which he set up while doing a tour of Afghanistan in 2006 with the Marines.

After the fall of Kabul to the Taliban earlier this month, the pet hero vowed to stay in the city until his Afghan staff members and their immediate family members could leave Afghanistan as well, a campaign he dubbed Operation Ark.

Through donations, he raised £365,000 to charter a jet to evacuate his staff, as well as the animals sheltered by his charity.

However, while visas were granted for his 24 staff and their dependents, it was reported only he and almost all of his 173 cats and dogs were allowed safe passage as the others were prevented from entering the military-controlled area at Kabul airport.

In a statement, they wrote: “We are relieved to confirm that Pen and the Nowzad animals [have] left Afghanistan and are now safe.

“However, we still have much to do as our wonderful team in Kabul were not allowed through the final barrier.

“It was a devastating blow to us. We are now working extremely hard to get them evacuated and will not rest until they too are safe.”

The statement continued: “Our thoughts for now are with our staff and the many people and animals who have also been left behind.

“We will do our utmost to help them.”

Following news that Farthing had landed in London with his animals on Sunday, some feared that the true number of people left in Afghanistan, which include hundreds of interpreters who aided British troops over the past two decades, is higher than the 5,000 figure.

With this in mind, Kirstie took to Twitter to rage as she penned down her thoughts in view of her 424.3K followers.

“If I were left in Afghanistan, or were trying to get a member of my family out, I simply could not conceive how we could get dogs & cats on a plane to the UK but not humans,” she snapped.

“We have betrayed and let down so many people and then told them straight up that animals matter more.”

While some people agreed with her there were others who didn’t, as one replied to the TV star: “Do you imagine dogs and cats sitting in plane seats having a complimentary drink? They were in a hold not fit for humans. Same hold they put equipment. Distraction rubbish that deflects from the fact that Tory government left at least 9000 people behind due to inept planning.”

Kirstie soon hit back: “This isn’t true. You are allowed to use the hold for humans in an emergency.”

But her claim was ambushed by more users, one of whom retorted: “The actual plane was empty for goodness sake. It was privately chartered and offered up for anyone to get on board. There was nobody left who was legally able to board. Try getting your facts right before you peddle propaganda.”

Another said: “They [animals] were in the cargo! Animals took up no space. The plane extra seats were offered. When will you read facts.”

“How does that make any difference to the people who saw them being loaded into the plane?” Kirstie snapped back.

“Can you not see how betrayed many left behind feel by this obsession with ‘innocent animals?'”

Another commented: “Kirstie, it was a privately chartered plane by vets, who care for animals. If certain ministers would not had tantrums (and saved cars), the plane would have been filled with people. There are other organisations who help people getting out. So stop complain about Pen’s mission.”

She hit back: “I am not ‘complaining’ about anyone’s mission. I am pointing out the sense of betrayal that will be felt by those left behind when they learn that we managed to get dogs and cats out but not them.”

Kirstie followed up in a separate tweet: “He’s failed totally to do what was right, and betrayed utterly the people of Afghanistan,” but fans were left confused as to who she was referring to.