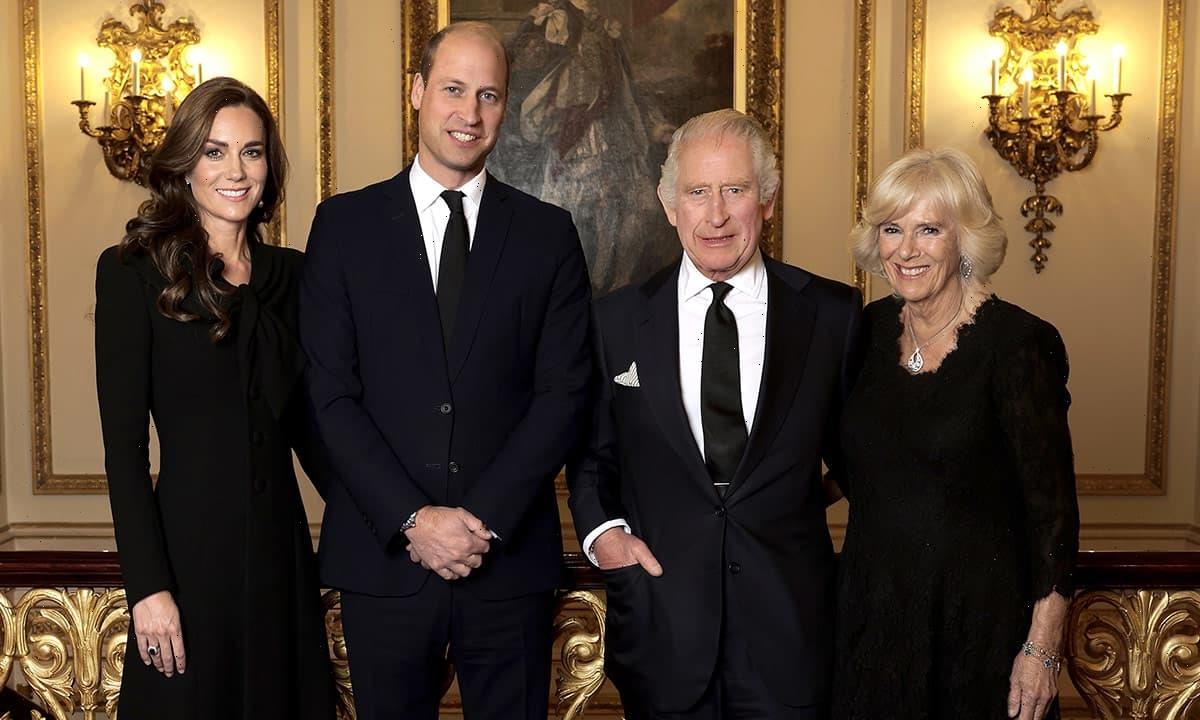 A stunning new photo featuring King Charles has been released, and it shows him with his wife the Queen Consort, alongside his heir, Prince William and the Princess of Wales.

The gorgeous photo was taken inside Buckingham Palace and was taken ahead of when the royals hosted heads of state on 18 September ahead of the Queen’s state funeral. In the snap, the royals looked so elegant at what would have been a heartbreaking moment for the family. Charles posed with his hand in his pocked, wrapping his arm around his wife. William stood by his father’s side, while the Princess of Wales wrapped her arm behind her husband.

WATCH: King Charles III: ‘It was a privilege to be Prince of Wales for so long’

As the royal period of mourning was still in place, the group all wore black, with Camilla and Kate looking elegant in their flowing outfits, while Charles and William looked very smart in their suits.

Although they weren’t featured in the photo, other working members of the royal family were at the event, including Princess Anne, Prince Edward and Sophie Wessex.

Following the Queen’s state funeral, the new King and Queen Consort headed for their Birkhall home, which is located on the late monarch’s Balmoral estate.

The family snap was taken ahead of the Queen’s funeral

While there, they reached out to Mary Simon, the Governor General of Canada, in the wake of the devastation caused by Storm Fiona.

It read: “My wife and I were most concerned to hear of the appalling devastation caused by storm Fiona and particularly wanted to send our profound sympathy to the people of Atlantic Canada whose lives, livelihoods and properties have been so badly affected by this disaster.

DISCOVER: Queen Elizabeth II – what will happen to her patronages and properties?

“We have fond memories of our recent visit to your beautiful region and know that your resilience and sense of community will help you through these unbelievably difficult times.

“We would also like to express our deep appreciation to the first responders, the military and to community members who are doing so much to support others during this extremely challenging period.

“Our thoughts and prayers are very much with all of you as you work to recover and rebuild.”