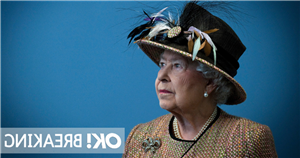 King Charles III has confirmed that the day of Queen Elizabeth II's funeral will be a bank holiday as he was proclaimed King in a historic event.

The new monarch, 73, has approved an order that the day of the late Queen's funeral will be a bank holiday in England, Wales, Scotland and Northern Ireland. King Charles announced the news on 10 September during an Accession Council ceremony.

Her Majesty passed away on 8 September at Balmoral Castle at the age 96, and her funeral is set to take place later this month, with a specific date yet to be confirmed by the Royal Family.

During the historic ceremony, Lord President of the Council Penny Mordaunt said: “Drafts of two proclamations. One – appointing the day of Her late Majesty’s state funeral as a bank holiday in England, Wales and Northern Ireland.

“Two – appointing the day of Her late Majesty’s state funeral as a bank holiday in Scotland. And of two orders in council, directing the Lord Chancellor to affix the great seal to the proclamations.”

King Charles then replied: "Approved," confirming the upcoming bank holiday across the UK.

The news came after King Charles was officially proclaimed as monarch during the moving ceremony.

Charles automatically became King after the death of his beloved mother, but the Accession Council in the state apartments of London's St James’s Palace confirmed his role on Saturday 10 September.

The ceremony was attended by members of the Privy Council including senior politicians past and present, with Prime Minister Liz Truss, her predecessor Boris Johnson and Sir Keir Starmer among them.

Queen Consort Camilla and the new Prince of Wales, William, were also in attendance and both signed the declaration in the first half of the ceremony, before ceremony moved into the throne room, where the new King was welcomed.

“I propose that, when certain necessary business has been transacted, a deputation consisting of Her Majesty, His Royal Highness, the Archbishop of Canterbury, the Lord Chancellor, the Archbishop of York, the Prime Minister, the clerk of the Council, and myself, shall wait on the King and inform him the Council is assembled.”

The clerk of the council then read the historic text of the proclamation, which began: "Whereas it has pleased almighty God to call to his mercy our late Sovereign lady Queen Elizabeth II of blessed and glorious memory, by whose decease the Crown of the United Kingdom of Great Britain and Northern Ireland is solely and rightfully come to the Prince Charles Philip Arthur George."

The new monarch did not attend the ceremony, only joining after he has been proclaimed monarch, at 10am, to hold his first Privy Council meeting.