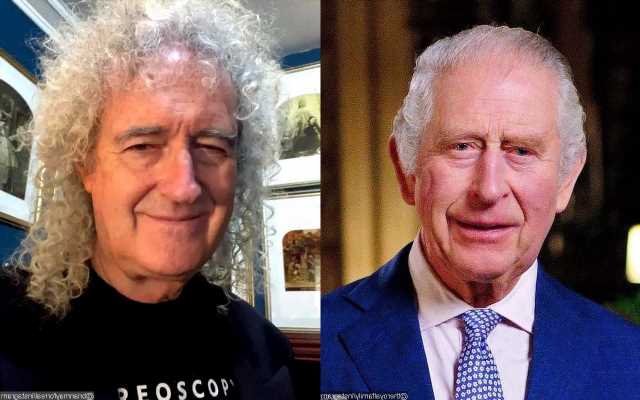 Also having been recognized in the 2023 New Years Honors List is Jason Knauf, Prince Harry and Meghan Markle’s ex-PR boss who accused the Duchess of Sussex of bullying.

AceShowbiz -King Charles will knight Queen guitarist Sir Brian May in his first New Year’s Honors. Also having been recognized in the list is Prince Harry and Meghan Markle‘s ex-PR boss who accused the Duchess of bullying. Meanwhile, four of England’s Lionesses football team will get gongs following after their Euros football triumph.

Jason Knauf, who initially worked as joint head of communications for both the Sussexes and the now Prince and Princess of Wales, has been made a Lieutenant of the Royal Victorian Order, entitling him to put the letters LVO after his name. He made serious allegations about Meghan, Duchess of Sussex’s alleged bullying of junior royal family staff before he stepped down and became a special adviser to Prince William and his wife Catherine, and then chief executive of the Royal Foundation, the charitable arm of their official operations.

He said on Friday night, December 30, “Working for the Prince and Princess of Wales was the honour of a lifetime. Receiving this recognition means more to me than I can say. I am incredibly grateful”. He gave evidence during Duchess Megha’s High Court privacy case against The Mail on Sunday.

Sir Brian (75) guitarist on Queen hits such as “We are the Champions”, pledged to “do the things one would expect a knight to do” including “fight for justice” and for “people who don’t have any voice”. Lionesses skipper Leah Williamson, 25, is getting an OBE following the team’s 2–1 extra-time win over Germany in July’s Euros.

Her teammates Beth Mead (27), defender Lucy Bronze (31) and goal scorer Ellen White (33) are receiving MBEs, with Lucy telling The Sun on Friday, “To be on this list because I’ve just been doing something that I love is amazing.” The women’s coach Sarina Wiegman (53) gets a CBE on the overseas list, and said, “I feel privileged and humbled and would like to dedicate this to the players, support team and others within the Football Association who have worked tirelessly for our shared success.”

Dame Denise Richards (51) who helped organise the Commonwealth Games in Birmingham and won gold at the Sydney Olympics 2000, was another of the athletes to be honoured. She said, “It’s an incredible honour. I’m trying to take it in and its enormity. I recognise I’m one of very few women in athletics that have received a damehood. I’m just so proud and incredibly beside myself.”

More than 1,000 are honoured on Charles’ first New Year’s list. Other famous faces included are actors Stephen Graham (49), David Harewood (57), who are getting OBEs, while stand-up comic Frank Skinner (65) is made an MBE. “Dennis the Menace” illustrator David Sutherland (89) who has been drawing for The Beano for 60 years is getting an OBE.