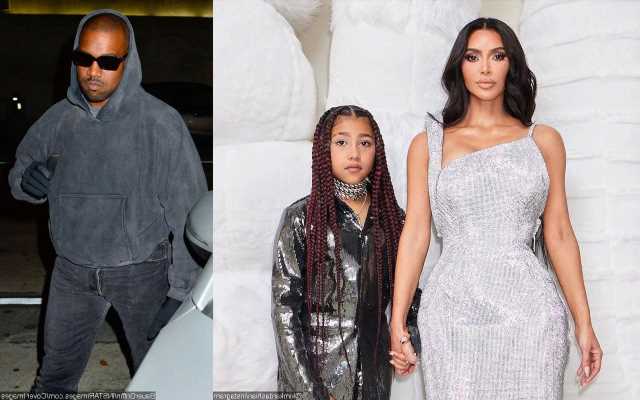 The nine-year-old daughter of the ‘Kardashians’ star and the ‘Donda’ rapper is allowed to create videos on her joint account with her mom despite it against her dad’s will.

AceShowbiz –Kim Kardashian has agreed to a strict rule for North West’s TikTok use with Kanye West. The SKIMS founder’s nine-year-old girl is allowed to create videos on her joint account with her mom, who appears in many of the clips but she has to use her parent’s phone and isn’t allowed to browse other TikToks.

Speaking to Gwyneth Paltrow on her “Goop” podcast, the mother-of-four, who also has Chicago, four, Psalm, three, and Saint, seven, with ex-husband, said, “It can only be on my own phone. It’s not something where she can scroll and look at things. We don’t do comments.”

North uses the app as her creative outlet. Kim added, “She loves to do it and it makes her so happy. She’s so innocent in so many ways.” The “Good Morning” rapper previously said North was allowed to join the video-sharing app “against (his) will.”

He wrote earlier this year, “SINCE THIS IS MY FIRST DIVORCE I NEED TO KNOW WHAT I SHOULD DO ABOUT MY DAUGHTER BEING PUT ON TIK TOK AGAINST MY WILL ? (sic).” The mom-and-daughter duo launched the joint account in November 2021. 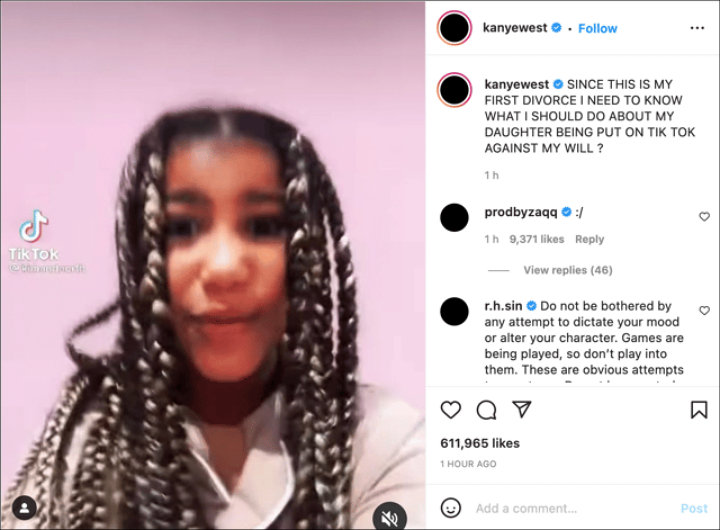 Kim, 42, and Kanye, 45, split earlier that year. Kim was advised not to allow North to do TikTok Lives by Mason Disick, Kim’s sister Kourtney Kardashian‘s 13-year-old son with her ex Scott Disick, after Kim told her off for starting one when she’s not allowed to.

Mason said in text messages to his aunt, “Hi I don’t wanna disrespect North but I don’t think she should do the lives unless someone is with her because people are always screen recording and she might tell information that isn’t correct and stuff like that, that she will regret. I did the exact same thing as she did I would do the lives and now I regret saying one of the things I said.”