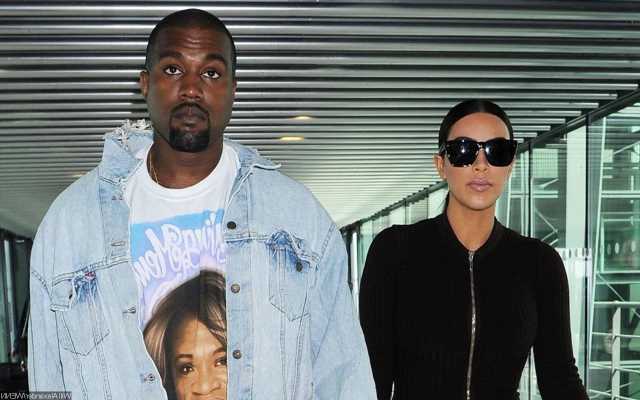 In a new interview, the former ‘Keeping Up with the Kardashians’ star also reveals that she and her estranged husband still work together on some of her business ventures.

AceShowbiz –Kim Kardashian might be ending her marriage to Kanye West, but it doesn’t mean that she stops admiring him. In a new interview, the former “Keeping Up with the Kardashians” star gushed over the “Gold Digger” hitmaker and described him as the “most inspirational person” ever.

“Kanye will always be the most inspirational person to me,” the 41-year-old reality star said when sitting down with the Wall Street Journal. Noting that she and her ex still work together on some of her business ventures, the socialite explained, “He has a piece of SKIMS himself and gives [the team] inspiration but also information. I think he enjoys the process.”

Kim, who shares four children with Kanye, submitted the divorce papers in February. Despite the separation, the younger sister of Kourtney Kardashian and the Yeezy designer managed to maintain good co-parenting.

Many believed that Kim and Kanye have rekindled their romance after they were spotted spending time together several times. One event in particular took place in late September, when the estranged couple was caught on camera grabbing dinner together. They were seen at Nobu in Malibu with the TV personality’s friend and CMO of SKIMS, Tracy Romulus, as well as Tracy’s husband, Ray Romulus.

Earlier this month, HollywoodLife.com reported that Kim and Kanye were “in a good place.” A source claimed to the outlet, “Kanye and Kim have been communicating better than they have in months….He’s been seeing the kids a lot more, too.” The source continued, “Because of this, they’re spending more time together. They’re finally in a good place.”

“[Kris Jenner] really helped Kanye and Kim get to a place where they’re communicating more,” the unnamed insider further elaborated. “Kim doesn’t love the fact that she’s so involved in this way, but she knows she’s good at it.”