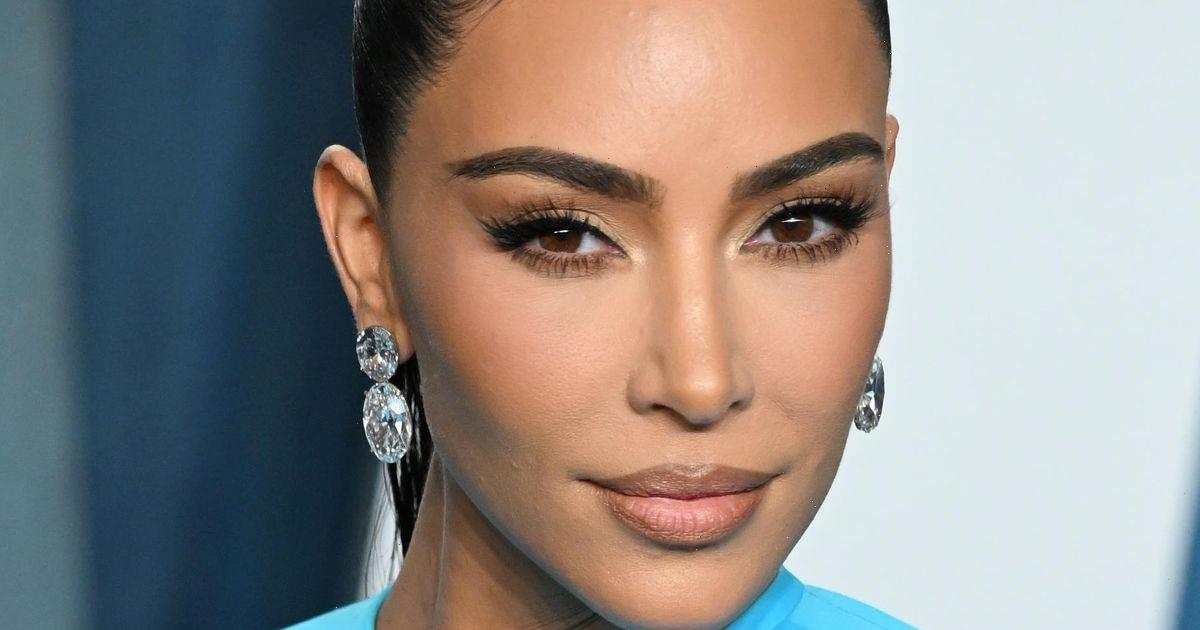 Kim Kardashian has shocked fans on social media after she debuted a brand new look as part of a magazine cover shoot.

The 41 year old star shared a series of images taken from her cover shoot for Interview magazine on Tuesday, but instead of her usual trademark brunette look, the reality star was seen sporting a platinum blonde hairstyle complete with matching eyebrows.

While it isn’t the first time Kim has worn either, it did leave fans doing a double take, as the bleached brows completely transform her face, leaving her almost unrecognisable.

The magazine shoot, which was part of the publication’s ‘American Dream’ issue, featured a number of unique looks, including a double denim outfit…complete with the star’s iconic bum on full show as she posed in front of the American flag.

In several of the photos, Kim could also be seen sporting a jockstrap as she posed in a locker room, while a few more traditional outfits such as a blue denim jean and white tank top followed.

Within one hour of sharing the images, Kim had earned more than 1 million likes on the photoset, with plenty of fans weighing in on her new look.

“This is gorgeous!” Gushed one fan, while another weighed in adding: “Kim in a jockstrap is going to break the internet.”

A third then added: “She is serving!” Alongside a crying emoji and a jeans emoji.

Before a fourth summed up her bold new look by commenting: “You look so different!”

Not everyone was a fan however, with some fans arguing that the look was a step too far and left Kim nearly unrecognisable, even to some of her biggest fans.

“This looks nothing like Kim I didn’t even recognise her until I read the caption,” lamented one commenter.

“That is the ugliest….. Kim you are beautiful what is that?????” Questioned another fan.

While a third added: “Kim, where did you go? Doesn’t look like you.”

Despite the polarising opinion on Kim’s bold new look, the Kardashian herself doesn’t seem too fazed, with the star even telling the publication in her accompanying interview that “blondes have more fun.”

“I am keeping it for a little bit,” she explained during a Q&A with the magazine, one day after her shoot.

“ I feel like in the fall I’ll go dark, just because I don’t want to damage my hair. But, I do think blondes have more fun. I just feel different.”