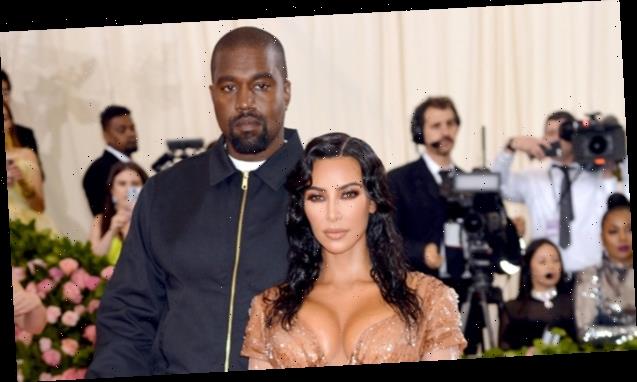 Not everyone was thrilled with Kim Kardashian after she endorsed husband Kanye West for President of the United States.

This didn’t go over well. Kim Kardashian, 39, received a ton of backlash on social media when she shared her husband Kanye West‘s initial tweet about him running for POTUS on Saturday, July 4. She only added an American flag emoji to her own tweet but that was enough for people to be enraged that she would even consider supporting him. “Democracy is not a play thing for the rich and famous. Real lives are at stake,” one person wrote in response while another chimed in with something similar by saying, “They don’t care. This is all a fame game for them, the consequences of which they will not suffer.”

It wasn’t all negative for the KKW Beauty founder as some found humor in the situation. One joked about it really being the “WEST wing” by sharing a pic of Kim cuddling with their eldest daughter North West, 7, during their time in the Oval Office.

Then there were people who believed he was doing this just to get Donald Trump re-elected in November. “Do you guys think this is all a joke?,” actor Eric Balfour tweeted. “That potentially pulling votes away from the only nominee who can defeat Donald Trump is cute or funny? This is the height of privilege, ultimately it won’t hurt you, you’re wealthy enough to survive 4 more years of Trump! Come the f**k on!”

Kanye definitely shook things up in the late hours of July 4th when he broke the internet with his POTUS-related announcement. “We must now realize the promise of America by trusting God, unifying our vision and building our future,” he tweeted. “I am running for president of the United States! #2020VISION.”

The Grammy-winning rapper has dropped hints about a presidential run in the past. “When I run for president in 2024, we would’ve created so many jobs that I’m not going to run, I’m going to walk,” he said in front of a packed crowd at the Fast Company’s Innovation Festival last fall.