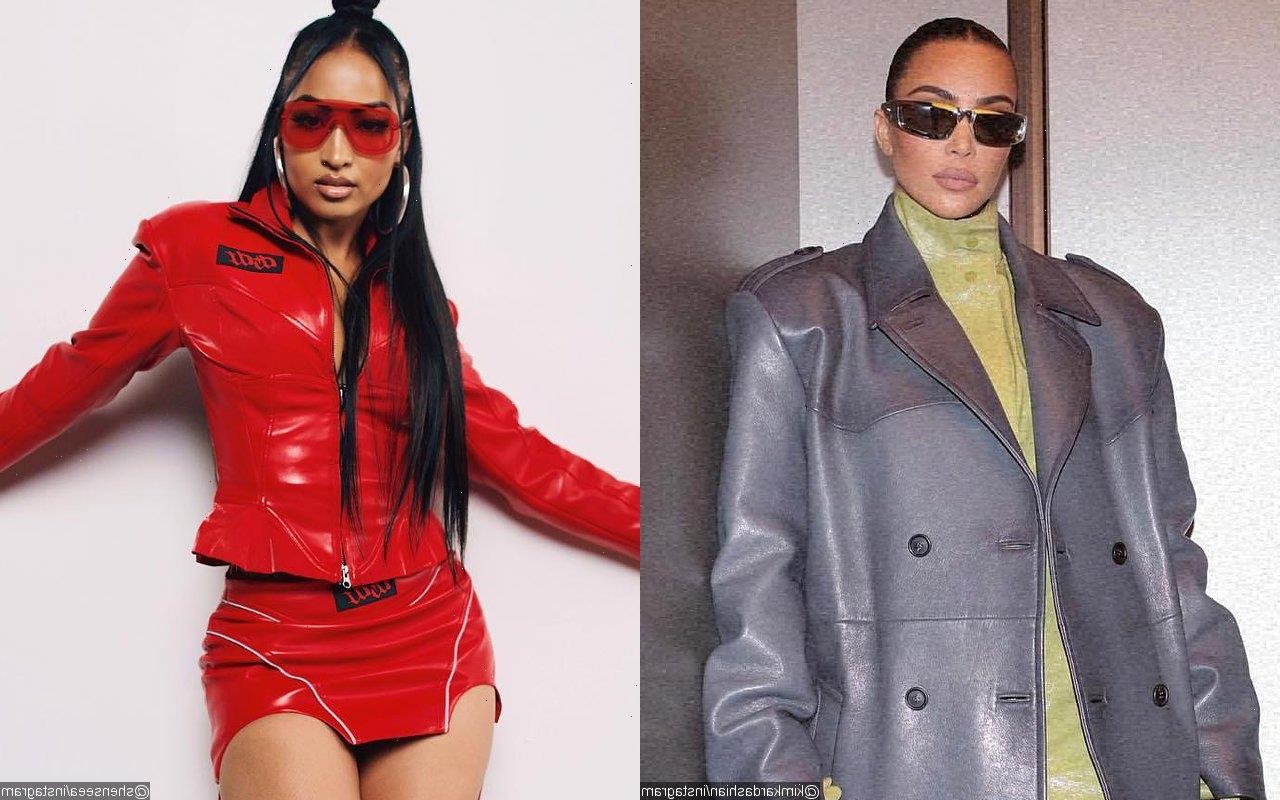 In a new interview, the ‘Deserve It’ songstress praises the former ‘Keeping Up with the Kardashians’ star for ‘trying to make a change’ as she ‘works different forms’ of job.

AceShowbiz –Kim Kardashian has found support in Shenseea. Shortly after “The Kardashians” star sparked controversy over her “tone-deaf” career advice, the “Deserve It” songstress said that she agreed with the reality star.

In a new interview with The Cruz Show, published on Tuesday, March 15, the Jamaican musician insisted that Kim wasn’t totally wrong. “A lot of people are saying [of Kim’s advice], ‘Great message, wrong messenger,’ ” said the host, before the “ALPHA” artist replied, “Why? No. Because at the end of the day, [Kim] cannot continue to do what she’s doing without working.”

“She [is] still working. Even if it comes easy, there are a lot of people that come from money and they just sit there,” Shenseea explained further. “While [Kim is] branching off in fashion, doing this, you see her popping up here and there. She’s doing things with lawyers. She’s trying to make a change.”

Shenseea went on to highlight that the “Keeping Up with the Kardashians” alum “works different forms of work.” The “Lick” singer added, “But they still have to work. To me, the Kardashian [family] still work,” before stressing, “Ones that we’ve been seeing, they’re working even to get up and do a reality TV show. That’s a work.”

Shenseea’s statement came days after Kim landed in hot water for her remarks. In an interview with Variety, the SKIMS founder said, “I have the best advice for women in business. Get your f**king a** up and work.” She then alleged, “It seems like nobody wants to work these days.”

Among those criticizing Kim’s insensitive comments was Jameela Jamil, who pointed out that Kim was born in a wealthy family. “I think if you grew up in Beverly Hills with super successful parents in what was simply a smaller mansion… nobody needs to hear your thoughts on success/work ethic,” the “How to Build a Girl” actress wrote. “This same 24 hours in the day s**t is a nightmare. 99.9% of the world grew up with a VERY different 24 hours.”