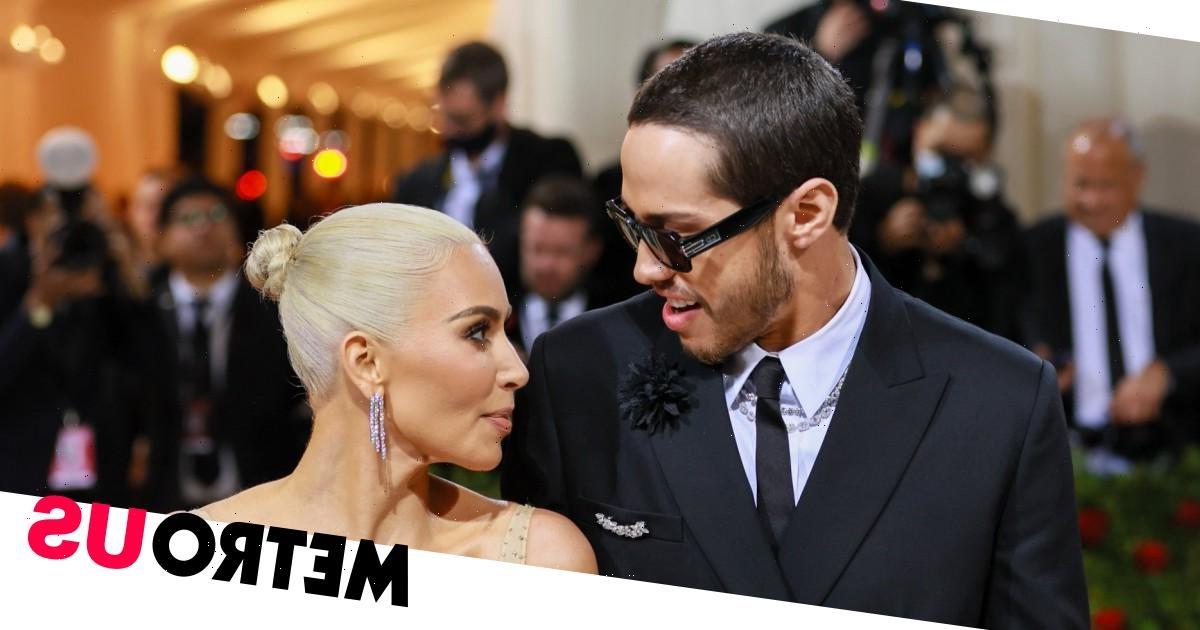 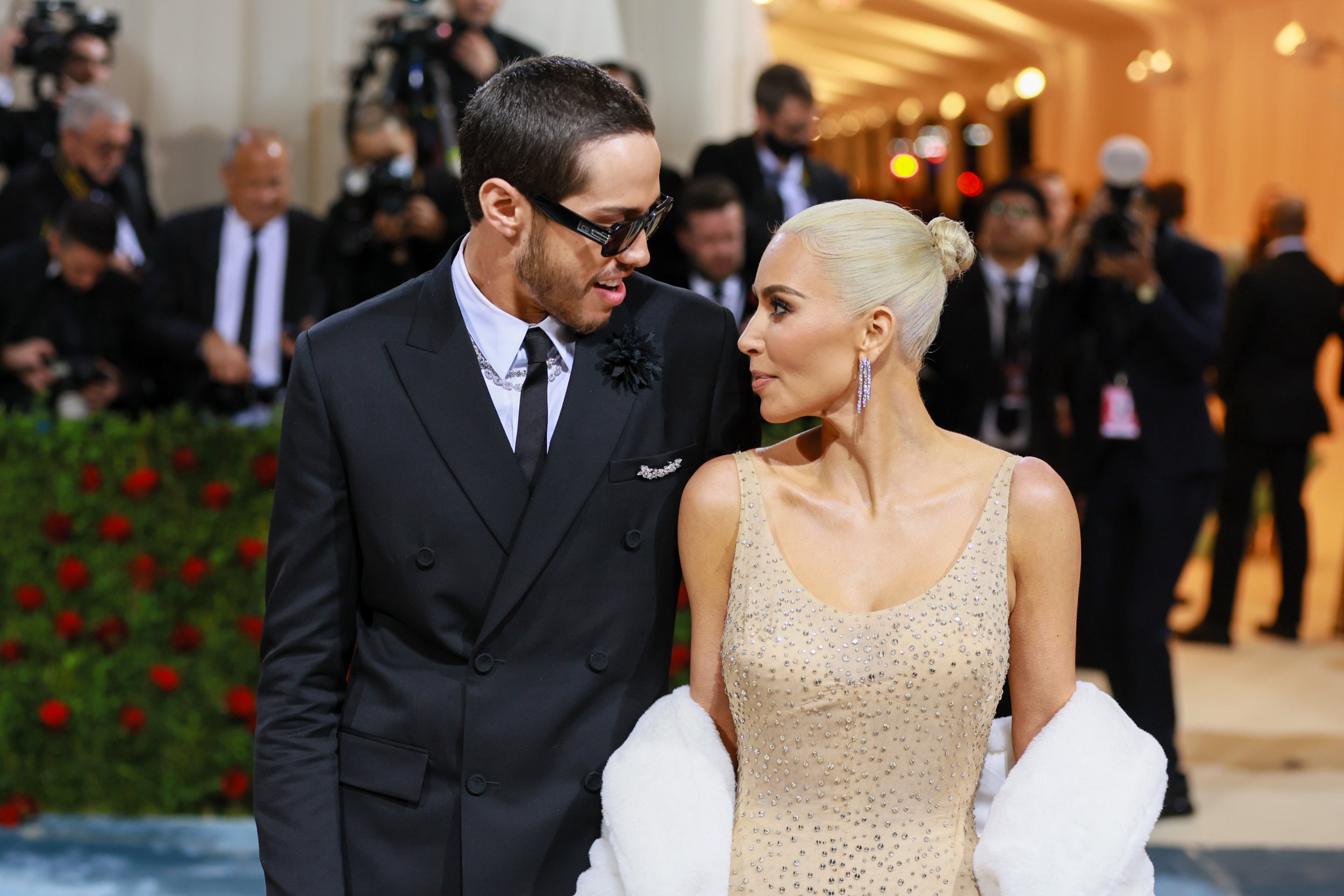 Kim Kardashian and Pete Davidson are definitely an official couple now as they’ve given their first interview together.

The couple, who have been dating since October 2021, attended the Met Gala in New York City on Monday evening, joining the rest of the Kardashian-Jenner clan and other A-listers such as Blake Lively, Gigi Hadid, Elon Musk and Stormzy.

After showing off her iconic Marilyn Monroe dress, Kim, 41, sauntered along and bumped into close friend Lala Anthony, who did the honours of hosting the red carpet for Vogue.

In the middle of Kim’s interview, former MTV presenter and actress Lala spotted Pete hovering behind and called out for him to join them, saying: ‘This is my brother, Pete!’

The Saturday Night Live comedian slowly moved into shot and sweetly promoted Lala’s line of products, joking: ‘Get Lala’s new hair product, it’s really great. It comes from rice, grows your hair back,’ before giving a thumbs up and walking off.

Kim then motioned for her 28-year-old boyfriend to come back, to which he did and was immediately showered with compliments from the ladies.

‘Pete, you look amazing, you look hot,’ Lala told him, as Kim agreed: ‘He looks so handsome.’

In true Pete fashion, he turned the compliments into a joke and quipped: ‘Thank you, she didn’t let me wear my propeller hat but it’s fine.’

Kim then revealed their after-party plans, which included eating pizza and doughnuts as she hadn’t eaten carbs or sugar for three weeks in order to fit the dress.

With all their very public outings in recent weeks, it’s safe to say that Kim and Pete’s relationship is pretty strong right now.

So strong in fact that Pete appears to have tattooed the names of the four children Kim shares with ex-husband Kanye West, on his neck. The King of Staten Island actor has the initials ‘KNSCP’ inked on the right side of his neck, which appears to reference North, eight, Saint, six, Chicago, four, and Psalm, two, in age order.

Pete also has ‘my girl is a lawyer’ tattooed elsewhere on his body as a tribute to his girlfriend, who recently passed the baby bar on her journey to practising criminal law.