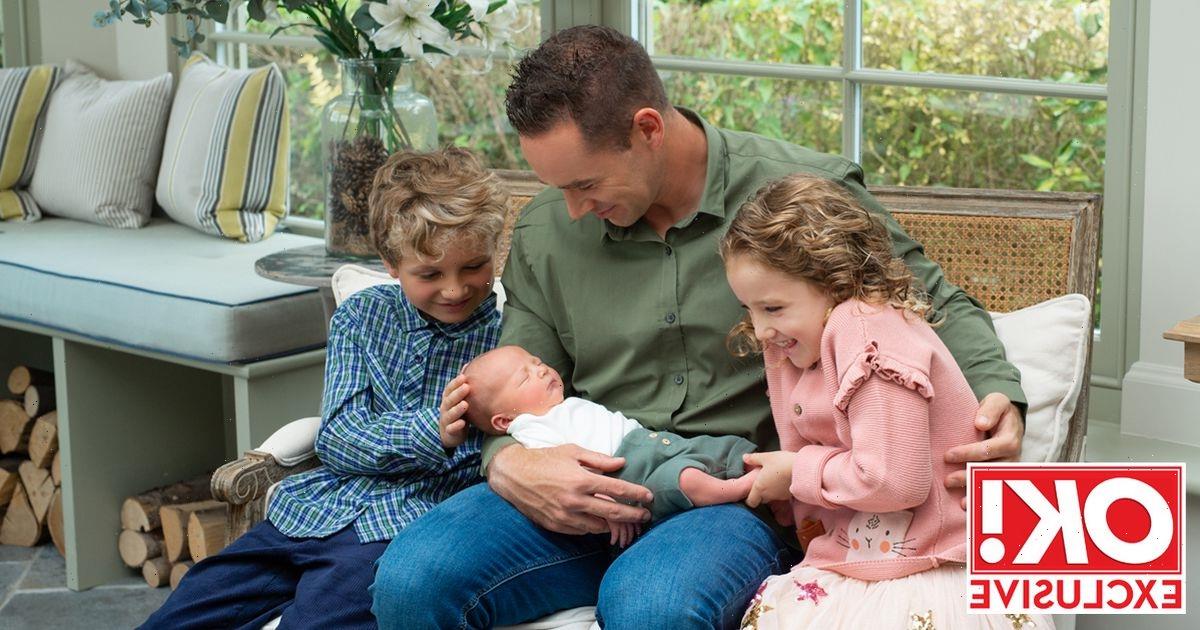 Kieran Hayler and his fiancée Michelle introduced their little boy exclusively to new! and wanted to also share the adorable moment they told their children his unique name.

Kieran, who shares Jett, 8, and Bunny, 7, with ex-wife Katie Price, gathered them round alongside Michelle and her son Valentino, 11, to reveal the name of their newest family member.

The 34-year-old built up the anticipation to the three kids as he exclusively told new!: “So it's taken us almost three days to decide the baby's name.

Michelle, who opted for a C-section for the birth, explained that the loved-up couple had two names which were “close contenders.” The pair had clearly been thinking long and hard about what their final choice was before telling the kids.

The three children were clearly extremely excited to find out what their little brother’s name is, as they waited patiently for stunning brunette Michelle to tell them.

The loved-up parents, who first met in 2018 through their children’s primary school, exclusively explained the meaning behind their new addition’s “strong” name. Kieran said exclusively to new!: “Apollo was a Greek God and Phoenix is the like, the bird rose from the ashes, like everlasting life.”

However, the gorgeous couple admitted that they weren’t always going to name their newborn with both names. “We decided to put them together at the last minute,” personal trainer Kieran explained.

“So they’re both really strong names and yeah, I think we both really liked them didn’t we? So that's why,” he told us.