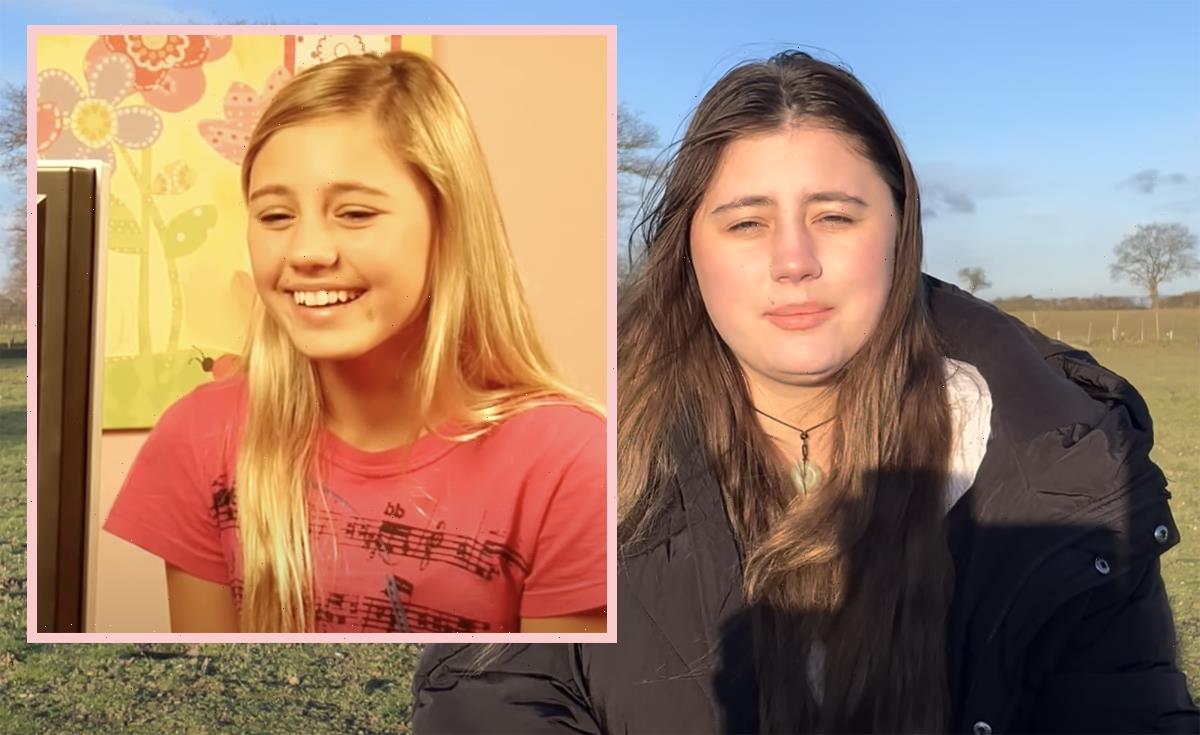 Lia Marie Johnson is opening up about her troubled past.

After years of fan concern, the 26-year-old, known best for her appearances as a teen in the Fine Bros‘ popular REACT YouTube series, is ready to share her emotional story. In a video uploaded to the social media app last week titled, “This is my story,” Lia detailed her past struggle with addiction, her abusive relationships, and a suicide attempt. She began:

“My story has been misconstrued, exploited, sensationalized. But now I’m taking my narrative back and I’m going to tell you my story.”

“When I was 17 I moved to Los Angeles alone to pursue my career. I worked hard and focused on my passions, but I was living in a whole other world when the sun went down. I was drinking, using drugs, and partying almost every night. My lifestyle became more dangerous as the years passed. I was truly on a collision course. Life isn’t always easy, I just never knew it could be so hard.”

Lia went on to recount an abusive relationship she found herself involved in at a young age:

“I was in a relationship with someone who I thought I loved, but even that changed when he put his hands on me and strangled me. I was so young I didn’t know what to do or how to speak up. So I stayed quiet. I don’t think I ever told anyone.”

“There was pain and loneliness in my life that not even drugs could fix. So when I was 18, I had my first suicide attempt.”

She explained that after being taken to the hospital, she went back home to San Diego, where she “got back on feet after some months of group therapy” — but eventually went back to LA after booking a role in a series. The YouTube star recalled:

“It didn’t take long to fall back into my crazy lifestyle and dangerous path.”

“When I was 19, I was signed to Capitol Records. I partied, I filmed, I drank until I blacked out, I made music, I smoked weed past my boundaries, I wrote poetry, I experimented with drugs and love, but I worked hard for what I wanted. Again, who knows what they want when they’re just 19 years old.”

“When I was 20, I got into a car accident, and I’m lucky to be alive. It was a scary moment that should have changed the way I was living but I still didn’t get the message.”

She noted after that, she began to feel “strange, mentally,” citing depression and anxiety. She went on:

“It was immediately after that that life started to change drastically.”

While trying to focus on her career, it all “became too much, and I was ending up in hospitals due to my poor mental health.” She added:

“The worst part was spending time in psychiatric wards due to falling into drug-included psychosis.”

She explained of the mental state:

“Your reality warps, you can hallucinate for days, weeks and sometimes for the rest of your life. You can hear voices and they can tell you to do things to yourself or others that you don’t want to do.”

Over the course of 2019, the young star found herself in another abusive relationship, was dropped by her record label, and was allegedly assaulted by her producer, who encouraged her to drink while she was early into an attempt at sobriety. She recalled an Instagram live in which he was caught, but claimed it did “further damage to what people thought of” her instead of him.

Then, in January of 2020, she met someone new with whom she had a “complicated relationship.” Unfortunately, she admits, she was “using heavily with” this person. The following July, he tragically died by suicide. Lia noted that “losing him was one of the hardest realities I’ve ever had to face.” Thankfully a friend stepped in and helped her get sober. She concluded:

“I tried almost every single drug you can think of and lost everything I had. I’ve been to jail, psych wards and rehabs. I’ve slept on the street and now I can tell you that the one thing that saved me was love. Real love. That’s why I’m here. Because love is so powerful. Love is the reason I’m alive.”

Wow. We’re so blown away by the bravery of this young woman to tell this story! See her full emotional video (below):

As of now, Lia lives with her partner, Charlie Hudson, in England. She just marked 10 months of sobriety.

What a harrowing story. We’re sending her all of our love. Share your support in the comments down below.

If you or someone you know is contemplating suicide, help is available. Consider contacting the 988 Suicide & Crisis Lifeline at 988, by calling, texting, or chatting, or go to 988lifeline.org.

If you or someone you know is experiencing substance abuse, help is available. Consider checking out the resources SAMHSA provides at https://www.samhsa.gov/find-help/national-helpline.

If you or someone you know is experiencing domestic violence, help is available. Consider calling the National Domestic Violence Hotline at 800-799-7233, or text START to 88788, or go to https://www.thehotline.org/.