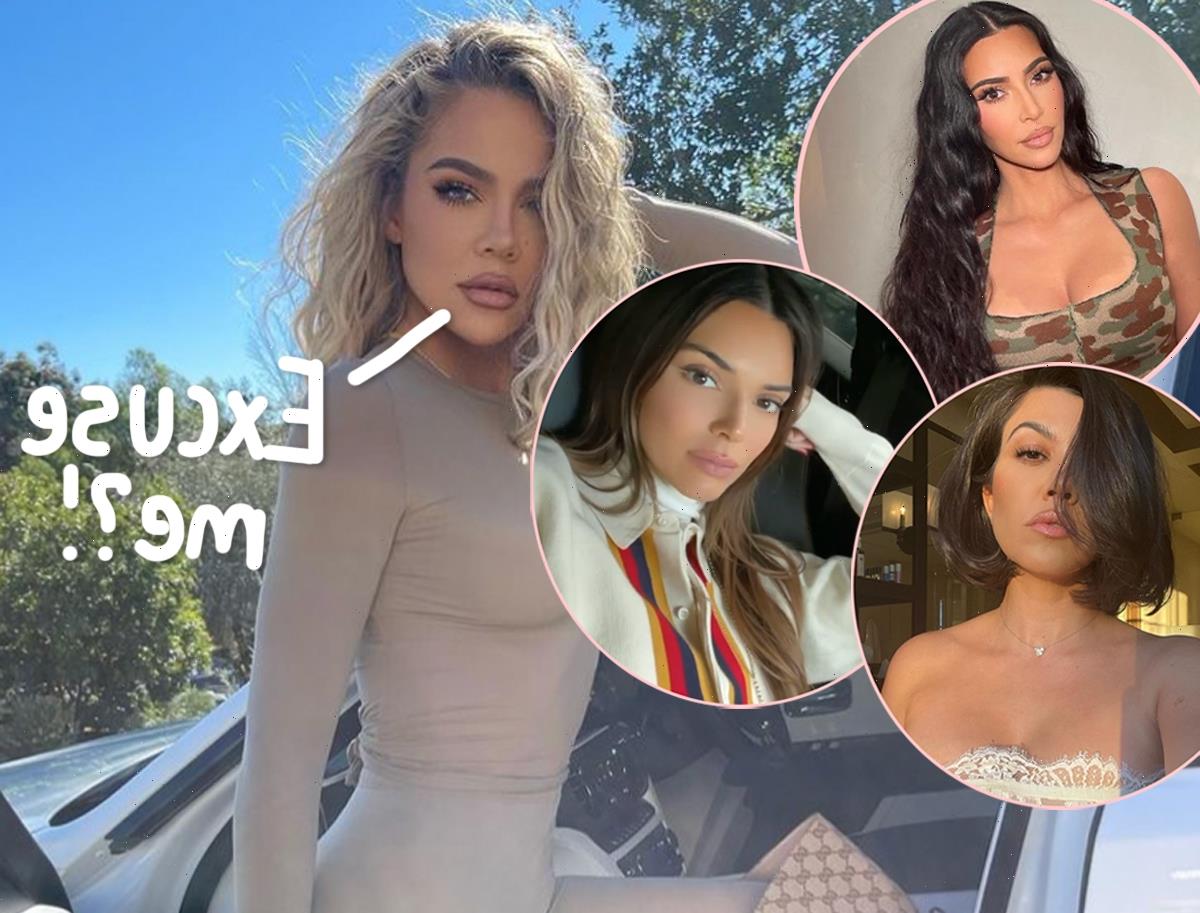 The 37-year-old Keeping Up With the Kardashians alum shut down a social media user on Tuesday after they questioned why she was not present on the red carpet for the Vanity Fair Oscars party like her sisters. In case you missed it, Kendall Jenner and Kim and Kourtney Kardashian (accompanied by Travis Barker, naturally) made quite the splash on that red carpet over the weekend.

But later a Kardashian fan account posted a snapshot of Khloé rocking a blonde cropped hairstyle and shimmery dress from Celia Kritharioti while posing next to Kimmy Kakes and Stassie Karanikolaou. One person may have misinterpreted the photos, believing True Thompson’s momma attended the annual after party with her sisters — but wasn’t “important enough” to be photographed on the carpet. They wrote in the comments section:

“Wait so khloe was there but not important enough to walk the red carpet?”

The commentator was definitely trying to defend Khlo’s honor here. They also called it an “insult to injury” that the Good American founder seems to be “the only Kardashian” who has never attended the Met Gala in the past.

Well, in typical Koko fashion, she was not having it with the internet critics and fired back! In response, she called out the person for being misinformed with their comments, replying:

“I don’t know what on earth you’re talking about and where you think you come up with these stories that you assume are facts. Both your comments are untrue babe.”

As it turns out, while her sisters Kourtney, Kim, and Kendall all stopped by to pose for some snaps on the red carpet at the Vanity Fair afterparty, she actually attended Beyoncé and Jay-Z’s Oscars bash on March 27. It then looked like Khloé met up with Stassie and Kim at that party at one point in the night, thus taking the group shot.

As for the claim that she is the only Kardashian not to attend the Met Gala? Well, it is true Khloé has not yet made it to the annual star-studded event. However, Kourtney also never attended! Kendall, Kim, Kylie Jenner, and Kris Jenner have all been invited in the past. A rumor previously circulated that Khloé was banned from the Met Gala last year, but she denied the accusation, saying at the time it was “absolutely not true”.

Who knows?? Maybe we will see Kourt and Khloé make their debut on fashion’s biggest night this year! We certainly would love to see yet another red carpet moment from Kravis — and having Koko stun us all with a killer ensemble, too?? PLEASE!

While the reality star had to slam the assumption, it was mostly positivity in the comments section. There were plenty of people who hyped her up, including Scott Disick. After Khloé shared some snaps of her ‘fit on Insta, which she said was giving “Scarface Elvira Energy” in the caption, the Talentless creator reacted with a quote from the 1983 movie Scarface. Alongside a heart emoji, he commented:

“Say hello to my little friend.”

Reactions to her response, Perezcious readers? Let us know!