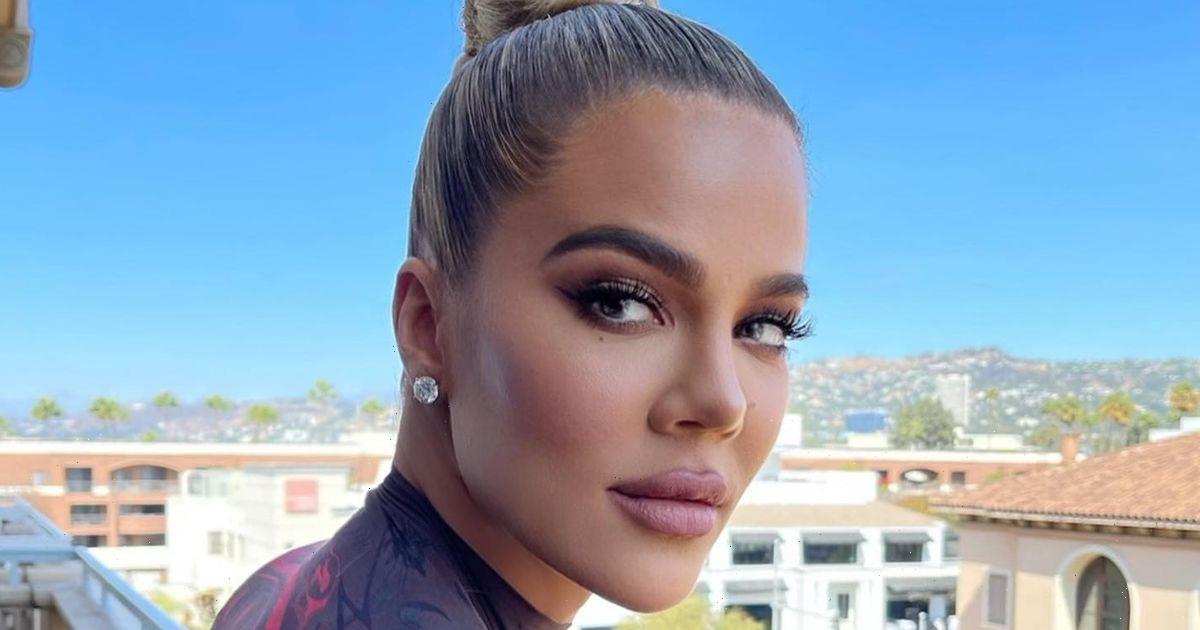 Khloe Kardashian's fans are convinced the mum-of-one had a bizarre Photoshop mishap after she posted her latest images.

The 37 year old superstar shared a series of stunning new snaps from a hotel balcony to her Twitter and Facebook pages.

In one shot, she leant over the stone railing and showed off her incredible svelte figure.

But the gorgeous star, who has been criticised for "editing" her photos on numerous occasions in the past, then seemed to look even slimmer in her next photo, which showed her stretching her arms into the air and revealing her teeny waist.

Her silky blonde tresses were scraped back into a tight bun as she showed off her dewy skin and smokey eye makeup.

"To the ones who doubted if I took A photo this day," Khloe captioned the post next to a cheeky tongue emoji.

Convinced the beauty had manipulated the image in an unusual and natural way, one fan commented: "This is Photoshop right? Khloe before got a banging body than this."

"Can’t believe we still let this woman tell the world she’s had no surgery," another wrote.

While a third picked up on the unusual length of the reality star's hands in the snap, saying: "Those hands look a little too long in the last photo."

One fan tried to convince Khloe she was already gorgeous enough without needing to edit her body in pictures, saying: "Stop editing pictures, look how beautiful you are."

They also shared another image of the star from afar where she was wearing the exact same outfit but not posing for the camera.

Walking down the street with her mum Kris Jenner, the pair showed off their natural curves and flawless makeup as always.

Trying to clear up the situation another eagle-eyed person then guessed: "It’s an app that makes your limbs longer it’s now a trend chloe bailey did it too."

"It’s a camera lens. Why aren’t you all still not getting that it’s nothing meant to look real," another fan added.

It comes as Khloe has recently started posting more "unretouched" pictures of herself for fans.

Stay up to date with all the latest on the Kardashians by signing up to OK!'s daily celebrity newsletter.